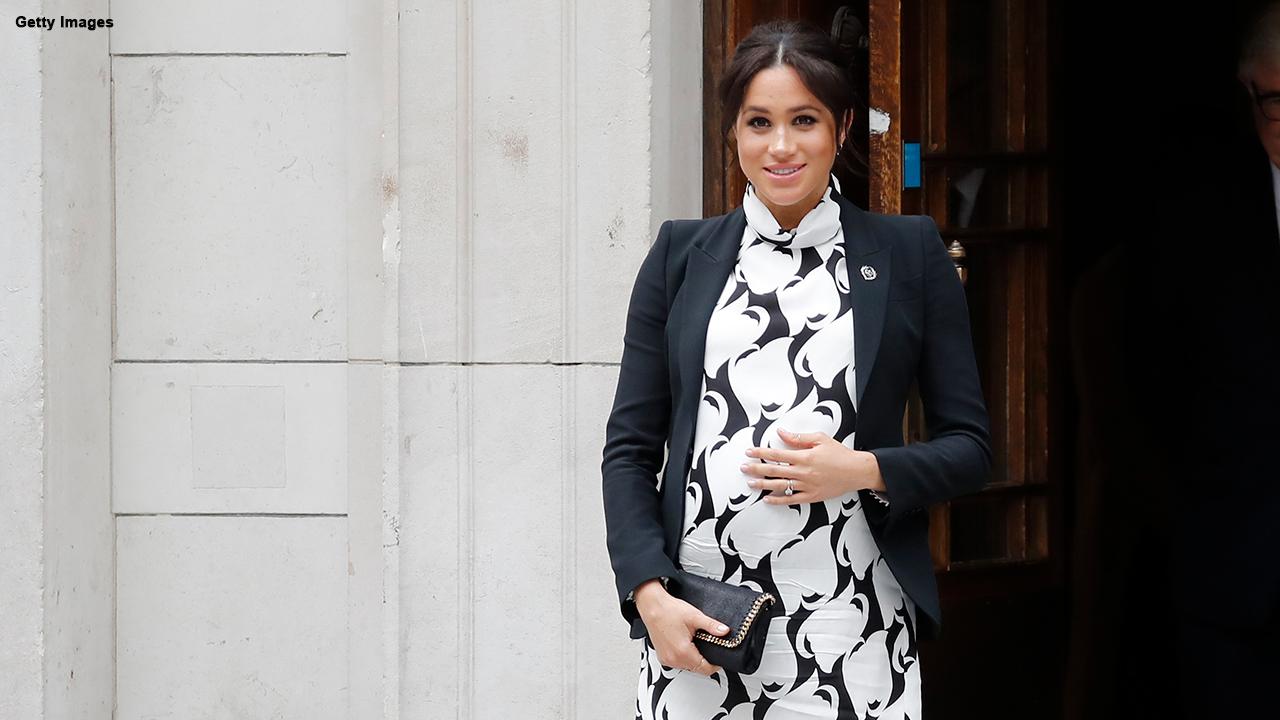 Meghan Markle is reportedly due to have her royal baby at the end of April or the beginning of May. So how should the Duchess of Sussex be preparing for her first delivery? Fox News’ Dr. Manny Alvarez sits down with a physical therapist to discuss what moves and birthing positions could be helpful to the royal soon-to-be mom.

With the upcoming royal birth of Meghan Markle and Prince Harry’s baby, many royal fans may be wondering how the Duchess of Sussex is preparing for her baby’s impending arrival.

“One of the first things she can do to help herself is learning positions to relax the pelvic floor, that’s going to help her during labor because it will make it easier for the baby to exit,” Marianne Ryan, a physical therapist and author of “Baby Bod” told Fox News.

According to the NHS, the pelvic floor muscles are located between your legs and run from your pubic bone at the front, to the base of your spine at the back. They help support the uterus, bladder, small intestine and rectum.

Ryan said while Kegels are the most common form of exercise to help strengthen the pelvic floor, Markle and other moms-to-be can try lower tummy breathing exercises and modified yoga poses like a wide-leg child’s pose to help as well.

Ryan also explained that there are birthing positions that some doctors may not consider using during labor that could better protect your pelvic area.

“There are certain birthing positions that are less destructive or traumatic to the pelvic floor muscles, such as modified squatting, where you squat and lean your body against a chair, partner or birthing ball,” Ryan said.

Fox News’ Dr. Manny Alvarez, who is a practicing OB/GYN and serves as the chairman of the department of obstetrics/gynecology and reproductive science at Hackensack University Medical Center in New Jersey said he has found using birthing balls can even help with the rotation of the baby’s head during delivery.

“It [birthing ball] sort of holds up the brim of the pelvis and allows the head to easily rotate as the contractions go on,” Alvarez told Fox News.

Ryan agreed that sitting on a ball can help position your baby in a way that’s best in line with gravity, while lying flat on your back with your legs in stirrups, the most common birthing position in the U.S., forces your baby to work against gravity.

“The problem with this position is that it is not gravity assisted and when the thighs are rotated outwards it actually decreases the size of the boney outlet, making delivery harder,” Ryan said.

Other general tips that studies have shown to help women who are coming up on their due dates include continuing a moderate exercise program. One study published in The European Journal of Obstetrics and Gynecology and Reproductive Biology found that women who exercised three times a day had a less total labor time compared to a group of women who didn’t exercise.

EXERCISING WHILE PREGNANT: HOW MUCH IS TOO MUCH?

In another report, research showed that women who ate six dates for four weeks before their due date had significantly higher cervical dilatation upon admission compared with the non-date fruit eaters. Ninety-six percent of those who consumed dates also went into spontaneous labor compared to 79 percent of the non-date eaters. And perhaps one of the biggest benefits found was that the first stage of labor lasted an average of 8.5 hours in the women who ate dates versus 15 hours in those that didn’t.

Some reports have stated that Markle is doing hypnobirthing to prepare for labor.

According to the Mayo Clinic, Hypnobirthing “uses self-hypnosis and relaxation techniques to help a woman feel physically, mentally and spiritually prepared and reduce her awareness of fear, anxiety and pain during childbirth.”

A study published in the Journal of Clinical Hypnosis did in fact find that hypnosis reduced labor analgesia use and other medical interventions.

“[You can] use hypnosis techniques like creating a pain dial that allows you to dial the pain down and reduce discomfort so you use less pain medication,” Battaglia told Fox News. “In that relaxed space she can envision (or imagine) a pain dial in front of her. The dial is from 0-10 with 10 being the highest for pain. Let’s say it’s a 7 discomfort from a contraction, she sees the dial and turns it down to a 6 and keeps dialing it down to as low as she can get it. Ideally a 0. Even if she brings it down a few numbers it gives her more comfort and makes her feel empowered to do this for herself naturally.”

Battaglia also said women can use positive affirmations like “I have an easy pregnancy and delivery” so they can continue the hypnosis relaxation support at home or at a hospital.

“Hypnosis empowers women to have the tools to stay relaxed and calm in labor” Battaglia added.