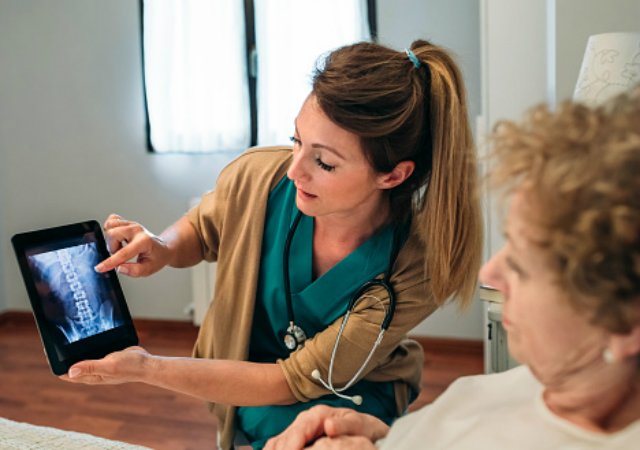 Tokyo: Researchers have found a new molecular link between oestrogen and bone ageing, which may eventually lead to new strategies to treat osteoporosis among post-menopausal women. Osteoporosis is a condition in which bones become weak and prone to fractures.

Women over 50 are at a high risk of developing osteoporosis, which may be due to the loss of oestrogen that occurs after menopause. “Over the last few decades, we’ve learned that oestrogen plays an important role in maintaining a functional bone matrix,” said Tomoki Nakashima from the Tokyo Medical and Dental University (TMDU) in Japan.

However, how oestrogen does this, was not fully understood, the researchers said. In the study, the researchers discovered a protein called Sema3A, which was found to maintain bone matrix — proteins and minerals in bone — suggesting a relationship between oestrogen and Sema3A.

Further, the researchers found that blood serum levels of the protein Sema3A decreased in pre-menopausal women as they get older and dropped even more once they reach menopause.

In the study done on mice, the ovaries of mice were removed but it was found that the loss of oestrogen did not prevent their bones from deteriorating. In addition, Sema3A was found to promote the survival of osteocytes — bone cells — in these mice.

“We believe that as women lose oestrogen with age and Sema3A levels drop, osteocytes begin to die and bone loses the ability to maintain its supportive structure,” Mikihito Hayashi from the varsity said.