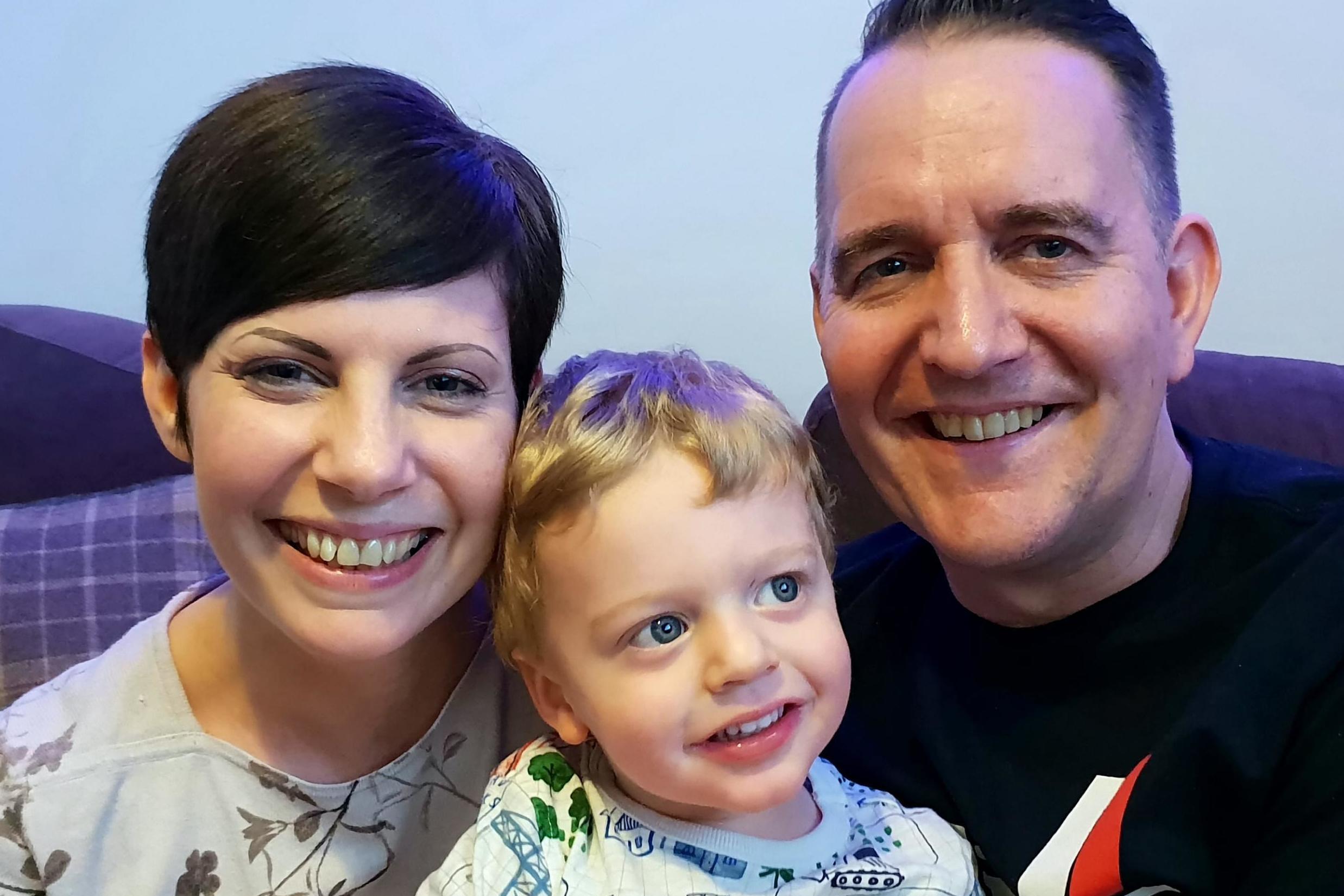 A woman who endured eight miscarriages has revealed she fell pregnant just weeks before her husband booked in for a vasectomy.

Despite losing every baby at six weeks for almost a decade, Rachael Bosworth, 38, never gave up hope that she would finally have a child.

But Bosworth’s husband Ian, 47, couldn’t face watching his wife go through another trauma and decided to have a vasectomy.

One month after he went to his GP to organise the procedure, Bosworth found out she was pregnant again.

A scan at six weeks and one day revealed that she was still pregnant and in January 2017, their son, Ellis, was born weighing 5lb 15oz.

Now, the new mother is speaking out with the hopes of help other people who have experienced recurrent miscarriages.

“You should keep on pushing. You need to keep knocking on doors,” Bosworth said.

“That’s what happened to me and now I have Ellis.”

According to Tommy’s – the largest charity funding research into the causes of miscarriage, stillbirth and premature birth – one in 100 women experience recurrent miscarriage, which is defined as three or more miscarriages in a row.

The organisation explains that the cause is unknown in around half of cases and that research into the topic is the “only way we can save lives”.

“One in four women suffer a miscarriage at some time in their lives, and a small proportion of couples suffer multiple losses,” Tommy’s states.

“Only one in 100 women suffer three miscarriages in a row and most couples who experience a loss go on to have a successful pregnancy in the future.

“It’s important to know that the vast majority of miscarriages aren’t caused by anything that you or your partner have, or haven’t done.”

In Bosworth’s case, scans at St Mary’s Hospital in London revealed she had a misshapen womb and surgeons operated to remove a thin layer of cells around the uterus – called a septum removal operation.

However, she still went on to suffer a number of miscarriages and soon began to feel depressed, revealing that every time she find out she was pregnant she would “just wait for the blood to come through my underwear”.

The Miscarriage Association – a charity that offers support and information to anyone affected by the loss of a baby – explains that many women can experience “a mixture of hope and fear” when they discover they are pregnant following a miscarriage.

“You may feel mixed emotions; ranging from cautiously optimistic one day, to overwhelmingly anxious the next,” the Miscarriage Association states.

“You may feel on high alert, trying to detect any possible symptoms of miscarriage or ectopic pregnancy. Being pregnant again can also sometimes be comforting, easing feelings of loss. But you might also feel guilty or worried about forgetting your last pregnancy.

“Know that your feelings, whatever they are, are normal and understandable given what you have been through.”

When Bosworth fell pregnant again she admits she kept her expectations low but when she got to hear her baby’s heart beat for the first time, that all changed.

“To finally be in a position of hearing a heartbeat was just something else,” Bosworth said.

“I just couldn’t believe it. It was our little miracle.”

For more information and support about miscarriages you can contact the Miscarriage Association on 01924 200799 or email info@miscarriageassociation.org.uk.