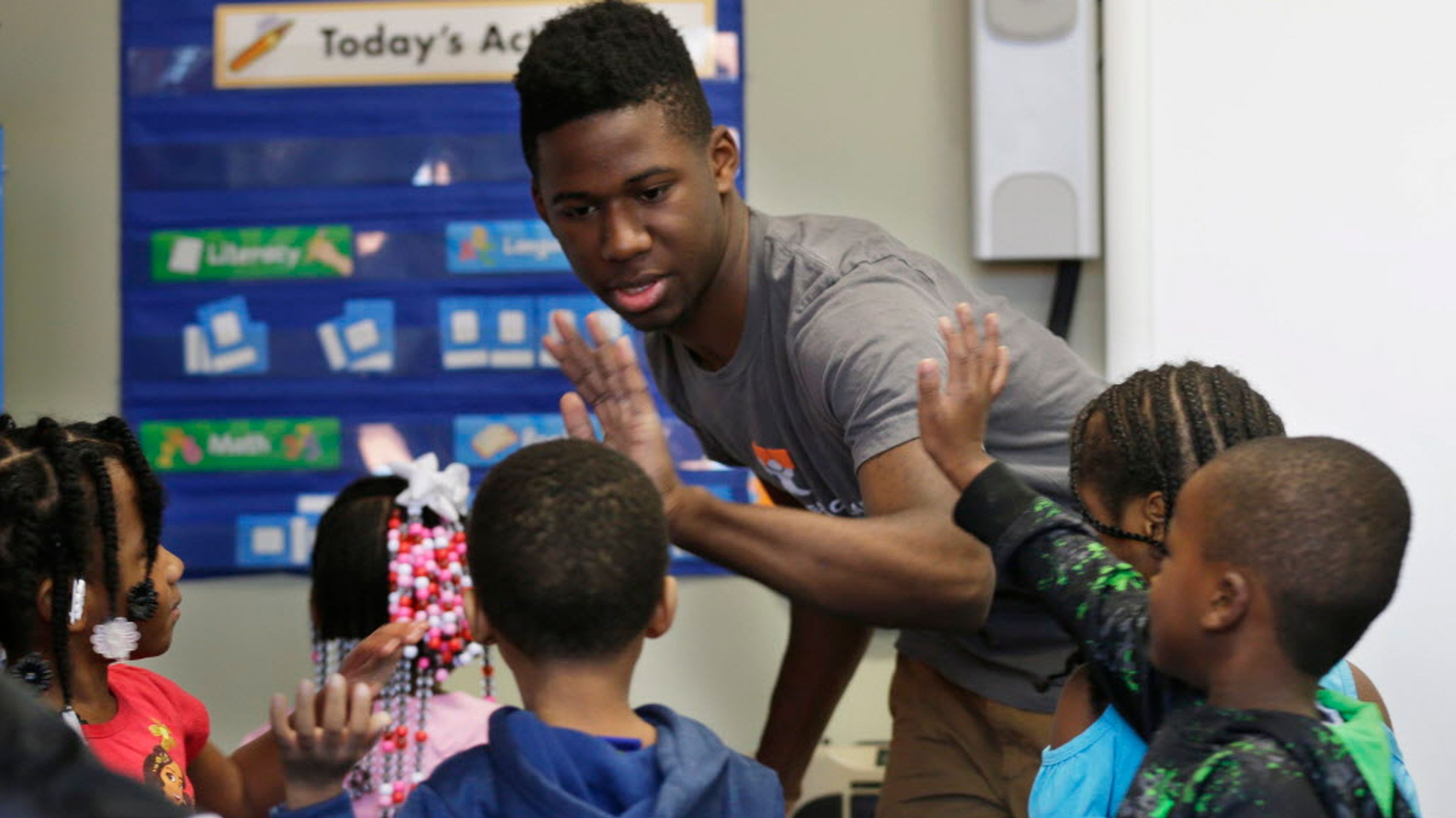 Over half of Wisconsin children live in a “child care desert,” where there’s only one slot of licensed child care for every three children, according to research conducted by the liberal Center for American Progress. Several counties, such as Washburn, Sawyer and Iron, didn’t have any licensed child care providers at the time the report’s data was collected.

“It’s one of these sort of odd scenarios where the stronger Wisconsin’s economy is, unfortunately, the harder it is to keep people working in early childhood programs,” said Ruth Schmidt, executive director of the Wisconsin Early Childhood Association.

The average child care worker in Wisconsin earns $10.33 an hour, and most centers can’t afford to pay their employees more. Child care teachers on average have pursued more degrees than the typical Wisconsin worker but make below the median wage for workers with the same education level.

Meanwhile, just 17 percent of child care teachers are eligible for and receive health insurance from their employers, according to the report.

Many industry leaders said child care providers are paid like baby sitters, and there’s a lack of understanding about the role these centers play in early childhood development.

Thank you! You’re almost signed up for NewsWatch Delivered

“One of the things that I always say is if people really understood what is happening in the brain in the first five years, our infant-toddler teachers and our preschool teachers would be the highest-paid folks around,” said Abbi Kruse, founder and executive director of The Playing Field in Madison.

Kruse said 89 percent of the center’s revenue goes to staff salaries and benefits.

The center would have to charge families higher tuition to raise teacher pay, Kruse said.

“Anytime we raise tuition rates, we’re taking that directly out of the pockets of families,” Kruse said. “Are these teachers worth more? Absolutely. Can families afford to pay more? Absolutely not.”