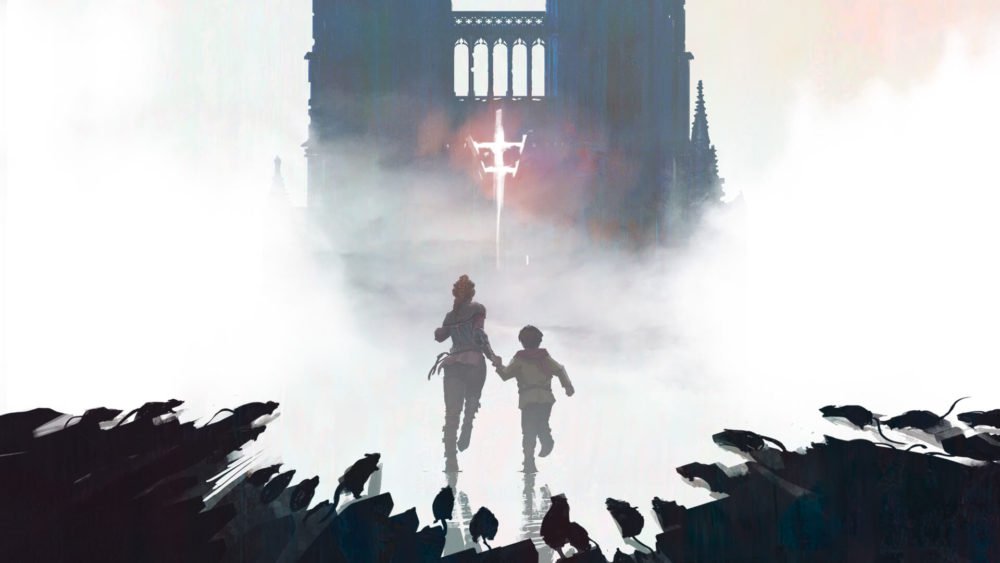 We don’t blame you if you’re struggling to figure out where to find every curiosity in A Plague Tale: Innocence. With 26 in all to find scattered around most every chapter in the game, curiosities can be a pain to track down.

Where to Find Every Curiosity in A Plague Tale: Innocence

Sure, they encourage you to explore the game and give you historical lore for each one you find, but finding them can take hours of scouring and, if you’re unlucky enough to miss a few during your initial play through of the game, hours more of backtracking.

After entering Amicia’s house at the De Rune estate, head through the right doorway and hug the wall to your left. This will bring you to another doorway. Go through it to find a ladder which you can climb up to reach a wooden walkway.

Continue down the walkway toward a shelf with a bowl of spices on it. Examine the spices to cross the first curiosity off your list.

Next, continue along the chapter’s main path until you meet the servant who tells you where Amicia’s mother is. After she does, she’ll go into Amicia’s room while saying she found something for her.

Follow her into Amicia’s room and you’ll find the next curiosity sitting on the bed found inside.

As you progress through Chapter Two, you’ll come to a town that has been hit by the plague. As you enter the town proper for the first time – that is, paste smattering of abandoned shops and merchant’s stalls – you should continue down the path until it forks.

When it does, go to the right and continue on until you come to an archway to your right just past a bridge. Go under it, then hug the wall on your right.

This will bring you to a locked house with a table to the left of the doorway. The curiosity will be sitting on the table.

After you escape from the mob of villagers into Clervie’s house, you’ll be able to explore her house before heading out and continuing the level.

Look for a dresser with a bowl of herbs on it. Examine the bowl to unlock another curiosity.

After reaching the swinging pyre puzzle in the depths of the church, look to the right of the area being illuminated by the flames. You should see a barrier that you can run over to and vault over.

Do so, then look up and to the right of the room. You’ll find a pot of liquid you can examine to cross the Brew curiosity off your list.

After reuniting with Hugo, head up the ladder he used to reunite with Amicia on the ground level. This will bring you to the upper level of the room. Directly ahead of you will be a wooden box with the curiosity inside of it.

At the very start of the chapter, head along the main path until you come to a break in the fence on your right. Head through the break, then follow the shore toward a small dock where Hugo will stop to look at bubbles coming out of the water.

After he’s done, look for a tree stump to your left. Circle around it and you should find the Hermetic Jar at its base.

After finding and entering Laurentius’ house, head to the upper level and continue on toward the door to the far right of the house. There, you’ll find a piece of paper you can examine to get another curiosity.

After evading the grave robbing soldiers, head along the main path until you reach a pyre you can light from a distance. Light the pyre, then shoot down the two hanging bodies to distract the swarms of rats and clear your path.

Instead of proceeding forward however, circle around the swarm of rats on your left and look for a corpse secluded on the left side of the area. Go to the corpse, and you should find the Oliphant curiosity to the left of him.

Once you reach the portion of the level where you need to push a lit cart through a swarm of rats, look to your left. You should be able to see the light from a guard’s lantern in the distance.

Push the cart toward him until he is alerted by the sound. Once he is, disengage from the cart, ready a rock with your sling and wait for him to come within range of a headshot. Once he does, snipe him and continue on toward the area where he was.

Once you’re safely away from the swarm, look for an open chest with items in it. The Sickle will be protruding from it.

Near the end of the segment where Melie is leading you through the english camp to Hugo, you’ll come to an area full of drinking, drunk and passed out soldiers. Instead of entering this area, look to your right for a building you can enter.

Sneak over to the building, then look for a table with items on it. Examine the items to unlock the Pound Sterling curiosity.

After saving Hugo, head to the lefthand side of the camp area. You should come up to a stable area with some buildings and stands you can walk through.

Look for a table with a horse saddle on it. To the right of the table will be another table with a piece of paper on it that you can examine, giving you the second curiosity for the chapter.

After clearing the mill bridge puzzle near the start of the chapter, continue into the building with the workbench in it. To the right of the workbench will be a hole you can shoot a lock clasp with, opening the gate to the other side of the building.

Shoot the clasp, then head around to where Hugo was when you solved the mill bridge puzzle. There will be a ledge you can climb up to enter the doorway you opened by breaking the clasp.

Go through the doorway into a room, and the Horseshoe will be hanging up on the wall.

After obtaining the Devorantis recipe from Melie, head into the next area and wait for the guards to disperse onto their patrols. Once they have, sneak toward the right side of the area until you come to two armored knights next to a table.

Eliminate or distract them both, then examine the paper on the table to get the Map curiosity.

After Hugo wakes you up to start the level, follow him to the stairway leading down toward Lucas. Before heading down, examine the drawing sitting on the pile of rubble to your right to get this curiosity.

After speaking with Hugo by the tree, head back to where you talked to Melie on the upper level. You’ll find a barrel, behind which is the chapter’s second curiosity.

After finishing the dialogue scene where a guard forces a woman to abandon her infected husband, head into the house to your right. Inside, you’ll be able to shoot down a hanging body and snipe a guard’s lantern to distract the swarm of rats on the floor.

Once they’re distracted, circle around to the right of the swarm toward a wall you can vault over to get behind the swarm eating the guard. Straight ahead will be a chest, and inside it underneath some items will be the Sheepskin.

After reaching the portion of the cemetery where you need to push a cart to advance, clear away the rats around it by shooting an Odoris into the corner where other rats are clustered.

Once they’ve all swarmed into the corner, trap them with the nearby lantern. This will make it safe to go behind the cart without getting swarmed.

Here you’ll find a ledge you can jump down to reach a closed off area. Once the gate leading into the area is on your right, look to your left. There will be an open mausoleum you can enter with the curiosity hanging on the wall.

After a brief dialogue scene introducing Rodrick, follow the guards taking him down a hallway until you come a another guard facing a glowing object. Kill the guard, then examine the object to unlock this curiosity.

Once you reach the area where you need to place a cart underneath the raisable bookshelves, look toward the upper left corner of the room. There should be a break in the bookshelves hiding a small area you can enter.

Go inside, then look for a glowing item to the right that you can examine.

After encountering the second uneaten body in the De Rune house, look behind it for an open chest or container next to an overturned table. The helmet will be inside the chest.

After entering Beatrice’s hidden alchemy laboratory, look to the right side of the room. You should see a painting of a lion eating a sun, below which is a counter with a glowing piece of paper on it. Examine the paper to nab this curiosity.

Just before reaching Clervie in Amicia’s dream sequence, look to your left for a broken door you can crouch under to enter a house. Inside and to your right will be a crib with the Rag Doll sitting inside it.

After Beatrice lets you into Hugo’s room, head to your right through another doorway before speaking to Hugo. The figurine will be sitting in a table just ahead of you.

After the tutorial on how to summon and use rats while Amicia and Hugo are together, head down the path to your right. This will bring you to a corpse with the curiosity sitting by its side.

Just before you enter the cathedral courtyard, you’ll come to a wooden staircase leading up to the area. Look to the right of it and you’ll find a corpse sitting next to two barrels and a wooden wheel.

Beside the corpse is a book you can examine to get the final curiosity.

What You Get When You Find Every Curiosity

That’s every curiosity you can find in A Plague Tale: Innocence, and you get a few nice rewards for finding them all. Trophy and achievement hunters will be rewarded twice over; once with the “Curiosity Hunter” trophy when you find 13, and again when you find all 26, earning you the “Curiosity Collector” trophy.

Each curiosity also provides a bit of historical lore about the world and its inhabitants, so lore hounds will want to find every one to get the full picture of the game’s world.