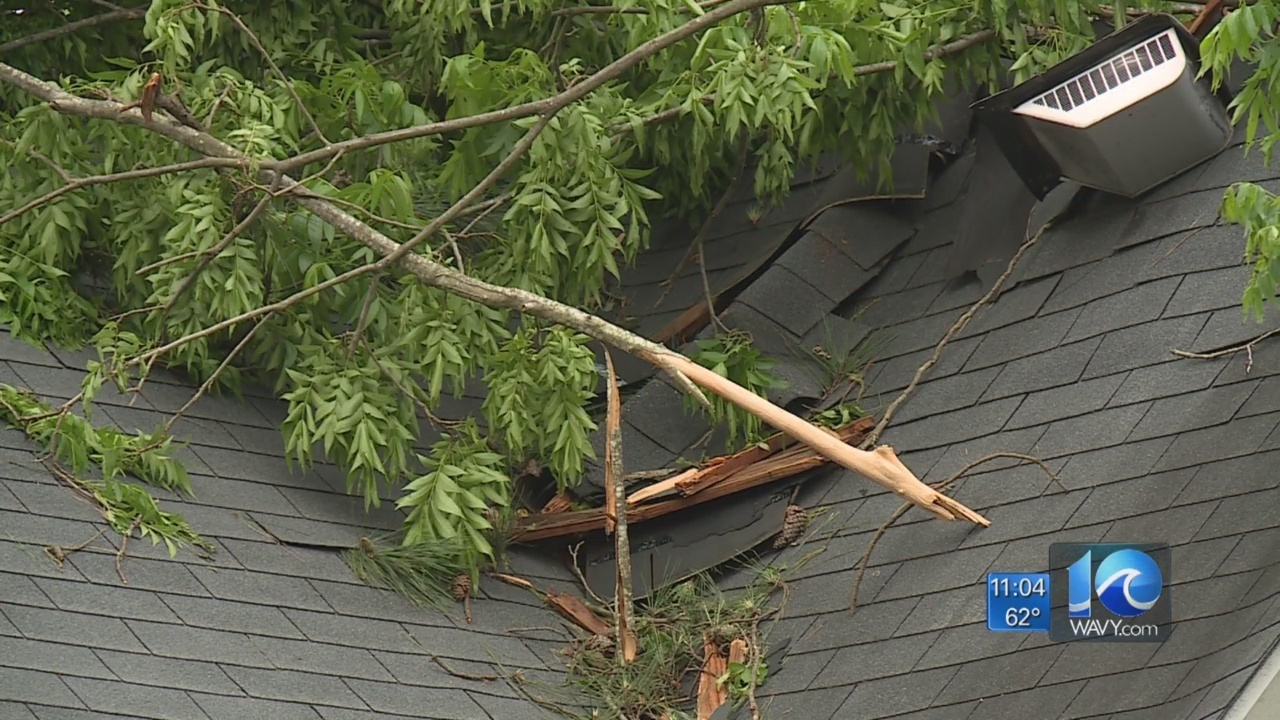 SUFFOLK, Va (WAVY) — One man is cleaning up after Saturday’s severe storms raced through his neighborhood.

A tree came crashing through the roof of David Robinson’s home on MacArthur Road. The impact of the storm took a big physical, and emotional toll.

The clean-up process began Sunday for residents living along Wilroy Road and MacArthur Drive after a confirmed EF-1 tornado went through the neighborhhood.

The Suffolk Department of Community Development says the tornado damaged a total of 34 structures: seven structures with major damage and one structure, a shed, was destroyed.

For David Robinson, he almost lost a lot more than just a house.

“My granfather built this house and it pretty much means everything to me. It’s part of the family,” he said . His house has seen many storms over its 80 years and this time it was almost gone forever.

“It was just loud and it roared and then it just went away and as quick as it came it was gone,’ Robinson said.

Besides strong winds and a darkened sky, he says nothing seemed out of the ordinary at first.

From the outside it looks like the tree did some serious damage to the top bedroom where Robinson says he was staying, but he says he can thank his grandfather because it really isn’t as bad as it seems.

“I’m looking at the groove and it looks like this boad cause it is pressed down, but I guess my grandfather really built it well becuase it was able to hold up that tree,” Robinson said.

More than anything, he says he is grateful. “Amen. Absolutely I’m grateful no one got hurt in this neighborhood this is great so I’m very happy about that,” he said.