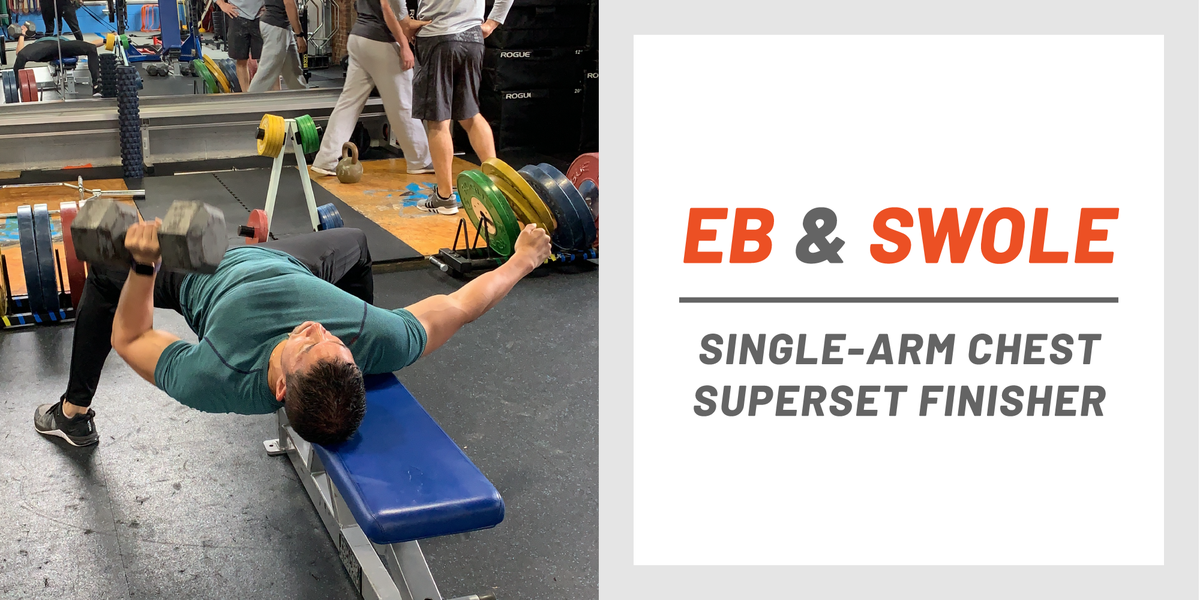 When you’re aiming to make your workout more effective, why not double up?

Supersets give you a chance to put in twice the work in half the time compared to normal exercise splits. You’ll rep through a set of one move, then immediately proceed to the next without taking any time to rest. The quick-hitting combos can cut down on your workout time and pump up your heart rate—so they can be especially suitable for a devastating session finisher.

Men’s Health fitness director Ebenezer Samuel, C.S.C.S. uses supersets to do just that, maxing out his effort at the end of his toughest workouts. This chest finisher uses the set scheme to provide a super tough unilateral pump, along with a particularly punishing ab series, too.

Along with the superset protocol, the novel positions of these exercises will give you some extra challenges compared to the standard workout. The half-bench and kneeling positions force you to stabilize your core muscles, which mean that you won’t be able to cheat to eke out the press and fly reps.

“Because you’re focusing so much on owning core position too, you’ll get even better chest contractions, especially on the fly,” says Samuel. “You’re eliminating all excess momentum/body lean by giving your core so much other homework.”

You’ll move between two stations during the single-arm chest superset finisher, alternating between a single-arm half-bench press and a kneeling single-arm fly. You’ll need a bench with a heavy dumbbell and an exercise band or cable tower, along with enough space to move between work stations quickly. If you need a good set of bands, check out this option from WODFitters.

The superset structure means that you’re always moving, but the finisher’s unilateral exercises give you breaks throughout. “There is no programmed rest between sets, but there’s plenty of organic rest: when your left arm/chest works, your right rests and vice verse,” Samuel says. “Your core, however, gets no rest at all, continually getting attacked with anti-rotation challenges.”

Add the single-arm chest superset finisher to your workout by taking on 3 sets with each arm. For more tips and routines from Samuel, check out our full slate of Eb and Swole workouts. If you want to try an even more dedicated routine, consider Eb’s New Rules of Muscle program.