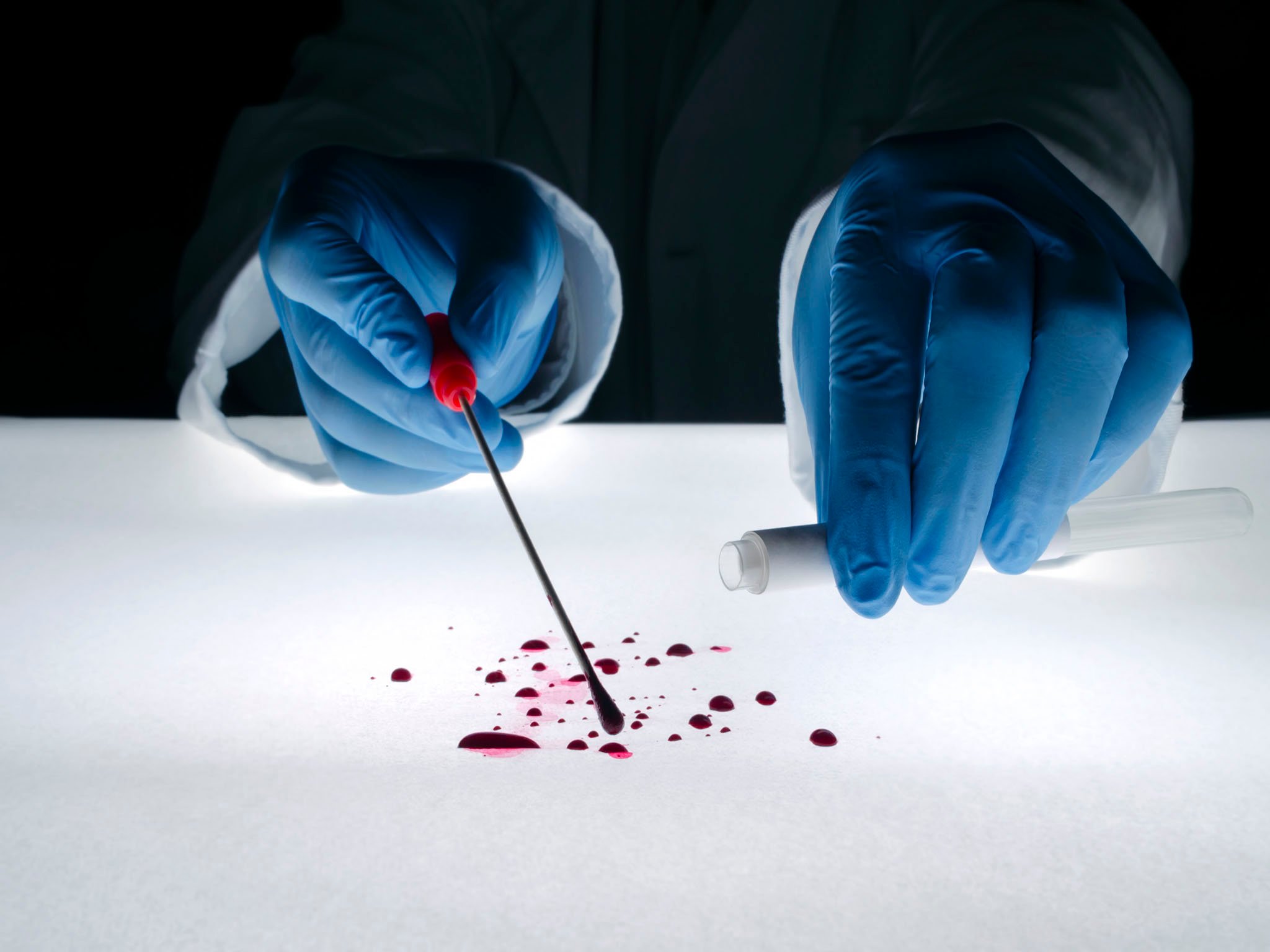 In the year since the arrest of the man believed to be the notorious Golden State Killer, the world of criminal investigation has been radically transformed. Using an unconventional technique that relies on DNA submitted to online genealogy sites, investigators have solved dozens of violent crimes, in many cases decades after they hit dead ends. Experts believe the technique could be used to revive investigations into a vast number of cold cases across the US, including at least 100,000 unsolved major violent crimes and 40,000 unidentified bodies.

Many have called it a revolutionary new technology. But credit for this method largely belongs to a number of mostly female, mostly retired family history lovers who tried for years to persuade law enforcement officials that their techniques could be used for more than locating the biological parents of adoptees.

One was Diane Harman Hoog, 78, director of education at DNA Adoption, who realised in 2013 that she could apply the techniques she was using to identify two bodies she had read about in a Seattle newspaper.

“This is too complicated,” she says she was told when she reached out to a detective. Four years later, Margaret Press, 72, a retired computer programmer and skilled family tree builder in California, tried to help her local sheriff with a similar case. No one would return her calls.

Fast forward to 25 April 2018, the day that a gaggle of California prosecutors announced that an “innovative DNA technology” had been used in the Golden State Killer case.

The innovator was Barbara Rae-Venter, a genetic genealogist who had uploaded crime scene DNA to GEDMatch.com, a low-key genealogical research site run out of a little yellow house in Florida. Rae-Venter, 70, and her team soon found a suspect by using the genetic and family tree data provided by his cousins.

And that was how a former police officer, Joseph DeAngelo, came to be charged with 26 counts of murder and kidnapping in connection with scores of rapes and killings that were committed across California in the 1970s and 1980s. In interview after interview, Paul Holes, a determined investigator who had spent decades chasing false leads, rejoiced in his decision to involve Rae-Venter.

“Barbara really braved the pass,” says CeCe Moore, a genetic genealogist who was also among the first to see the potential in the technique. Within a few weeks of the announcement, she began working with Parabon, a forensic consulting firm.

In rapid succession, Parabon’s work led to 49 genetic identifications, reopening a number of cold cases: the 1987 double killing of a young Canadian couple, six rapes in North Carolina and the slaying of a Stanford University graduate 46 years ago. The technique resulted in at least 17 arrests, including people who had never been under any suspicion, such as a well-established party DJ and children’s entertainer in Pennsylvania. The National Centre for Missing and Exploited Children is revisiting about 700 cases involving unidentified children’s remains and has identified about 15 in the past year.

An additional 300 cases are in the works: old killings, serial sexual assaults, and unidentified bodies, according to estimates by various genealogists and investigators.

Some question the ethics and legality of the technique. They point out that customers of genealogy companies did not realise they would be signing up to help criminal investigations, although GEDmatch discloses that profiles could be used to investigate violent crimes. A recent decision by FamilyTreeDNA to pivot from secretly cooperating with the FBI to marketing itself as a means to catch killers has also left many alarmed.

Some want to see the same regulations for family genealogy sites that states have imposed on the use of government DNA databases, such as the FBI’s Codis system. Charles E Sydnor III, a state legislator in Maryland, says, “When we’re not going according to the law, I think that makes us no better than lawbreakers.”

In Maryland, police are banned from identifying suspects through relatives in criminal DNA databases. Despite the law, police departments in two counties have done precisely that with GEDmatch.

The law aside, individuals have little recourse to protect their genetic data. If you are an American, it is likely that your name can be extrapolated even if you have never taken a DNA test. In the hands of an advanced genealogical sleuth, often all that is needed to identify someone from a drop of saliva, blood or semen are the DNA profiles of two third cousins.

What is a third cousin? It is someone who shares a set of your 16 great-great-grandparents. We all have at least 800 of them out there somewhere, and there is a good chance that some were once excited enough about genealogy to join GEDmatch or FamilyTreeDNA.

Several recent cases show what this technique could mean for the future.

The Facebook message did not make sense at first. In March, a stranger congratulated Brandy Jennings of Vancouver, Washington, for helping to solve a 1979 killing in a small town in Iowa. Her second cousin once removed, Jerry Lynn Burns, a 64-year-old small business owner and widower, had been charged. They had never met.

“It teaches me to read what I agree to,” Jennings says.

She had uploaded her Ancestry.com file to GEDmatch but had never returned to the site, finding it too confusing. The search warrant revealed that investigators had found her profile useful.

“Any murder deserves to be solved,” she says.

A young mother was killed in 2009. Nine years later, a neighbour confessed

On 1 November 2009, Holly Cassano, 22, who lived in a mobile home park in Mahomet, Illinois, failed to pick up her baby girl from her mother’s home. The worried grandmother went to check on Holly and found she had been stabbed to death after her evening shift as a supermarket cashier.

Last May, after the publicity over the Golden State Killer arrest, Parabon began offering its hundreds of clients a $3,500 add-on service in which Moore or another genetic genealogist builds a series of interlocking family trees. The Champaign County Sheriff’s Office was a client.

Getting from cousin to great-grandmother to suspect can be complicated. The case did not look promising when Moore began working on it last summer. But then, during a root canal, she says, “I was lying there in a chair and something popped into my head.”

Other experts describe similar epiphanies when building family trees. In this case, DNA extracted from a discarded cigarette reinforced her hypothesis. In August, the neighbour who had smoked that cigarette, Michael Henslick, confessed to the killing.

It is not just about old cases

A week before the Golden State Killer announcement, a man broke into the house of Carla Brooks, 79, in St George, Utah, beat her and sexually assaulted her. In July, the police department there became one of the first agencies to apply genetic genealogy to a recent case.

“When there’s the potential to stop someone in their tracks, it’s a different feeling,” Moore says. The trail of cousins led across the country to Massachusetts and back to Spencer Glen Monnett, 31, who was arrested in Utah. He pleaded guilty in February.

The case raises questions that the police, genealogists and victims’ families have mentioned in interviews: why choose one case over others? Should the priority be new cases? Easier cases? Those in the media spotlight? Are older cold cases worth pursuing, even if the people who committed them are probably dead?

Yes, says Bill Thomas. His sister Cathy was among eight people who were killed in southeastern Virginia in the late 1980s in a series of slayings that came to be known as the Colonial Parkway murders.

“For me and for my family it’s never been about a prosecution,” he says. “I’m not seeking closure. It’s not like the sun will come out tomorrow. I don’t care if he is dead. I want to know who he is.”

A Jane Doe finally has a name

A week before the Golden State Killer arrest, a tiny piece of a bloody shirt was headed to a lab. A month later, Press, the retired computer programmer, and Colleen Fitzpatrick, 64, a retired rocket scientist, uploaded the genetic file to GEDMatch. They were seeking relatives of an unidentified woman whose body was found on a hiking trail outside Reno, Nevada, in 1982.

The pair had been using genetic genealogy to identify bodies for nearly a year through their organisation: DNA Doe Project. Several changes in 2017 and 2018 had led to a boom, Press says. DNA sequencing had got better and cheaper.

More importantly, she says, the size of genealogical databases had grown rapidly. In fact, according to a recent study, the DNA of 90 per cent of Americans of European descent will soon be identifiable using genetic genealogy. Americans with that background are overrepresented on sites like GEDmatch.

Some believe this levels the playing field. African Americans are overrepresented in the FBI’s Codis database.

Now, so long as a person’s ancestors have been in the United States for a few generations, Press and others estimated that a skilled genetic genealogist has at least a 60 per cent chance of making an identification.

In the case of the woman on the trail, Press says she was extremely lucky, spotting a first cousin once removed. Alas, one of the next key matches had been adopted, so they located the cousin’s biological parents. Within a few months, the woman on the trail had a name. It has not been announced, because investigators are now trying to figure out who killed her.

Trial of 1987 double murder could be key

A case that could result in legal precedents involves William Earl Talbott II, 55, who is scheduled to go on trial on 3 June in Snohomish County Superior Court in Washington over a double killing that took place nearly 32 years ago.

He is accused of killing a Canadian couple, Jay Cook, 20, and Tanya Van Cuylenborg, 18, who were last seen alive on the ferry to Seattle from their home on Vancouver Island in British Columbia. Van Cuylenborg was found dead in a ditch in the woods in Skagit County in November 1987. Cook’s body and van were found a week later.

After tracing DNA evidence to second cousins on GEDmatch, Moore drew a connection to a couple who lived seven miles from the crime scene. Their son was Talbott, who was 23 at the time of the killings.

The judge could decide to treat clues from genealogical sites the same way that evidence from Codis or Instagram is handled, says Blaine Bettinger, a genealogist and intellectual property lawyer who works with GEDmatch.

Or the judge might find the technique to be a violation of fourth amendment protections against unlawful search and seizure. Leah Larkin, who runs a DNA analysis service called The DNA Geek, believes that it is.

“I don’t think that the cops should be able to look into any home they want without a warrant,” she says. “There is much more private information in my DNA than there is in my underwear drawer.”

The Sacramento district attorney, Anne Marie Schubert, who created a genetic genealogy unit after her department’s success in the Golden State Killer case, rejects those concerns. “We don’t get our hands on people’s DNA in these genealogy databases,” she says, just clues to how they are related to the suspect.

At stake are thousands of criminal cases and perhaps the future of genetic privacy in general.

“It could end there, or it could keep on going to the Supreme Court,” Bettinger says.