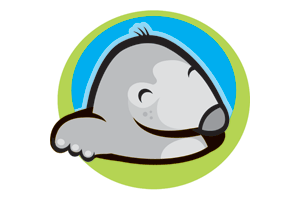 It’s all in the timing
If there’s one thing news headlines love, it’s a dead woman. Even better? A woman who has been killed abroad. The holy grail? A woman who has been killed abroad while travelling on her own. That’s when the press and public have a habit of going far beyond mourning the sad fact that a person has died. Instead, it avalanches into almost rolling coverage disproportionate to any other crime.
The coverage is often paired with an invasive blow-by-blow of how the victim spent their holiday drinking mojitos every night (imagine!), updates on the deceased’s relationships (she went home with a stranger?), and a gallery of badly posed photos lifted from Facebook without permission. After all, why blame the perpetrator when you can blame the victim?

Nope, don’t and definitely not
The second wave of hysteria comes a few days later, like clockwork. Comment pieces declare that ‘nowhere in the world is safe to be a woman’. Travel features offer admonishing travel tips for women. Don’t camp without a male companion. Don’t drink too much. Don’t forget your rape alarm. Don’t go out on your own after dark. Don’t, don’t, don’t. Women’s travel tips are what sexism in travel looks like in 2019.

But let’s look at the facts
According to the World Health Organisation women are more likely to die from medical issues and road incidents than at the hand of another person. And out of the women who die by femicide, the United Nations Office for Drugs and Crime reports that 58 percent are killed by an intimate partner or family member. The awful fact is that women are far more likely to be harmed in their own homes by people they know. The same goes for sexual harassment. It’s true that women are more likely to receive unwanted attention while travelling, but that’s unfortunately true of normal life back home, too.

Most dangers that affect female travellers can be tackled with good old-fashioned common sense. If FCO advice suggests not driving alone in Northern Mexico at night, then it’s probably a good idea not to, whether you’re male or female. If there’s been a spike of tourist crime in Belize City, then it’s wise for all visitors be cautious – not just women visitors, all visitors. So why, on the rare, sad occasion a woman is killed abroad, are we besieged with gendered safety advice?

Throwing down the gauntlet
Here at Responsible Travel, we challenge travel writers, journalists and bloggers to change the narrative of women’s travel. We must stop telling women what they can’t do when travelling and focus on genuinely useful travel advice. I can’t think of a time I haven’t done something out of gender-related fears for my safety, whether that was travelling solo around North America as a teenager or by train in Sri Lanka as an adult.

I’m not in the minority. In the UK female residents made up the majority of leisure visitors to most regions in the world, including major destinations like North and South America, South Africa, the UAE, Australia, New Zealand and the Caribbean islands. Women are also choosing to travel independently more often and more adventurously.

We believe that the only restrictions to women’s travel are the same common sense precautions that any traveller would make. We challenge other travel companies and publishers to change their tune, too. Let’s stop making women second-guess their travel choices and replace reactionary, fear mongering travel tips with good, solid advice. And let’s leave gender out of it.