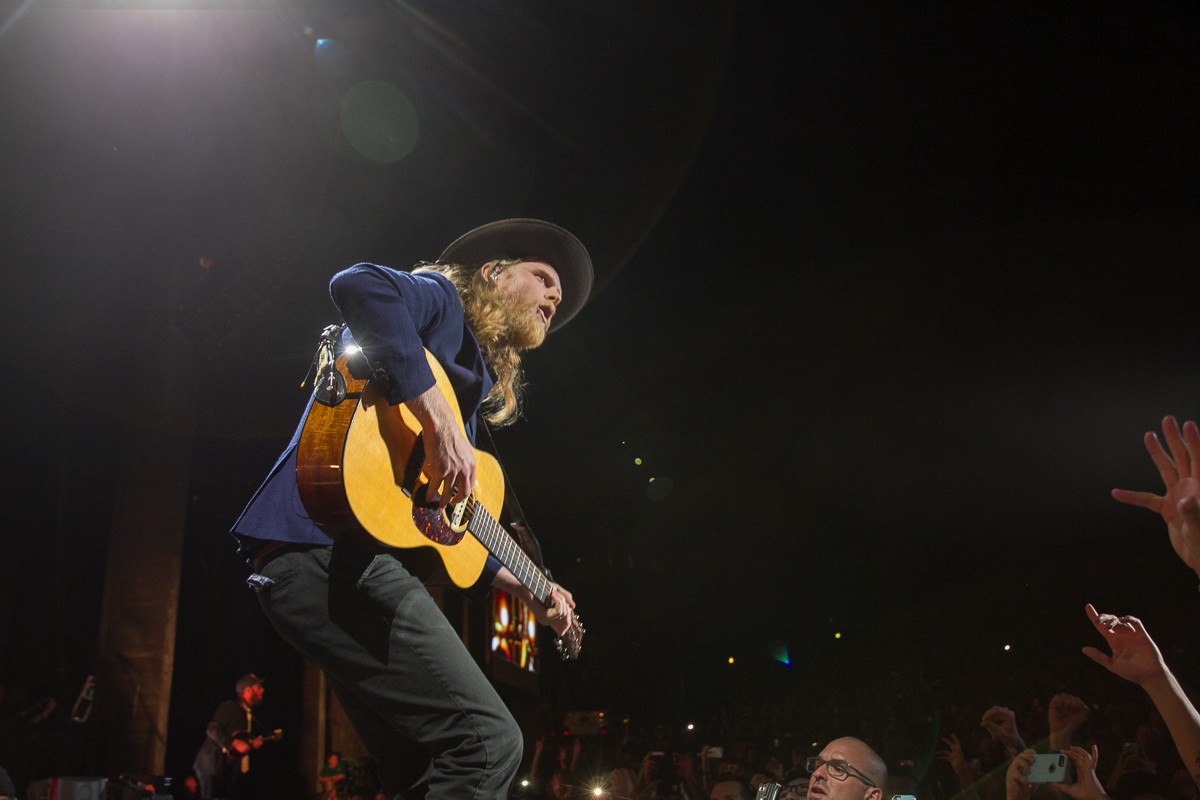 Chapter I of The Lumineers new conceptual album, III, dropped today, May 17, with a trio of literary Americana indie-pop songs that begin to sketch out a cast of tragic characters from three generations of a family: a sad woman with a sad life, a character who moves to New York City with big dreams but then struggles, and Gloria Sparks, a floundering addict, the family matriarch who’s likened to a Christ figure, trying to kill herself with booze as her family that stands by silently.

The songs are Bruce Springsteen-inspired vignettes that provide enough shadowy details to give listeners something to connect to. While the new material would benefit with an accompanying family tree, the songs stand up to multiple listens and inspire imagination.

The band introduced the tracks on YouTube with a cryptic video of a man, a woman and their baby, posing glumly, suggesting that perhaps a series of music videos will be released alongside the songs.

The first song, “Donna,” opens with melancholy scales played on a soft piano and the faint echo of choir bells. Wes Schultz’s voice enters with a soft sketch of a woman named Donna that swells into the hook, “They sang it like hallelujah.”

The second song is about a character who dreams of moving to New York City and ultimately hates it. The final song, “Gloria,” is an upbeat, heavy-strumming sing-a-long, the typical stuff we expect from the Lumineers, but with a bitter message of despair.

As for Gloria, “Her character was inspired by a member of my family, and no amount of love or resources could save her,” Wesley Schutlz writes in a statement.

“She’s now been homeless for over a year,” he adds. “Loving an addict is like standing among the crashing waves, trying to bend the will of the sea.”

And so the story begins.

Chapter I of III is available on a variety of streaming services.

Kyle Harris quit making documentaries and started writing when he realized that he could tell hundreds of stories in the same amount of time it takes to make one movie. Now, hooked on the written word, he’s Westword’s Culture Editor and writes about music and the arts.