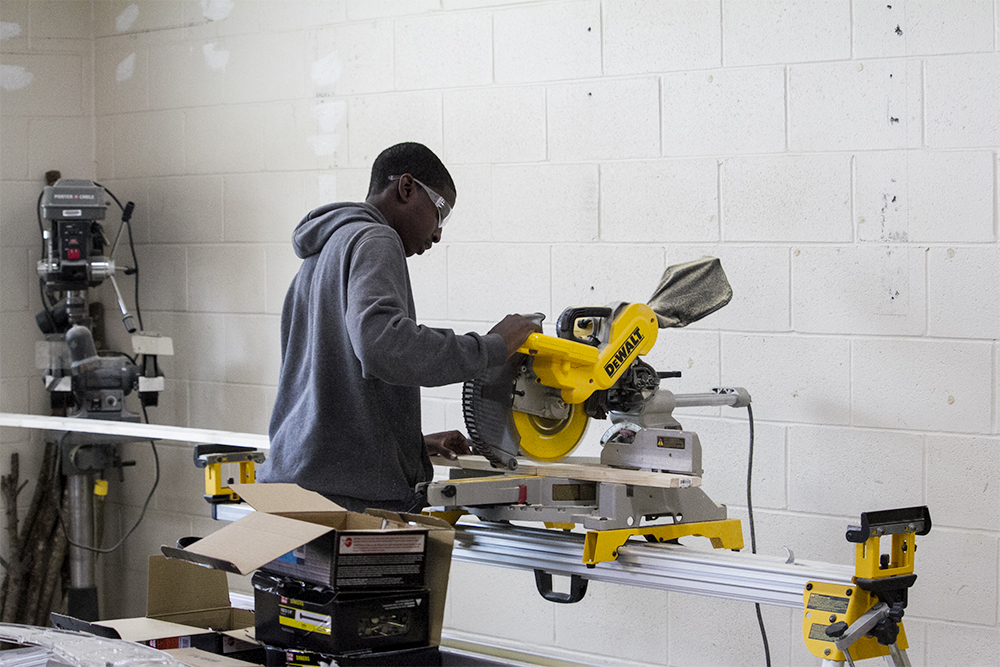 BRUNSWICK COUNTY — Brunswick County’s recently re-branded The Center of Applied Sciences and Technology (COAST) functions as an incubator of job-securing skills at the high school level.

Signifying a shift back toward vocational education, The COAST offers pathways to graduating high school with career-ready credentials and connections with Brunswick County’s leading job creators.

Before it was The COAST, Brunswick County Academy served as an alternative school for ninth-graders. Students with educational or behavioral issues were assigned to the so-called “freshman academy.” During the 2017-2018 school year, the academy adopted a pilot program, introducing upper-level clean energy and technology engineering and design courses.

Freshman enrolled full-time at the school were eligible to take the new courses with the proper prerequisites. Transportation to the academy was made available to all grade levels from the county’s three public high schools to take the courses as “visiting students.”

“Our highest scores in the clean energy class came from kids that were actually assigned to the alternative schools,” Darrell Cheers, Brunswick County Schools’ assistant superintendent, said at an August 2018 board meeting. “These are courses that could actually change a family tree for these kids.”

At that meeting, the board approved changing the academy’s name to The COAST to help recruit more public high school students to enroll in the program. The COAST has since added more instructors and courses to its roster, with more planned for the 2019-2020 school year.

“The conversation’s been going on for 20 years,” Horne said. “Having him as superintendent, and the board got behind him — that was the one thing we needed to get us over the bar.”

“To get us from talking about something to actually taking a step forward and making it happen,” Dr. Daniel Richardson, The COAST’s Clean Energy Technologies instructor, added.

Once thoroughly engrained in the public school system, vocational programs faded out in the late 20th century, taking a hit with the passing of No Child Left Behind.

Today, they can still be a tough sell. But, with growing awareness of the national student debt crisis, parents and students are realizing a four-year degree isn’t the only way to achieve financial security.

“Yes, go to school and get that higher education, but, a higher education isn’t necessarily what everybody needs,” Daniel Seamans, Brunswick County Schools’ spokesperson said.

“I bring employers in here,” Hirth said. “Two years ago, an employer came to West [Brunswick High School] and hired my student right out of his seat. Right out of the seat. There was no interview: ‘Here’s my card, here’s my name and number, I’ll see you Monday morning the minute you graduate.’”

11th-grade student Adrain Amaya, enrolled in Hirth’s Carpentry I class, also takes a clean energy course at The COAST, before hopping on the bus at 10:20 a.m.

Grey said he likes the lack of homework and the small class size — Hirth’s Carpentry I has just four students. “The teachers help you out way more over here than they would at the regular high school because there are fewer kids to deal with. So you can make a more personal connection.”

Hirth transferred from West Brunswick High School to The COAST in January. He’s only teaching eight total students now, but with a class size meant for 15 students, has room for more. According to Horne, about 70 full-time freshmen attend The COAST, with about 80 visiting students.

With a journeyman’s license, Hirth said students don’t need more coursework, and can get paid a good living to take a job after graduating.

“If I was a contractor, as I was, I’d want Adrian now,” Hirth said. “As long as he is 18 and has a driver’s license. I would take him now with these credentials before going through another two or three years of a community college because I know what I have and I know how I can groom him to exactly what I want as an employer.”

Though The COAST’s signage still reads “Brunswick County Academy” from U.S. Business 17, plans are already in place to add on more programs. It’s less than a half-mile down the road from Brunswick Community College, where the county’s public high school students have the opportunity to enroll at no cost, granted certain requirements are met, under the Brunswick Guarantee.

This upcoming school year, The COAST will add on cybersecurity and project management courses. Soon, it will be outfitted with an automotive garage to cater to mechanics courses.

Richardson’s clean energy technology courses aim to provide young talent to the county’s leading employers: Duke Energy and Brunswick Electric. He’s on year two of his program, of which about 40 students have completed.

“We’re working angles right now but everything is so new,” he said. “It’s kind of like our little egg has hatched and we’re trying to raise it up.”

Reorganizing higher-skilled courses at The COAST is taking some adjusting. As more students realize what the school has to offer, Richardson said the program will continue to grow.

“Locate it centrally, pull in that core group of kids that really want it,” he said. “You’re maximizing your efficiency and you’re opening access to the greater district.”

Send tips and comments to Johanna Ferebee at johanna@localvoicemedia.com

Always be informed. Click here to get the latest news and information delivered to your inbox