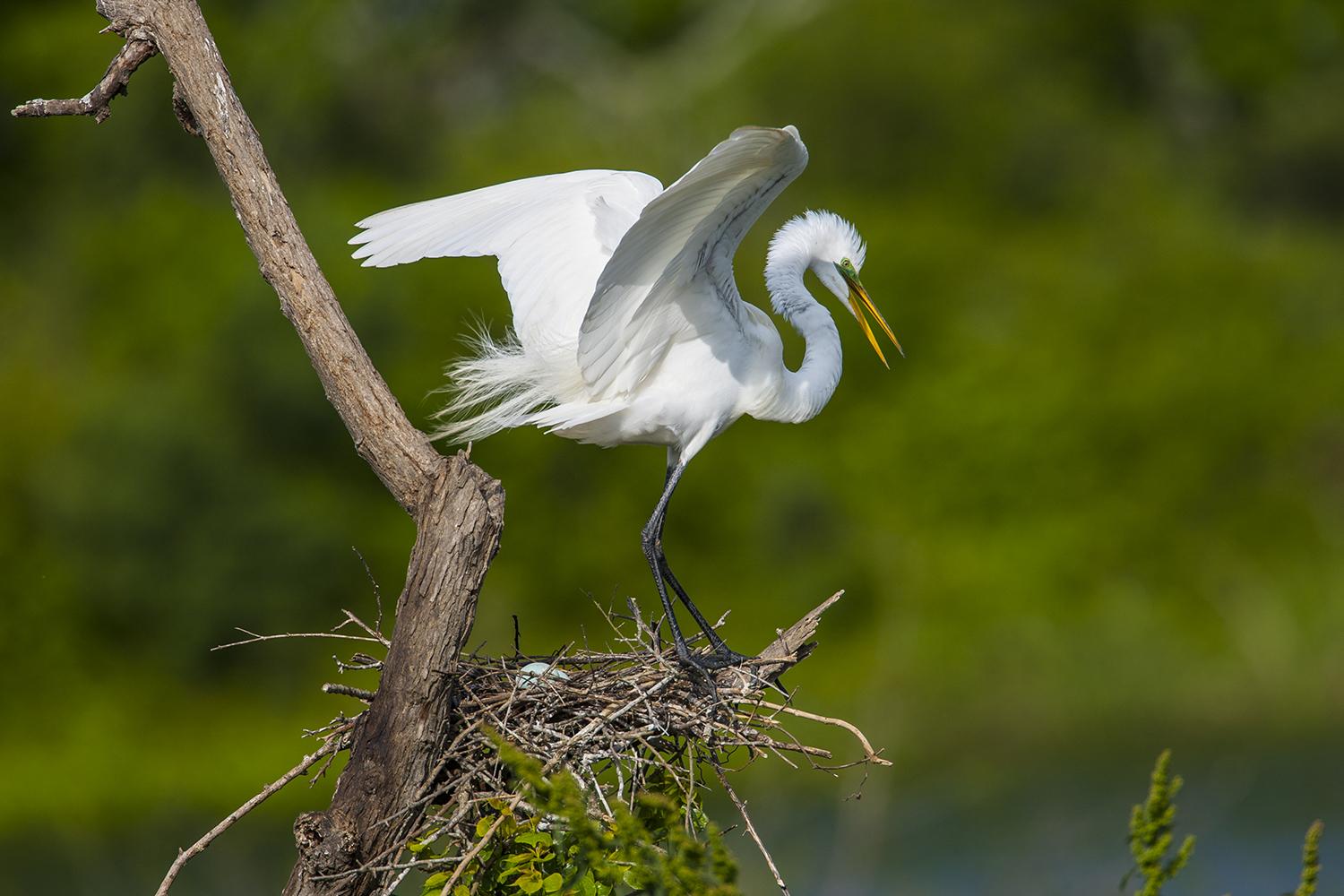 Mother’s Day falls at the same time that mother birds are busy tending to their nests, as all mothers do.

Female bluebirds in our yard began laying eggs in their nests by the end of March and have already fledged their young. They’re now refurbishing the nest to raise another clutch of youngsters.

Nest tending is a never-ending job.

But unlike human mothers, female birds do not tend the nest all year. Their nests serve as temporary abodes, sheltering eggs and chicks through July. Females, joined by their male mates in many cases, feed chicks and rear them to fly and forage on their own.

Songbird mothers typically construct a sturdy and elaborate home for their babies. They also hide the nest inside a tree or bush and camouflage it against the eyes of predators.

A female northern cardinal forms a cup-shaped nest out of twigs, bark and grass stems while lining the bottom with soft plant fibers or pieces of cloth. She builds her nest deep inside a bush or shrub and fashions the exterior to look like nothing more than a random tangle of twigs.

Not all birds build intricate nests.

A killdeer pair scrapes a slight depression on the ground and lines it with pebbles or debris to make it identical to the surrounding terrain.

A great egret pair piles a collection of limbs and sticks into a loosely formed platform lined with soft fibers and situated in a tree or artificial platform near marine habitats.

A belted kingfisher pair burrows a tunnel lined with fish bones up to 15 feet deep in the side of a creek bank and excavates an egg chamber at the end of the tunnel.

Brown-headed cowbirds are nest parasites, laying their eggs in nests of other songbirds that will unwittingly raise cowbird chicks to the detriment of their own chicks.

The female bluebird hides her nest inside a tree cavity or bluebird nest box. She builds a loosely entwined cup-shaped nest out of grasses and pine needles, then lines the bottom with grass fibers, bird feathers, or other soft material.

Carolina wren females often conceal their nests in hanging flower baskets but will also hide nests in places like tree cavities, tangled vines, garage tool boxes and nest boxes. They weave twigs, pine needles and leaves into a dome-shaped nest with a small opening on the side.

Barn swallows plaster pellets of mud against a wall or ledge to form an adobe-style nest in the shape of a half-cup. The birds may build their nests communally or individually. People often find a lone barn swallow nest under an eave near their front door.

Male and female barn swallows work together to build a nest, but many other songbirds leave nest building to the female while the male assists in hauling in construction materials. However, male bluebirds, while appearing to truck in nest material, are really just showing off. They work their tails off, so to speak, to feed chicks.

Female songbirds constantly maintain their nests by rebuilding worn or damaged parts and cleaning out fecal material left by the chicks. It’s quite a chore. As the saying goes, a mother’s work is never done.