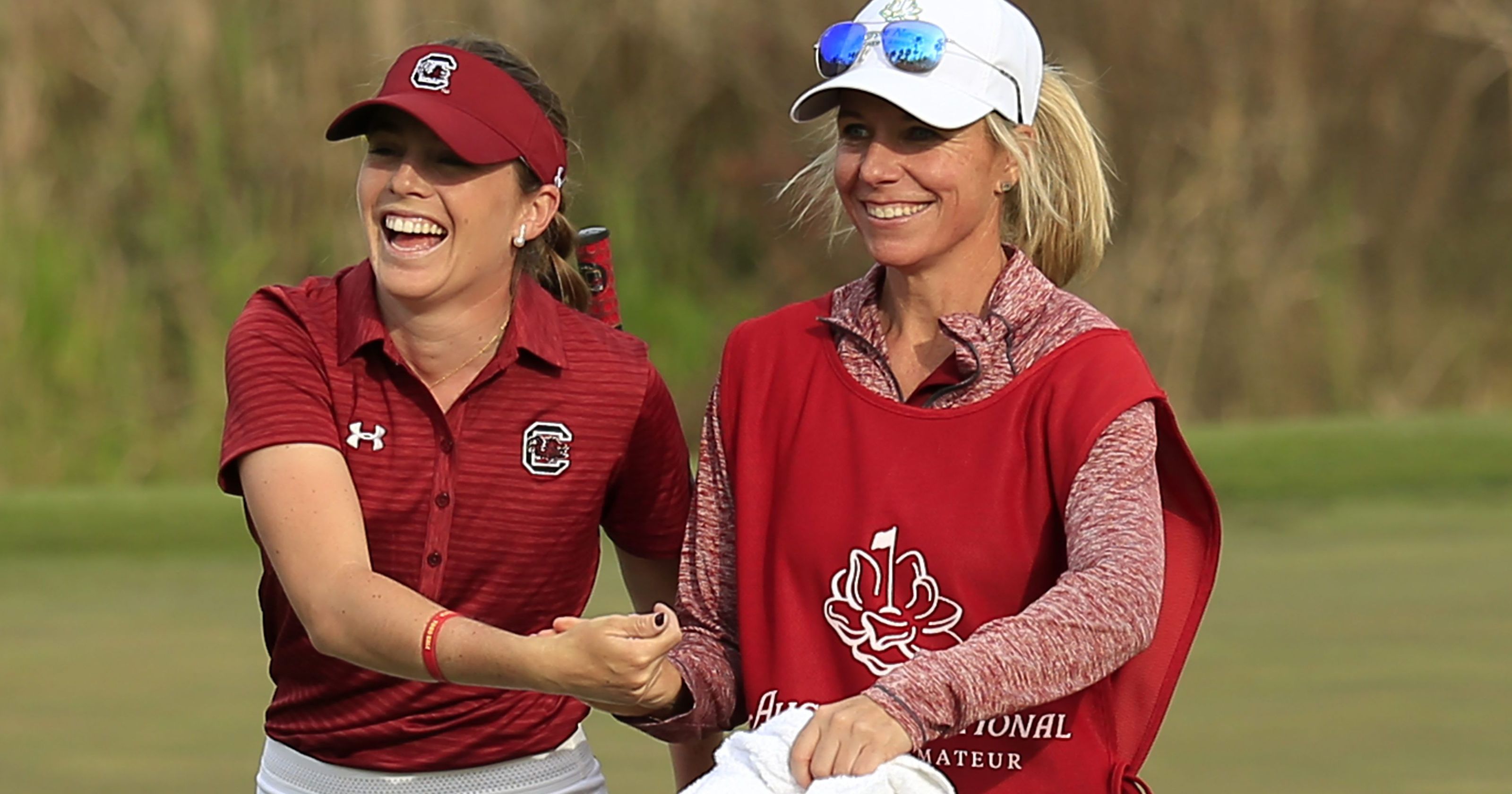 Corrections/clarifications: A previous version of this story incorrectly reported that Collin Richards had pleaded guilty. Richards, who has a history of mental health issues, wrote a letter to the judge saying he wanted his case to end, even if that meant pleading guilty.

EVANS, Ga. – Ainhoa Olarra would touch the bracelet on her wrist bearing the initials of slain Iowa State golfer Celia Barquin Arozamena when she needed help on the greens at Champions Retreat.

Barquin Arozamena had always been a strong putter.

Thursday’s last request from Olarra came on the 17th green, when she drained a 25-foot birdie putt to become the last player to qualify to compete at Augusta National.

Barquin Arozamena wanted to play in Augusta National Women’s Amateur. So much so, Olarra said, that she had reached out to the Spanish Federation about playing in an event over the winter to boost her rankings. She thought Augusta would be worth delaying a professional career.

Collin Richards, the homeless man charged with murder in Barquin Arozamenato’s stabbing death at Coldwater Golf Links in Ames, Iowa, last September, is accused of taking that from her.

Olarra had gone to high school with Barquin Arozamena for one year and roomed with her when they played together for Spain.

“I called her mom,” said Olarra “and asked, ‘Hey, can I have something of her with me when I play?’ “

Barquin Arozamena’s mother sent a signature bracelet, ribbon, ball marker and head cover. The bracelet roughly translates to “everything counts.” To Olarra that means just keep going, which is what she did after three-putting her first playoff hole and then heading back to the par-3 17th, a hole that she’d doubled earlier in the day.

Ainhoa Olarra celebrated with her caddie after making a birdie to advance at the Augusta National Women’s Amateur.

Seventy-two players began this historic journey and only 30 earned the right to compete in Saturday’s final round. World No. 1 Jennifer Kupcho leads the way at 5-under 139, one shot in front of Maria Fassi, the 2018 ANNIKA Award winner.

Both Fassi and Kupcho earned their LPGA cards for the 2019 season but chose to defer their professional careers until after the NCAA Championship.

That’s another inspiring part of Olarra’s tale – she actually has a regular job as an auditor at Deloitte in Madrid. After graduating from South Carolina with a double major in management and economics, 24-year-old Olarra started the job in September and didn’t touch a club until she got the invitation for this event in January.

Olarra started practicing on the Friday afternoons and the weekends for the next 3 ½ months. Her goal was simple: play Augusta on Saturday.

Thank you! You’re almost signed up for Sports

“Let me tell you, it was really incredible to watch,” said South Carolina coach Kalen Anderson, who’s on the bag this week. “Her wedging and her touch around the greens and her putting. There’s some rustiness in some areas, but it amazed me.”

Olarra set a program record for lowest single-season scoring average at 71.00 and represented the International team at the Arnold Palmer Cup in France.

The playoff at Champions Retreat wasn’t even the most nervous that she’s ever felt. That would be the 2018 SEC Championship, when she defeated Arkansas’ Fassi in a playoff.

Olarra said her boss, who happens to be a golfer, was cool about giving her the time off to compete. Asked if she had heard from him yet, Olarra said she doesn’t have international data on her phone.

But her parents did talk to José María Olazábal, who practices at their course, Basozabal Golf Club in San Sebastian, Spain. Olarra and Olazábal have played golf together before and the two-time Masters champion offered swing tips. She hopes to connect with him on Saturday at Augusta.

Olarra said she considers it a privilege to be the first female Spaniard to compete at Augusta National. Of course, she likes to think that she won’t be alone.

“(Celia’s) been with me the entire week,” Olarra said.

A spiritual journey that has only just begun.