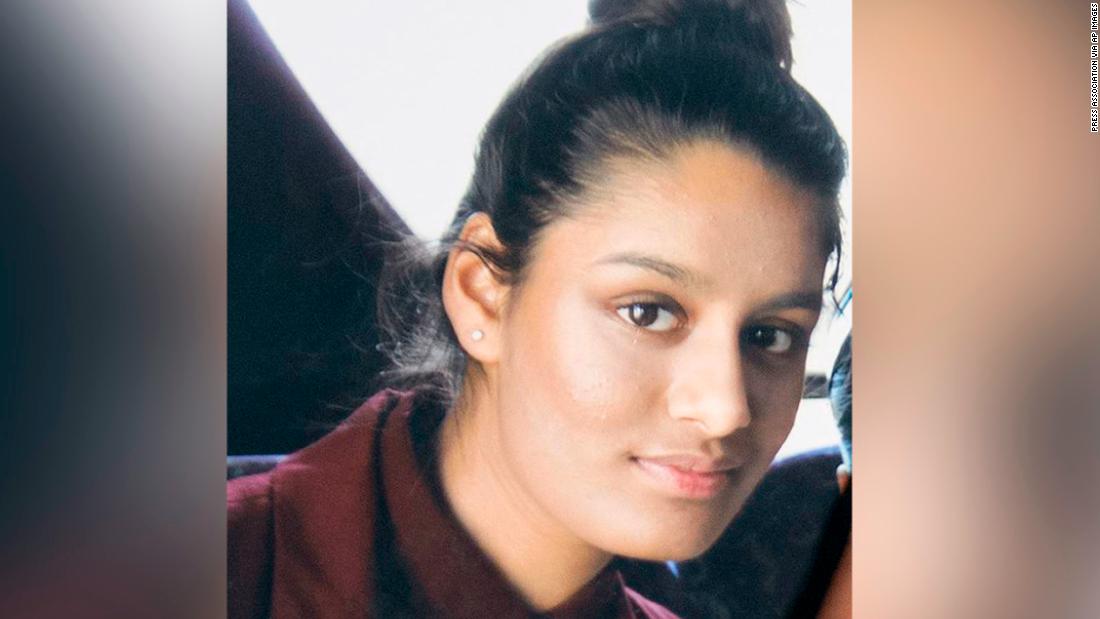 Begum, who left east London to join ISIS in Syria when she was 15, made international headlines last month as she publicly pleaded with the UK government to be allowed to return. She was 19 when she gave birth to her baby, Jarrah, in a Syrian refugee camp in February.

After the baby’s health deteriorated on Thursday, medical staff from the Kurdish Red Crescent transferred the mother and baby from al-Hawl camp to the main hospital in al-Hasakah City in northern Syria. The baby died a few hours after arriving at the hospital, the NGO said.

There were initially conflicting reports about the baby’s well-being, with Mustafa Bali, the spokesman for the Syrian Democratic Forces, saying on Twitter that reports of the baby’s death were fake. CNN has contacted the UK Foreign and Commonwealth Office for comment, but has not yet received a reply.

Begum’s son is one of scores of children who have died fleeing from fighting in ISIS’ last remaining Syrian enclave Baghouz. Nearly 100 children have died en route or shortly after arriving at al-Hawl refugee camp in northern Syria due to a lack of food, water and health care, according to the International Rescue Committee, which says the situation there has reached a “breaking point.”

Speaking from al-Hawl before giving birth, Begum told UK newspaper The Times that she wanted to come home to have her child. She said she had already had two other children who died in infancy from malnutrition and illness.

Days later, she had her baby and, in the weeks since, has been fighting UK government plans to revoke her citizenship to prevent her from returning home.

CNN affiliate ITV News reported that Begum’s family had received a letter from the Home Office that said an order to remove her citizenship had been made.

The letter asked Begum’s family to make her aware of the decision and of her right to appeal.

Begum told ITV that it was “kind of heartbreaking to read” a copy of the letter, calling the move “hard to swallow” and “a bit unjust on me and my son.”

The decision sparked a debate over its legality. A spokesman for the Home Office told CNN that the Home Secretary can deprive someone of their British citizenship “where it would not render the individual stateless.”

Begum’s family is of Bangladeshi origin, according to Dal Babu, a former chief superintendent for the Metropolitan Police, who has been in contact with the family. However, the Bangladesh foreign ministry said in a statement that Begum is not a Bangladeshi citizen, nor has she ever visited the country.

Begum’s sister, Renu, wrote to Home Secretary Sajid Javid last month asking that for his help in bringing Shamima’s newborn son to the UK. In a letter obtained by the BBC, Renu called her sister’s son “the one true innocent,” adding that he “should not lose the privilege of being raised in the safety of this country.”

Javid has previously suggested that children of jihadists who lose their citizenship could still be British.

“Children should not suffer, so if a parent does lose their British citizenship, it does not affect the rights of their child,” Javid said.

CNN’s Elizabeth Wells in Atlanta contributed to this report.