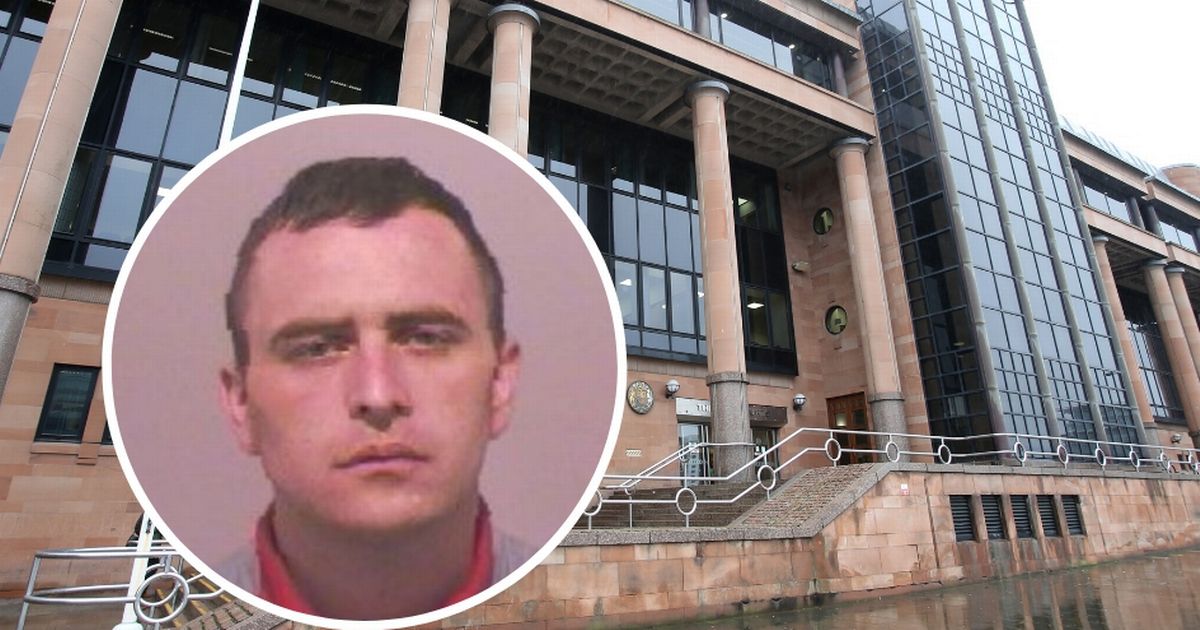 A Grinch who snatched presents from under a Christmas tree and drove away in his victim’s car has been jailed.

Burglar Christopher Robinson, 32, raided a home on North Hall Road, Sunderland, in the dead of night as part of a sinister Christmas crime spree on December 9 last year.

The intruder broke into a home while the family inside were asleep and stole festive gifts and jewellery, as well as their car.

On the same day, Robinson also stole items from a different car parked on North Hall Road and attempted to gain access to a van.

Last month, on April 18, Robinson faced charges of burglary, going equipped for a burglary, theft and interfering with a vehicle.

Following a trial at Newcastle Crown Court , he was jailed for four years.

Detective Sergeant Steve Wallace, of the southern burglary team based at Southwick Police Station , said: “This type of crime is incredibly emotive and can have a long-lasting effect on victims and their families.

“Christopher Robinson broke into a house under the cover of darkness in order to gain a quick win, and showed little care for others as he helped himself to Christmas presents from under the tree.

“He then snatched the car keys and drove off with a stash of goods, all while his victims were asleep upstairs.

“This behaviour is totally unacceptable, and our inquiries soon uncovered that on the same day Robinson had also stolen items from a second car in the area, and tried to break into a parked van.

“His deceit has now been laid bare, and he must deal with the consequences of his frequent offending.

Stay informed by receiving your choice of the latest breaking North East news, NUFC/SAFC news and business news direct to your email by subscribing to our newsletters – here’s how.

We also have a group for breaking news, one for travel news and one exclusively for court news.

Twitter: You can follow the Chronicle here, our NUFC page here, our SAFC page is here and The Journal here.

Insta: Here’s our Instagram page for all you photo lovers.

We send regular push notifications to breaking news and news specific to your local area via our app, which is available free to download for Apple devicesApple devices and Android devices.

“I would like to reassure the communities of Sunderland that we are committed to tackling burglary and will continue to identify offenders and bring them to justice.”

Following the initial burglary, the court was told police saw Robinson walking along Edwin Street in the early hours of December 13.

When spoken to by officers, the offender attempted to flee and threw an object in his possession into a nearby garden.

Police detained Robinson and seized the discarded item, which was identified as a window hammer.

Upon arrest, Robinson, of Avonmouth Road, Sunderland, denied any involvement and pleaded not guilty to burglary, going equipped for burglary, theft and interfering with a vehicle.

But he was convicted following a trial at Newcastle Crown Court and subsequently sentenced to four years behind bars.