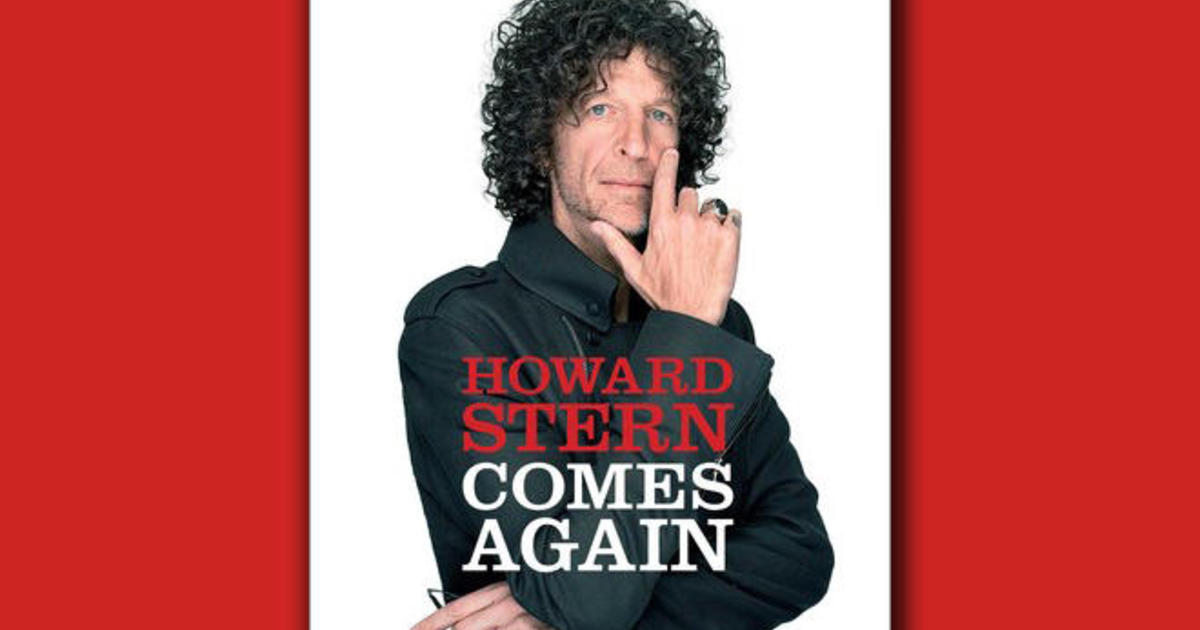 In “Howard Stern Comes Again” (to be published May 14 by Simon & Schuster, a division of CBS), SiriusXM satellite radio host Howard Stern writes about his broadcasting career, his roster of notable interviews, and his experience with psychotherapy, which he describes as life-changing.

In the excerpt below, Stern explains what it took for him to learn to treat his celebrity guests as collaborators in an interview rather than as foils for his on-air antics.

I’m not proud of my first two books. I don’t even have them displayed on my bookshelf at home. I think of them, and of the interviews I did with my guests during those first couple decades of my career, and I cringe. I was an absolute maniac. My narcissism was so strong that I was incapable of appreciating what somebody else might be feeling.

I have so many regrets about guests from that time. I asked Gilda Radner if Gene Wilder had a big penis. Great question. Drove her right out the door. George Michael’s band Wham! Everyone I worked with said, “Whatever you do, don’t ask them if they’re gay. Do not ask them if they’re gay.” Within twenty seconds, I asked them if they were gay. Eminem came on the show once then never again. Same with Will Ferrell.

Possibly my biggest regret was my interview with Robin Williams. When Robin came on the show in the early nineties, I spent the entire time badgering him about how he had divorced his first wife and remarried his son’s former nanny. I was attacking the guy, and he was justifiably furious with me. Years later, I realized I finally needed to apologize. I had already done this with some other people. I called them and tried to make amends. Some were gracious. A radio guy I had been awful to said, “You know what, man? I’m so glad you called. I actually felt bad for you that you were carrying around so much bitterness and ugliness inside, and I’m happy you don’t have that anymore.” Others were angry. A famous comedian I had bashed said to me, “I appreciate that you called, but I don’t know if I could ever forgive you. I had to go through a lot of misery, because your fans were brutal.” I didn’t know what Robin’s reaction would be. He could have hung up on me. He could have cursed me out. I had to do it.

It took me twenty years to work up the nerve. I was in the midst of tracking down his phone number, and the next day he died. I’m still filled with sadness over his loss and remorse for my failure to reach out sooner.

Telling Carly Simon how hot she was for a half-hour or spewing sex questions to Wilmer Valderrama – this ultimately led to nothing. It wasn’t good radio. It was meaningless. It was just me being self-absorbed and compulsive about asking something that would provoke and antagonize. Those weren’t really interviews. They were monologues. Instead of a conversation, it was just me blurting out ridiculous things. I had some real issues.

Then I started going to a psychotherapist.

This was in the late nineties. I had no idea how therapy worked. The only thing I knew about it was what I saw in movies and on television, where people would just sit there and tell stories. So that’s what I did. My first session, I sat down in the chair and began telling the therapist anecdotes as if I was on the radio. I hit him with all my favorite routines. I did a thorough and involved set on the Stern family tree, complete with impressions of my family. I put together a few minutes on marriage, then moved into the pressures of the radio business, and closed with the trials and tribulations of raising a family.

After I was finished with my stand-up, the therapist instead of applauding said, “There’s nothing funny going on here. Quite frankly, some of this stuff sounds pretty sad.” My first response was to get defensive. Who was he to say that? I could tell that story and laugh. I had done it many times. Gradually, after a few more sessions, I realized he was right. He was the first person who ever said to me, “I take you seriously.” I had always been hungry for someone to confide in like that, but I had pushed away my hunger. That’s often what people who are traumatized do. In order to protect themselves, they act like nobody else matters. They tell themselves they don’t need anyone.

The irony is that I’ve always had an appreciation for others in my work. Yes, it’s called “The Howard Stern Show,” but I’m at my best when I have a bunch of people around me, when I can call on them and collaborate. Whether it’s my co-host, Robin Quivers, or my producer Gary Dell’Abate or our jack-of-all-trades (sound effects, impressions, and so much more) Fred Norris; the staff of incredible writers and brilliant engineers; my front office, including chief operating officer Marci Turk and senior vice president Jeremy Coleman; my agent, Don Buchwald, and my executive assistant, Laura Federici; my bosses and the sales department at SiriusXM – I consider everyone a part of the team. What we do is like music, in a way. It’s like a symphony. That is truly how I’ve always seen myself: as an orchestra conductor.

Yet that generosity of spirit didn’t extend to my guests. I should have treated them as talented soloists and welcomed them to join in our performance. I was just too afraid that the audience would be bored when they didn’t get their fix of outrageousness – as if some quiet notes would have destroyed the concerto. Everything had to be one loud, crashing crescendo.

Initially, I went to therapy twice a week. Then the therapist had me up it to three times. Eventually he recommended I make it four. I thought, “Man, I didn’t know I was that screwed up.” I was reluctant to make such a big commitment, but I did it. I completely gave myself over to the process.

The more I went, the more that translated into how I interviewed my guests. I found myself changing my approach because I had experienced what it was like to have someone genuinely interested in my life. Therapy opened me up and enabled me to appreciate how fulfilling it was to be truly heard. That led me to the thought: “You know, somebody else might actually have something to say. Let’s just sit here and listen and not make it all about you.”

At first, not making it about me was difficult. I had to learn to say no to myself. Stop talking. Start listening. Let someone else shine and have a moment. Trust that the audience will remain there.