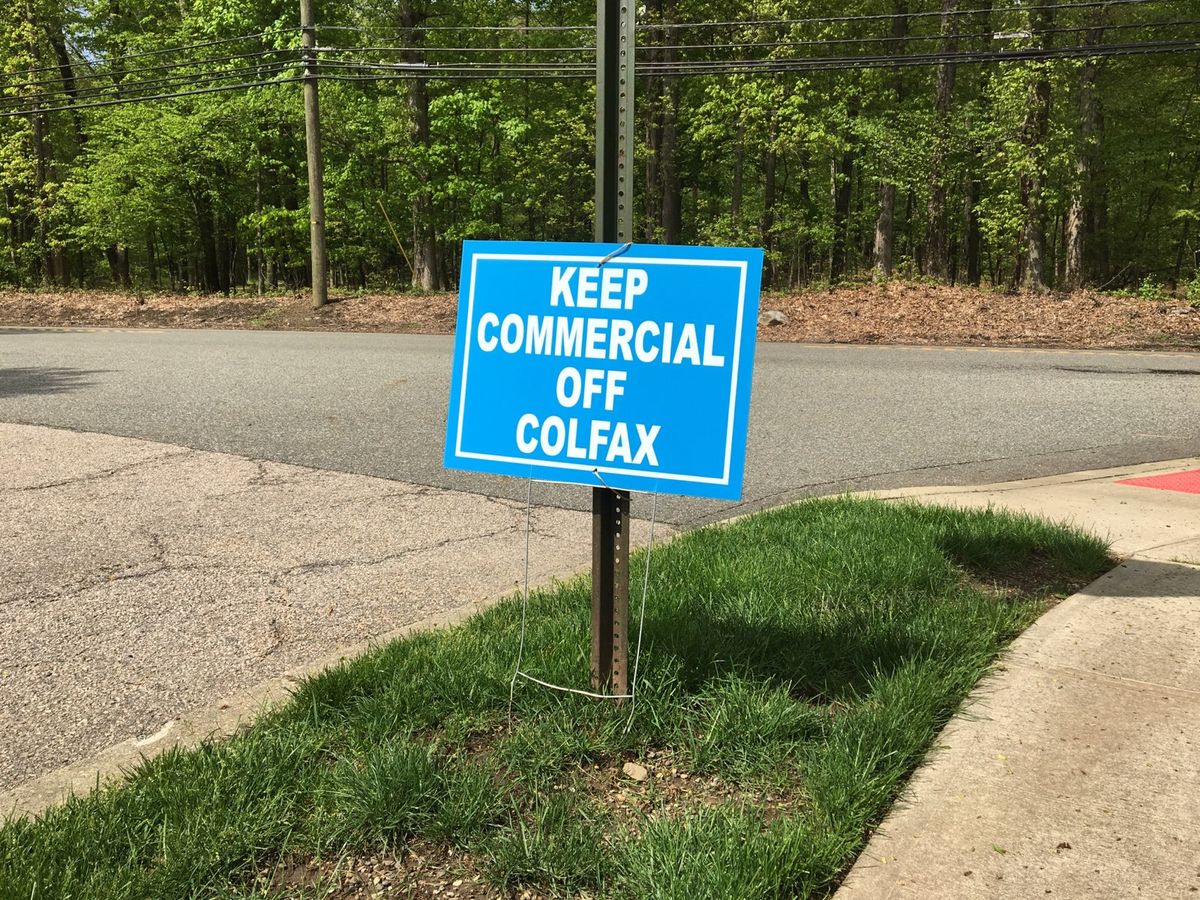 A zoning battle is brewing in Wayne over a most unlikely subject: Ping-pong.

The owner of an unoccupied, nearly-10 acre lot in a residential neighborhood is proposing a two-story training facility aimed at elite, potentially Olympic-level table tennis players, sparking a backlash from residents citing traffic and other concerns.

Dubbed the Northeast Table Tennis Club, the 27,100-square-foot building would have 16 ping-pong tables, seating for spectators, a fitness center and other amenities, according to the township’s planning department.

While Forrest Gump presumably would have loved the concept, some in the vicinity of 225 Colfax Road are objecting. They are mobilizing via a Facebook group and have hired an attorney to argue against approval by the township’s Board of Adjustment, which began hearing the application in February.

The description page of the Facebook group, Keep Commercial off Colfax, outlines objections to what it calls the “ping-pong problem,” including the removal of trees and the owner not living in Wayne. Signs opposing the proposal line the 35 mph road, whose speed limit was lowered two years ago from 45 mph.

A discussion on stormwater runoff took place at the third hearing Monday, according to Patch.

Dirar Manasra lives across the street from the site and said he opposes the construction plan.

“This is going to bring a lot of traffic,” Manasra, who moved from Clifton to Wayne two decades ago, told NJ Advance Media on Wednesday while standing outside his home.

“Definitely, I’m against it. I’m thinking it will bring my property values down,” Manasra added.

Michael Rubin, attorney for property owner Nader Fahimi, described his proposal as a good fit for the neighborhood.

“We think the site is a perfect fit for this application,” he said.

While the zoning is for residential use, Rubin said that the Wayne Racquet Club — featuring outdoor courts with lighting for outdoor play until 10 p.m. — is located on the other side of the street, at 170 Colfax Road. The racquet club dates to 1973.

A church next to the lot is in the process of being expanded, he said.

“This is not a 100 percent, pristine neighborhood with all residential homes,” Rubin said on Tuesday.

He added that while Fahimi, an orthopedic surgeon, does not live in Wayne, he has an office in the township.

The Facebook group asserts in its description that the facility “will not create any jobs for Wayne and is only geared towards Olympic-bound children.”

Rubin, though, said that while the initial concept is aimed at elite competitions, no final decision has been made on “whether it will be members-only, or open to the world.”

“I don’t understand why the neighbors are going to all these extremes,” Rubin said.

He said Fahimi is a longtime fan of table tennis.

While competitive table tennis is popular in some nations in Europe and Asia, it remains mostly a recreational game in the United States.

However, there are some clubs in New Jersey whose audience would appear to include players whose ping-pong ambitions range much higher than besting some friends on a Friday night.

Former U.S. Olympian Wang Chen opened in Jersey City the Wang Chen Table Tennis Club, which provides programs to players at all levels, in 2017. Chen placed 5th in the 2008 Olympics, which remains the best result for any American in table tennis.

In Dunnellen, the Lilly Yip Table Tennis Center — Lilly Yip competed in the 1992 and 1996 Olympics — features 24 tables on two floors.

Three-time Olympian David Zhuang is the head professional coach at Princeton Pong, which opened in 2014 in West Windsor. The standard adult membership is $50 per month and the facility offers summer camps, among other services.

Rubin said his client owns the property in Wayne, which according to township records was purchased n 2012 by Elite Partners of New Jersey VI LLC for $765,000.

He said the ping-pong facility is his first proposed use of the site.

The Board of Adjustment is scheduled to hold its next hearing on the application Aug. 19.

Get the latest updates right in your inbox. Subscribe to NJ.com’s newsletters