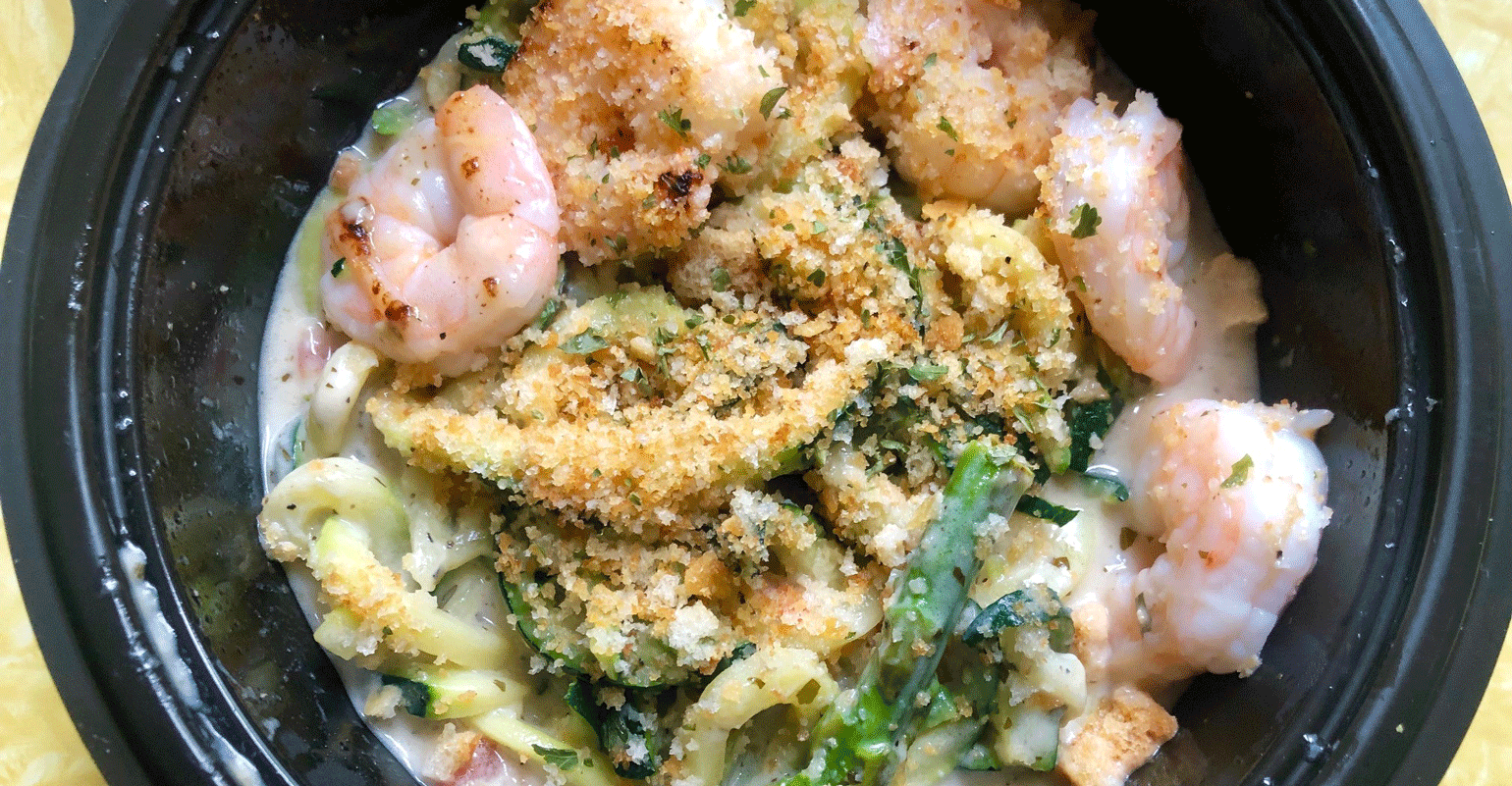 This week, Noodles & Co. added a nutrition calculator for customizing meals for lifestyle diets and unveiled new dishes geared for flexitarians as the chain accelerates its better-for-you menu platform.

Restaurants across the nation on Wednesday launched Zucchetti Garlic & Wine Sauce with Balsamic Chicken, a pasta bowl made with a base mix of spaghetti and zucchini noodles. Noodles has dubbed the mashup base “Zucchetti.”

Zucchini & Asparagus with lemon sauce, a new bowl featuring zucchini noodles or zoodles. Since its debut last year, the spiralized vegetable has become a crowd pleaser for new and lapsed customers.

The company also added a gluten-friendly shell noodle to the menu. New easier to read menu boards with elevated pricing on some dishes also launched at more than 450 stores nationwide. 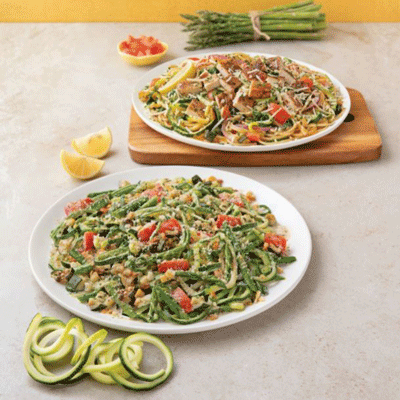 Offering a variety of foods for today’s carb-conscious diners and flexitarians contributed to same-store sales growth. For the first quarter, systemwide comparable restaurant sales grew 3%, compared to a 0.2% drop in the same quarter last year.

“Choice has always been a great strength of the brand,” Boennighausen said.

“Zucchini really addressed the elephant in the room,” Boennighausen said. “[Customers] do like the plant-based alternatives.”

On the digital side, Noodles said off-premise sales accounted for 56% of total sales. Digital orders led the category.

“Our brand is particularly suited for the off-premise occasion,” the CEO said.

Still, the company has room for improvement, he said.

“There’s nothing wrong with it,” Boennighausen said.

But, he added, it should be a “best in class” app that provides the company with a “360-degree view” of the guest. It should also be optimized to make personal connections with customers like the Starbucks app, the CEO said.

“We’re incredibly excited about this initiative,” he said.

The revamped rewards program is expected to debut in the early part of the fourth quarter.

Total revenue decreased 0.4% to $110 million, compared to $110.5 million in the same quarter last year. The slight dip was due to lower restaurant counts for the quarter. The company closed the quarter with 459 restaurants, down from 476 a year earlier.