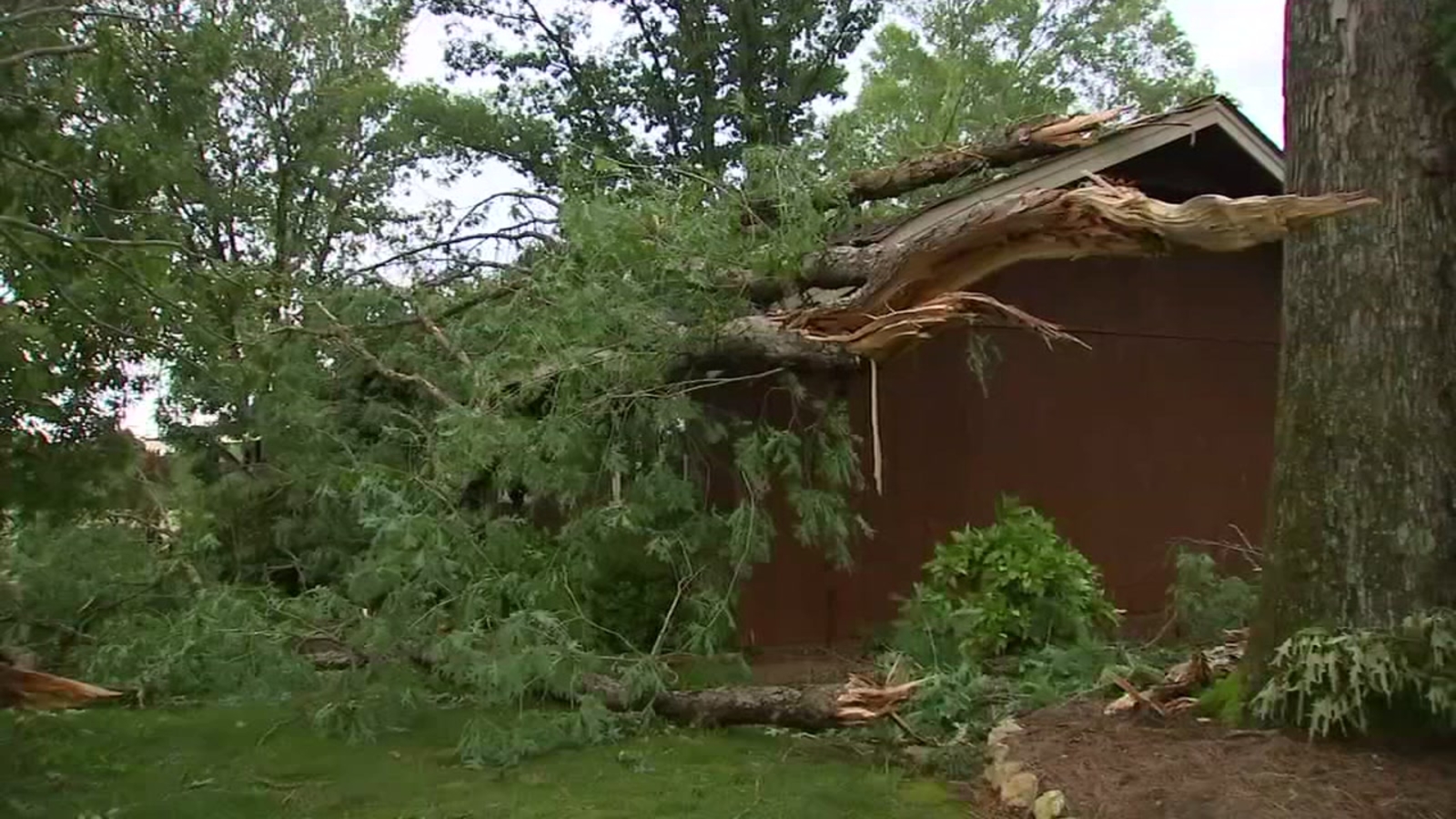 The good news is that the severe threat appears to be over for the ABC11 viewing area, Chief Meteorologist Chris Hohmann said. In fact, no rain or storms are expected through the weekend.

Earlier, a Tornado Warning was issued for Wake, Nash and Franklin counties but it expired at 10:45 a.m.

The NWS reported later in the afternoon that damage in Wendell and Zebulon was caused by a tornado.

In Wake County and Rolesville, a possible tornado touched down, damaging trees and some structures.

A farm near the intersection of Rolesville Road and Davistown Road sustained significant damage. Trees were toppled and uprooted on the property, falling on fences and in areas where farm animals lived.

None of the animals was harmed, according to the farm owner. Also, amazingly none of the trees fell on the owner’s home.

However, the roof of a barn on the property appeared to have been damaged.

A Wake County school bus was forced off the road on Colston Crossing in Zebulon. No students were on the bus and the driver was not injured.

Also in Zebulon, a tree fell through the home of an elementary school teacher. The teacher was not at home when the tree fell, but her pets — two cats and several ferrets — were inside the home.

While ABC11 crews were on scene, neighbors were able to pull the teacher’s ferrets out of a window safely. The condition of her cats has not been determined.

Just west of Zebulon, in the Lizard Lick area, the high winds knocked down a number of trees. Fortunately, nearly all of them just missed hitting houses and other structures.

At the Thompson home, the family was left with a mess but relatively little real damage. One tree left a huge scratch in the brick on the chimney.

“We had two big trees back here that were topped,” Cynthia Thompson said.

She said she was driving home when the storm hit but her husband was home.

“Before he blinked, it was over with,” she told ABC11. “And he even had a leaf that was halfway through the back door that had worked its way in.”

Thompson’s next-door neighbor, Beverly Currin, wasn’t quite as lucky. A tree fell and knocked a hole in the corner of her roof.

“It was leaking on the inside in my bedroom and in the door jamb,” Currin said. “And the water’s leaking down on the carpet getting it wet.”

She said she knew the storm was coming and sought shelter in her basement.

“I saw all the trees waving and rocking so I headed to the basement,” she said. “That’s what I did because I knew it was getting rough.”

When she emerged, half the big trees in her yard were down.

“It could’ve been worse,” Currin said. “It could’ve blown my house away and me in it. So I’m thankful that I’m safe by the grace of God.”

What to do when you see a tornado while driving

Tornado Safety: What to do when a twister strikes