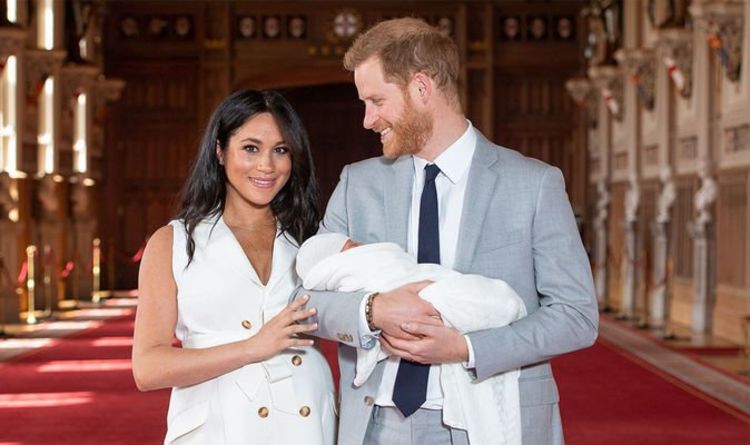 Many have praised Meghan and Harry for bringing the Royal Family into the 21st Century and being role models for a modern, forward-thinking Britain. Trevor Phillips, former head of the Equality and Human Rights Commission said the royal baby will the “poster boy for the new world”. However, this was not the first time Mr Phillips has spoken about Meghan’s role in bridging the gap between communities.

According to the 2018 book ‘Meghan: A Hollywood Princess’, Mr Phillips said: “The way in which Meghan handles herself will send out an important message.

“It’s a very big deal that she has been taught to have pride in her ethnicity.

“For people of colour, that will be seen was a positive, modern approach and immensely welcome.”

Author of the book, Andrew Morton, noted that only 6 percent of the 1,100 people employed at the Palace come from ethnic minorities, while only around 30 are in senior positions.

Meanwhile, according to the 2011 census, around 14 percent of the UK population are ethnic minorities.

He hinted that Meghan may want to take a stand on this issue and lead The Firm into being a model of diversity.

He said: “It has been argued that the Royal Family have missed an opportunity to take the lead on race.

“It is a subject that Meghan has not shied away from discussing and she will already be well aware that people of colour do not feature notably inside the Palace.

“Perhaps it is an issue she may decide to involve herself in after she settles into royal life.”

Meghan is the daughter of an African-American woman from LA and a white father from Pennsylvania, and she has described her own family tree as “complex”.

Her dual heritage reportedly means a lot to her, as she told L Magazine in 2015 she had always had a “longing to know where I come from”.

A number of public figures have spoken out about their joy at seeing the picture of Meghan, baby Archie and her mother Doria enjoying a moment with Prince Harry, the Queen and Prince Philip.

Conservative MP James Cleverly took to Twitter to say: “When my mum and dad had me, mixed race children were a rarity and we got teased relentlessly, even in southeast London.

“The picture of a mixed race royal baby is a really big thing for me and I make no apology for being a bit emotional about it.”