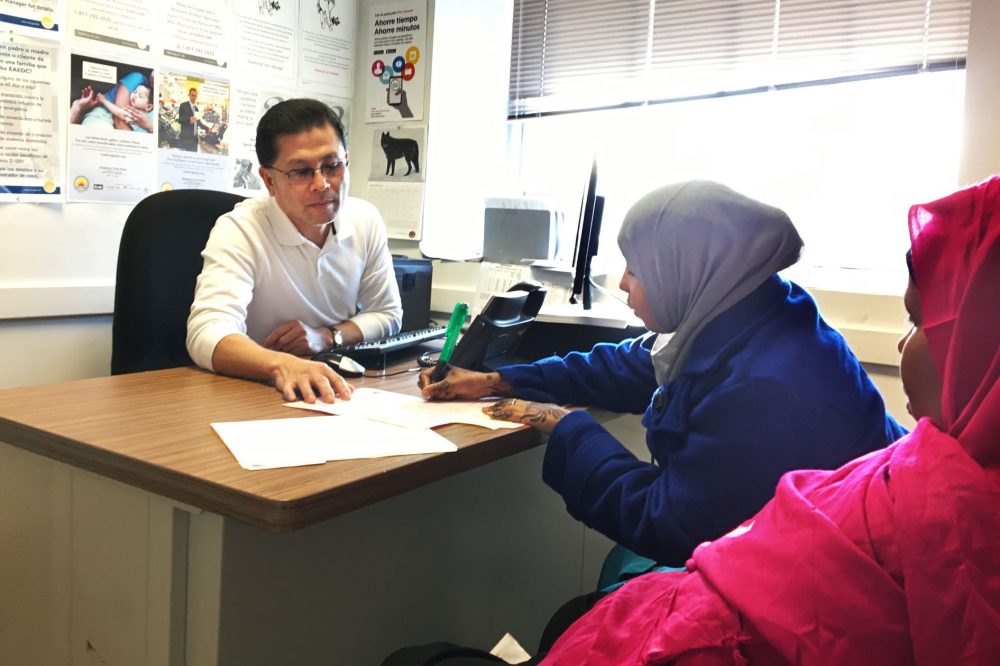 You probably have an opinion about the Supplemental Nutrition Assistance Program, even if you don’t recognize it by name. Some of us know it as SNAP, and others will recognize its former name: the food stamp program. For some, it represents a threat to personal responsibility and self-sufficiency. For others, it seems to barely protect the human right to food recognized by almost all member states of the United Nations.

SNAP seems to come up every year. In 2018, for example, the Trump administration proposed cuts to SNAP during the budget process and in the Farm Bill. Congress rejected the changes both times. Now, a proposed USDA rule — which would prevent states from waiving some work requirements for certain SNAP beneficiaries —  is up for public comment. This time, it bypasses Congress. So far, more than 28,000 commenters have weighed in.

I hope we take this opportunity to take a step back and look at how and why the problem of hunger and the debate over SNAP have both persisted so fiercely and consistently. Even with agricultural developments and new retail technologies designed to improve the flow of food to consumers, many families still go hungry.

Here in Massachusetts, more than 90% of SNAP beneficiaries are seniors, children, or residents with a disability, and more than half live below the poverty line. Living on the fringes, they often lack a platform or the social caché to tell their stories.

Statewide, they represent 1 out of every 9 people. So how much do the other 8 of us actually know about SNAP?

I grew up in Brookline, thinking as a child that hunger was something that happened in poor countries across the world where my Halloween UNICEF pennies went. I didn’t know that 10% of families in Massachusetts struggle with food insecurity, or that nearly 1 in 5 residents of Suffolk County receive SNAP benefits. I wasn’t aware of anyone in my immediate sphere relying on SNAP benefits to make ends meet.

There’s a big difference between knowing about hunger and understanding it through personal experience. While politicians debate the minutiae of who is eligible for benefits, and for how long and how much, many people, for a variety of reasons, are still in the dark about what reliance on SNAP actually looks like — despite the wide array of literature on it.

For example, did you know that the average SNAP benefit in Massachusetts is $1.38 per meal? Or that SNAP dollars can’t be spent on rotisserie chickens or other convenient ready-to-eat food? Or that the benefit amounts are calculated based on the USDA’s “Thrifty Food Plan,” which assumes that all food is cooked from scratch?

We lack more than just the facts. Especially in Massachusetts, so many of us are fortunate to not know the panic of a drained bank account, or the anxiety of waiting in the checkout line hoping that the EBT system will be in working order.

Many of us can’t grasp the innumerable moments of inconvenience, exhaustion, and desperation that SNAP beneficiaries and other food insecure people experience. There is no TV sitcom that puts a human face to food insecurity, no network cooking show about how to eat well while maximizing SNAP benefits. (Gwyneth Paltrow doing a “SNAP challenge” does not count.) As long as SNAP is invisible, its stigma holds power, and most of our opinions, however strongly held, are under informed.

With more visibility for SNAP, we might hear stories like Rochelle’s. Living in Boston, she used SNAP while serving as an”AmeriCorps service member”, and recalls the complicated paperwork she had to complete in order to receive her benefits. Even with a degree from Boston University, she found the legalese confusing. She ultimately had to report to an office in Taunton to submit her application, which required taking a day off from work and arranging transportation for the 80-mile round trip.

There are also SNAP beneficiaries like Joe, a resident of Falmouth who lost his restaurant job when vacation season ended. End-of-summer layoffs are common on Cape Cod, but seasonal unemployment has been increasing year over year. As a single father to a young son, Joe remembers opening the empty refrigerator, racking his brain for a way to make dinner out of mostly condiments and a few spare pantry items. After going to the Falmouth Service Center, Joe was able to use SNAP and other resources to bridge the gap between jobs.

Still other beneficiaries find themselves unable to make ends meet following unexpected tragedies. Susan, a retired Fitchburg resident and wheelchair user, lost her daughter to cancer and found herself with two grandchildren to support on a fixed income. She needed SNAP and other resources to help her access and pay for healthy food. Mariana, a Lawrence resident, lost her home in the 2018 Columbia gas explosions and used SNAP to help get back on her feet. SNAP beneficiaries all over the country wondered how long the January 2019 government shutdown would last, and when they would receive their deposits.

Stories like these are key to understanding SNAP on a human level. As politicians continue to debate SNAP with facts and figures, we can inform ourselves in a different way: by listening to the real stories of those who face food insecurity and rely on SNAP. I hope that this is the way to move the national conversation forward and make our politicians accountable to human experience rather than partisan rhetoric. It’s up to our media and advocacy organizations to keep telling these stories. It’s up to us to listen.