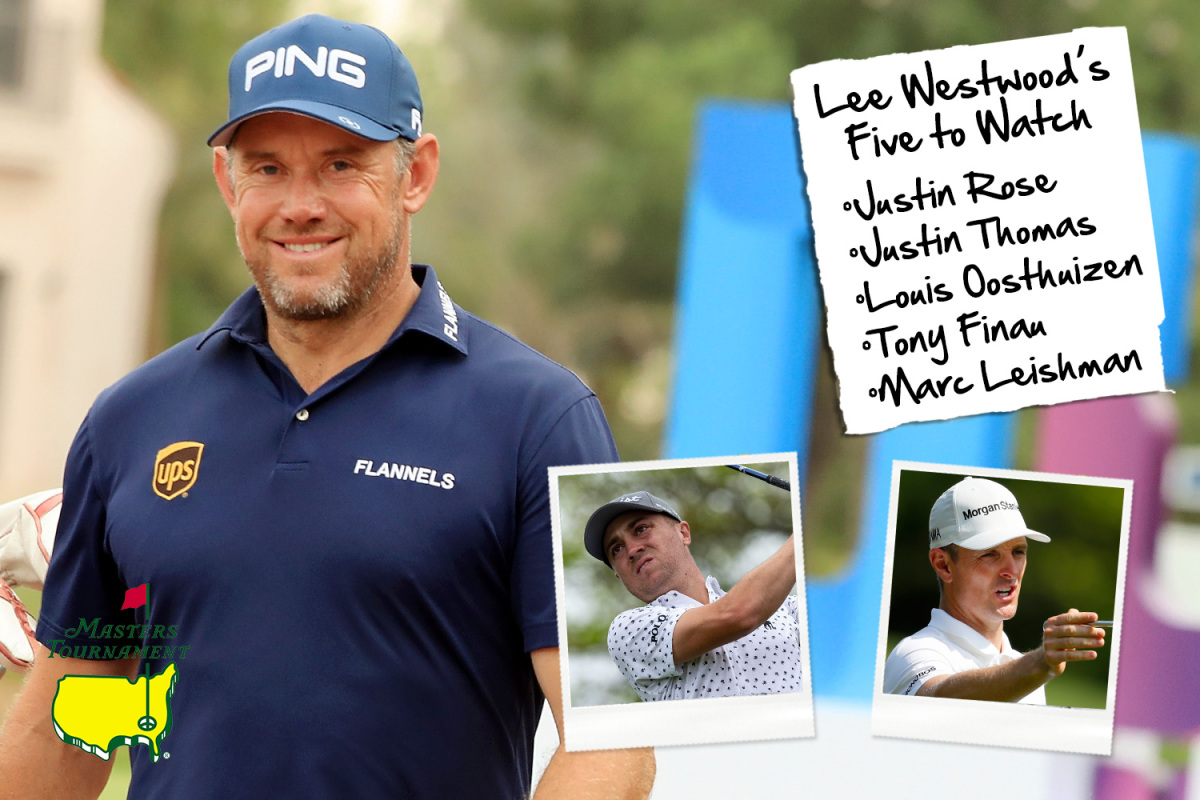 LEE WESTWOOD knows what it takes to play great golf at the Masters – even though the coveted green jacket somehow stayed out of arm’s reach when the former world No1 was at his peak.

Westy has marked our card on the players he expects to be in contention this week….

Rosey’s Masters record is a bit like mine, agonisingly close a few times, but no fat cigar to chew on so far.

But I definitely think he will pull on a green jacket sooner rather than later.

I love the way he’s putting these days, with that adjusted claw grip of his.

He is far more consistent with the a short stick than when he finished second in 2015 and 2017, and he makes far more clutch putts than he used to.

He won at Torrey Pines turning handstands at the start of the year, and there were signs he was getting back to that form at the World Match play a couple of weeks ago.

The other Justin has been a bit quiet recently, but class is permanent.

And he is top class by any standards, a Major winner and a world No 1, and he still looks like he’s only just old enough to shave.

I thought he handled the pressure brilliantly at the Ryder Cup, especially when he took down Rory in their epic Singles match.

He was the only real bright spot for the Americans in Paris.

He had three top three finishes in quick succession at the start of the year, and I think this tournament has been his big focus, so I’m not worried that he went off the boil a bit after that.

Louis has had a lot of problems with his back, but when he’s fit and firing he is a match for anybody – just think back to his 2010 Open win, and the fact that he has also done the ‘Second Slam’, as runner-up in all four Majors.

I was second the year he won the Claret Jug, but it didn’t feel like a near-miss.

Louis lapped the field and won by seven shots.

That’s what he is capable of when he plays his best golf.

He was runner-up at the Valspar Championship last month and a quarter-finalist at the World Match Play, so there are no doubts about his fitness going into the Masters.

Finau was another guy who impressed me at the Ryder Cup, because he was under a fair amount of pressure after being given a wild card even though he has only won one PGA Tour title – and that was at a second tier event in Puerto Rico.

But I don’t think he is fazed by having to endure a load of near-misses, and once he breaks through he will win plenty of big events.

And he was very impressive in the Majors last year, with three top tens.

I thought the 66 he shot in the final round last year, when he was still troubled by the awful ankle injury he suffered in the par three, was a real eye-opener – and a taste of things to come.

One of the most under-rated players in the game, and I’ve been expecting him to show just how good he is by winning a Major for the past few years.

I still think it will happen soon.

I can’t see any weaknesses in his game, and he plays hard courses really well.

The Masters 2019 Wags club from pop star to pole vaulter

Odds, tips and best bets ahead of the season’s first major at Augusta

That is the type of player you want on your side in the Majors.

He will be on my shortlist again for the Open in July, regardless of how he does at Augusta.

He was fourth in the Masters in 2013 when it was like Australia Day – Adam Scott won and Jason Day finished third –  and he was top ten again last year, so he can handle Augusta.

Fancy a flutter on one of Lee Westwood’s Five to Follow?

Here are the latest odds…