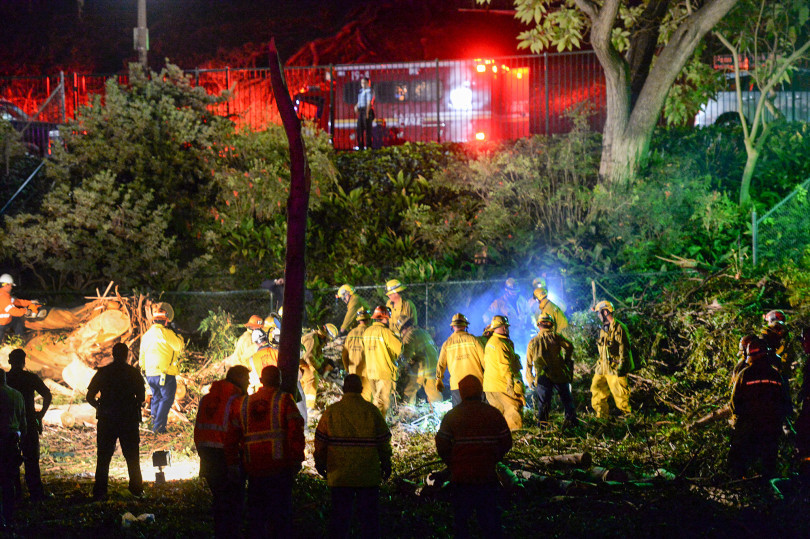 A Norwalk Superior Court judge said she’s likely to allow the lawsuit against the city of Whittier, brought by family members of a 61-year-old grandmother killed when a Penn Park tree toppled onto her, to continue.

Margarita Mojarro of San Pedro was attending a wedding in December 2016 when a massive eucalyptus fell on the the party as it was posing for photos. Twenty people were injured in the injured in the tree collapse, but Mojarro was the only person killed.

The city of Whittier had asked Judge Kristin S. Escalante to dismiss the case. But on Thursday, she said she’s inclined not to grant that wish.

Escalante, who is expected to make a final ruling in the next couple of days, said she based her tentative decision on opinions of experts who examined the remains of the 80-foot tree and concluded the city should’ve known its poor condition.

In a declaration filed by the Mojarros’ attorney, Matteo Garbelotto, who holds a doctorate in forest pathology and microbiology, said it was obvious the tree was compromised.

“The decaying branch stub where decay started would have been visible 10-plus years prior to the accident,” Garbelotto said.

Because the tree was located on a steep bank and allegedly was excessively watered, Garbelotto said it should have been “identified as a tree requiring to be inspected closely and often at a level beyond the simple visual inspection.”

In addition, root damage to the tree was extensive and could have been detected by probing the surfacing roots for at least five years before the fall, according to Garbelotto.

However, Justin Spearman, attorney for Whittier, said Garbelotto’s findings were based on a seven-hour session with the tree a couple of months ago, several years after the accident. “Hindsight is 20-20,” he said.

Spearman said Garbelotto dissected the tree into several parts, but what he found would not have been visible while the tree was standing. In addition, the city has many employees and contractors who checked the tree and never saw a problem

Brian Leinbach, attorney for the Mojarro family, countered the inspection was valid because trees don’t change condition after a fall and the problems they found have been in existence a long time — as many as 10 years prior to the incident.

Mojarro died at a hospital. A 3-year-old girl, a niece of the bride, was hospitalized in critical condition with a traumatic brain injury and a half-dozen other people were treated at a hospital for injuries not considered life-threatening.