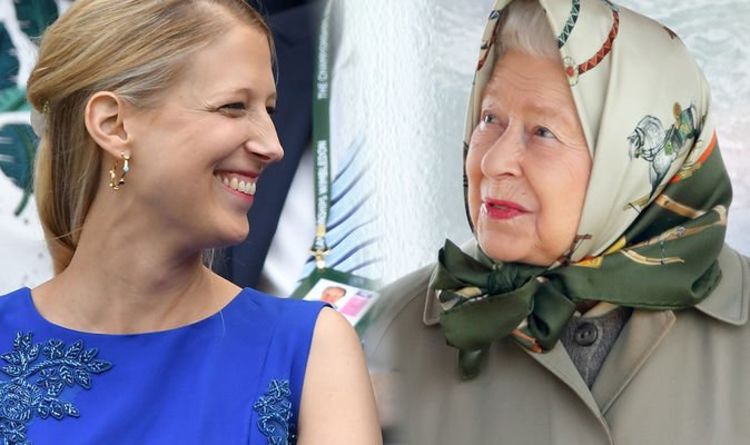 Lady Gabriella Windsor will marry financier Thomas Kingston on Saturday, May 18. The couple have invited senior members of the Royal Family to attend their nuptials, which will be held at St George’s Chapel in Windsor. The bride and groom have dated for several years and got engaged on the Isle of Sark in August 2018.

How is Lady Gabriella related to the Queen?

Lady Gabriella Windsor is related to the Queen through her father Prince Michael of Kent.

Prince Michael is a paternal first cousin of Queen Elizabeth II, being a grandson of King George V and Queen Mary.

That makes Lady Gabriella a first cousin once removed of the monarch.

Although not closely related, Buckingham Palace has confirmed the Queen will attend Lady Gabriella’s wedding.

So will other senior royals, but exactly who is not known yet.

The Queen’s attendance could be a special tribute to the bride, as she did not attend the wedding of Lady Gabriella’s brother Lord Frederick Windsor.

READ MORE: Royal wedding: The Queen to SNUB Lady Gabriella of THIS tradition?

Where in the line of succession is Lady Gabriella?

Lady Gabriella is 52nd in the line of succession to the British throne.

She was pushed down from 51st place after the birth of Meghan Markle and Prince Harry’s son Archie Harrison earlier this month.

Her dad, Prince Michael of Kent is currently 48th in line of succession, but was seventh at the time of his birth.

Lady Gabriella is not a working member of the Royal Family.

She earns her living as a writer and a senior director for Knightsbridge-based PR firm Branding Latin America.

But the 38-year-old is sometimes seen on the Buckingham Palace Balcony with the rest of the royals for different events such as Trooping the Colour.

She also doesn’t have the same privileges as the other royals, being a distant relative of the monarch.