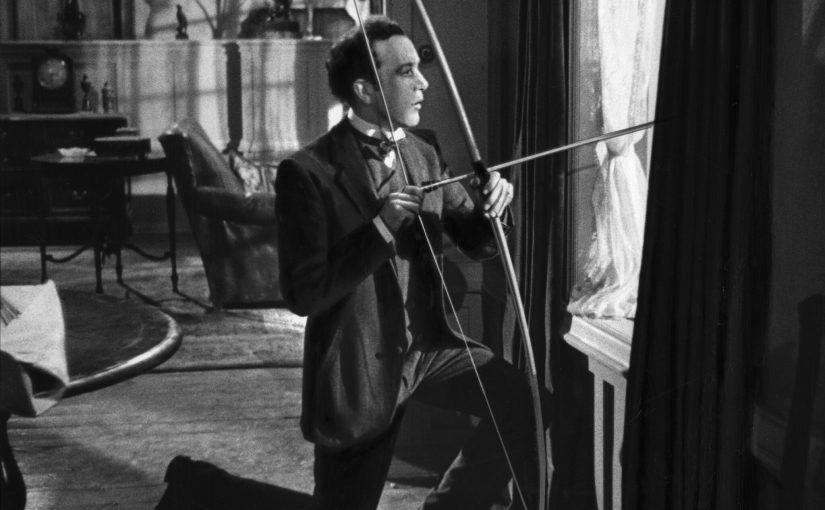 Studio Canal have created a brand new 4K remaster of film classic, Kind Hearts & Coronets to mark the film’s 70th Anniversary – and cinemagoers will get a chance to see it in on the big screen when it returns to cinemas on 7th June.

The 35mm nitrate original negative of Kind Hearts & Coronets was scanned in 4K resolution at 16bit by the BFI archive. The resulting files were sent to Silver Salt Restoration, for restoration and colour grading. Extensive manual correction was carried out on a frame by frame basis to fix large dirt debris, warping, tears, scuffs and scratches. It was colour corrected by Senior Colourist, Steve Bearman.

Then on 24th June Kind Hearts & Coronets will be released in a brand new Collector’s Edition on DVD and Blu-ray.

Hailing from the Golden-Age of Ealing comedies (Passport to Pimlico and Whisky Galore! also turn 70 this year) Kind Hearts & Coronets stars Dennis Price as the debonair yet impoverished Louis Mazzini, the would-be Duke of Chalfont whose mother was disinherited by her noble family, the D’Ascoynes, for marrying beneath her. When her dying wish to be buried in the family crypt is refused, Louis vows to avenge his mother and work his way up the family tree, by engaging in the gentle art of murder. One by one he attempts to kill off the eight successors that stand in the way of his becoming Duke –all played by Alec Guinness in an unforgettable tour-de-force performance.

Both releases include the following extras:

Did you enjoy the article above? If so please help us by sharing it to your social networks with the buttons below…