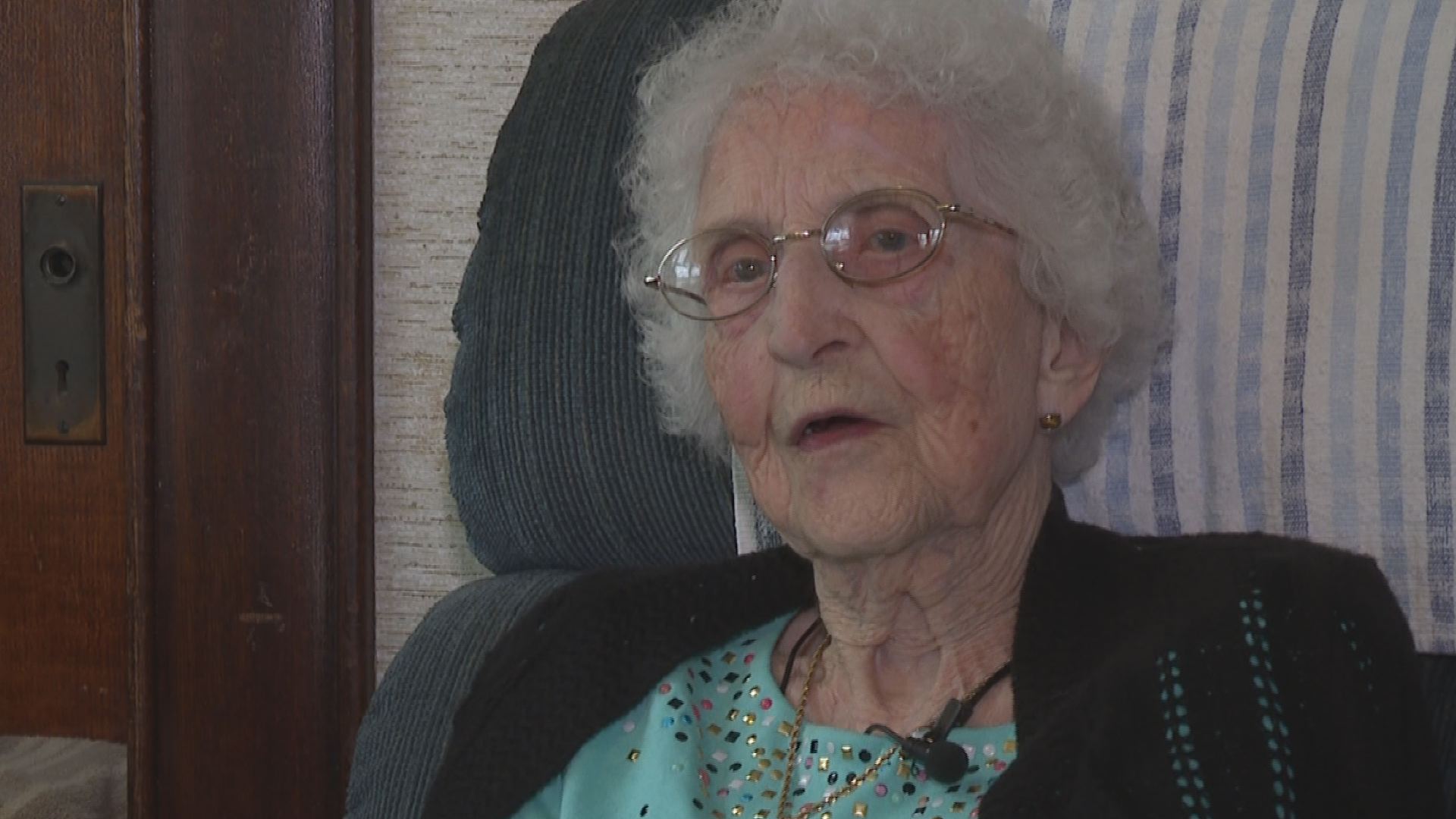 Kathryn Humrich was born in 1919 at home in Gregory at just 26 weeks.

The doctor told her sister she wouldn’t survive and told her sister Lydia to let her pass. But thanks her and an oven, Humrich is celebrating Mother’s day100 years later with her large family.

“I had nothing to do with it.”

Kathryn Humrich can be found sitting in her chair at her own home. She doesn’t take any medicine and says there’s no secret to living this long. But her story of survival at just one pound and ten ounces after being delivered is nothing short of a miracle.

“They held me by the oven door. Well, probably like an incubator now. They said let her, she’ll pass away,” Humrich said.

Her sister, Lydia, who was 11 at the time, would carry her on a pillow from the oven door to a sunny window sill, feeding her milk from an eyedropper. Humrich says living this long, when she wasn’t even supposed to survive after her birth was God’s plan. She says she has seen a lot of changes in the world, like cars, gas prices, and phones.

“It’s a lot different, that’s for sure.”

Her family says she still knows everyone in her family by name and enjoys having everyone over. She says she loves life with her ever-growing family tree, and wouldn’t want it any other way.

Humrich turns 100 on May 29. Her family says she still goes to church with them every Sunday and just stopped driving three years ago. Two of Humrich’s siblings lived into their nineties.