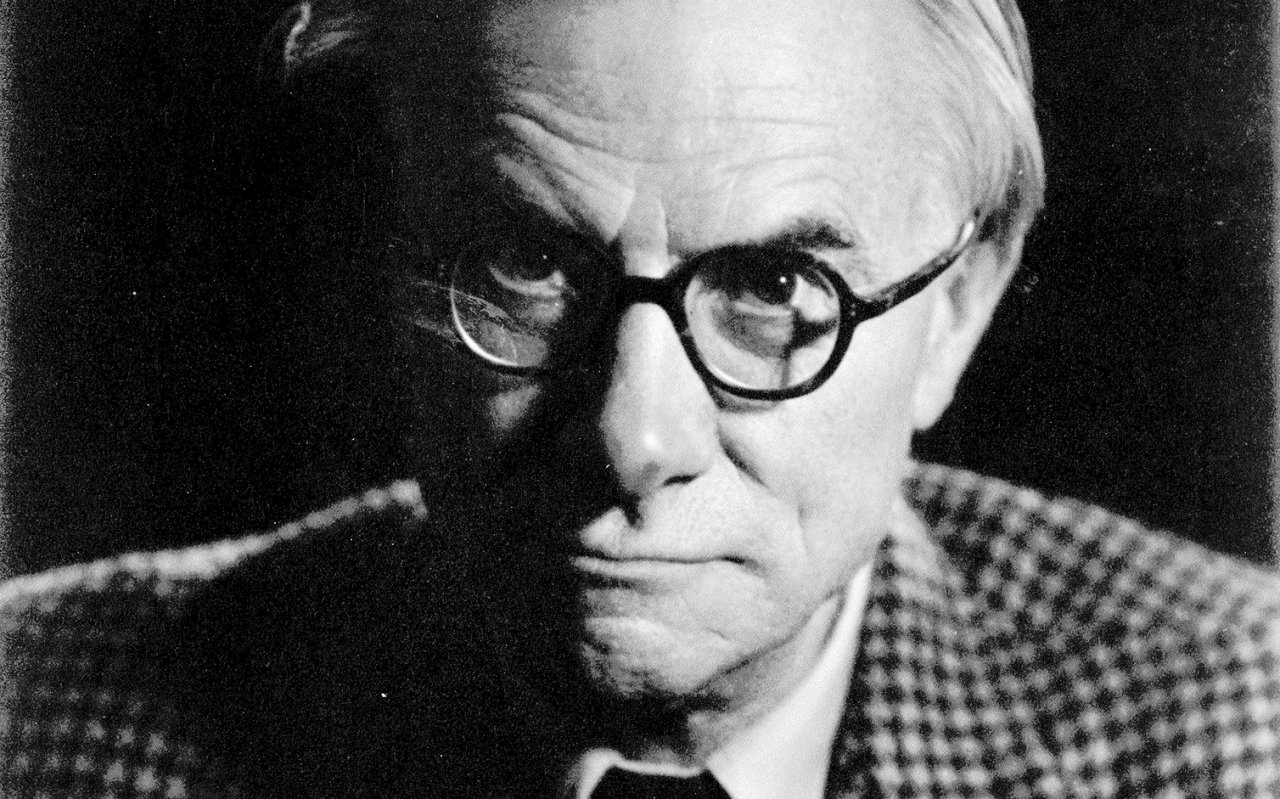 Between January and March 1961, the historian and diplomat Edward Hallett Carr delivered a series of lectures, later published as one of the most famous historical theories of our time: What is History? In his lectures he advises the reader to “study the historian before you begin to study the facts”, arguing that any account of the past is largely written to the agenda and social context of the one writing it. “The facts… are like fish on the fishmonger’s slab. The historian collects them, takes them home and cooks and serves them.”

My childhood memories of history and the learning of history were enhanced by the omnipresent familial legacy of my great-grandfather, EH Carr, nicknamed “the Prof”. He was the sort of man that always had holes in his sleeves, ate milk pudding every night and loathed fuss. Despite this, he was highly revered, so much so that my grandmother would dust the house plants prior to his arrival. He died six years before I was born, but his energy lived on within our family and encouraged my insatiable interest in history. As I rolled out my family tree on my grandparents’ living-room floor and closed in on the name Edward Hallett Carr I began a lifelong interest – and an imagined dialogue – with my great-grandfather.

Last year, What is History? was released as a Penguin Classic, and since its original publication has sold over a quarter of a million copies. It remains a key text in the study of history, and its provoking questions endure, still holding weight over some of the most prevalent issues our society faces when dealing with the problem of “facts”.

EH Carr, known by family and friends as “Ted”, led his daily life with stringent routine. He was up early, every day, and after tea and toast he would lock himself away for the day in his study. He wrote everything by hand in pencil; only his secretary was able to transcribe his scrawls. His endless handwritten pages finally resulted in a contorted joint in his right hand, a physical impression of his pencil. His work was extremely successful, but his personal life was not. He had two unsuccessful marriages, the second of which was to the esteemed historian Betty Behrens, and one of my grandfather’s memories of “the Prof” was that towards the end he was frequently at loggerheads with his wife. Ultimately, his work was his first love.

Carr was not a historian by traditional standards. He did not study history at university, nor did he go on to take a PhD and follow a conventional academic career. After graduating from Cambridge in 1916 with a classics degree he joined the Foreign Office, which proved hugely influential in the way he later approached the study of history. During his political career, in 1919 alone he was present at the Paris Peace Conference, involved in the drafting of the Treaty of Versailles and in determining the new border between Germany and Poland. He later had a post in the Foreign Division of the Ministry of Information, where he worked with the notorious Russian spy Guy Burgess. The memory of this period of his life lies on the bookshelves of my father’s study. A leather-bound copy of Don Quixote “to Ted”, a leaving gift from his colleagues at the Ministry of Information; Guy Burgess was a signatory.

In 1936, he took up a post at Aberystwyth University as professor of international politics. Here, he began his writings on foreign policy, including The Twenty Years Crisis (1939) released just before the outbreak of the Second World War, in which he interrogated the structural political-economic problems that were to give rise to conflict.

In 1941, he became assistant editor at the Times, before committing himself to academia, first at Balliol College, Oxford, in 1953, and two years later at Trinity College, Cambridge. He continued to write up until the day he died, in 1982, aged 90, when his body was achingly tired, but his mind was still running at a relentless pace.

Carr was one of our greatest and most influential thinkers. However, it was his interest in the Russian Revolution, which he witnessed from a distance as a Foreign Office clerk, that inspired his fascination with history. The seed of thought that grew into What is History? may have been planted even earlier, while still a Cambridge undergraduate. He recalled an influential professor who argued that Herodotus’s account of the Persian Wars in the 5th century BC was shaped by his attitude to the Peloponnesian War. Carr called this a “fascinating revelation”, and “gave me my first understanding of what history was about”. For Carr, Herodotus demonstrated that the historian frequently does not draw from objective fact, but his experiences of them. “Our picture of Greece in the 5th century BC is defective not primarily because so many of the bits have been accidentally lost, but because it is, by and large, the picture formed by a tiny group of people in the city of Athens.”

Originally a liberal, Carr began to look at the world with “different eyes”, and as early as 1931, after the Great Depression, he began to lose faith in the concept of capitalism and the political structure in which his early character was forged. In his developing interest in Russian history – and reading the Russian literature that was available to him – he was inspired to write the 14-volume A History of Soviet Russia, the first part of which was published in 1950. During its composition he became more convinced by Soviet ideology and before his death in 1982, he was urged to formalise his political beliefs, which he did in a personal three-page letter to my grandfather. This now survives, hidden deep within family archives; it stipulates he was a Marxist.

A History of Soviet Russia was a bold attempt carefully and meticulously to collect all the facts available, and in doing so, he articulated an impressively objective approach to Russian history. However, it was in this pursuit of objectivity that Carr came up against the same issue raised all those years ago at Cambridge with Herodotus. He found the objective approach to historical theory difficult to achieve. In the lengthy process of writing A History of Soviet Russia he appears to have become torn in his approach. He was initially optimistic; “it is possible to maintain that objective truth exists”, yet by 1950 he concluded: “objectivity does not exist”.

Nineteenth-century historians believed in objective history. They adopted a timeline of events and evidence, a method made famous by the scholar Leopold von Ranke in the 1830s, who wanted “simply to show how it really was”. Carr rejected this outdated approach, describing it as a “preposterous fallacy”.

TS Eliot once stated: “If one can really penetrate the life of another age, one is penetrating the life of one’s own.” Eliot also acknowledged that the study of history is key to understanding the contemporary world. However, as he compiled A History of Soviet Russia, Carr found achieving such penetration into the age an impossible task: while we can formulate a subjective understanding of the past, we cannot of course know it exactly as it was.

Facts can be changed or manipulated to benefit those relaying them, something we are acutely aware of today. During Carr’s lifetime, Stalin’s regime destroyed documents, altered evidence and distorted history. With this is in mind, it is the continued misrepresentation and misuse of fact, deliberate or accidental, that Carr interrogates in What is History? He encourages any student of history to be discerning: “What is a historical fact? This is a crucial question into which we must look a little more closely”.

Carr begins his interrogation by analysing how the “fact” is prepared and presented by the historian who studies it. He does so by dividing facts into two categories: facts of the past and facts of the present. A fact of the past – for example, “the Battle of Hastings was fought in 1066” – is indisputable but basic. A fact of the present is something a historian has chosen to be a fact: “By and large, the historian will get the kind of facts he wants. History means interpretation.”

Carr was not the pioneer of subjective historical theory. RG Collingwood thought that the objective past, and the historian’s opinion of it, were held in mutual relation; suggesting that no historian’s view of the past was incorrect and also that history only manifests with the historian’s interpretation. Carr contested this approach, arguing that it is the historian’s job to engage with the fact as a dialogue; “it is a continuous process of interaction between the historian and his facts, an unending dialogue between the present and the past”.

What is History? not only addresses the issue of interpreting fact, but also how the historian is shaped by it. History, he states, is “social process” and no individual is free of social constraint, so we cannot impose our modern understanding of the world on our ancestors. “Progress in human affairs,”  he wrote, “whether in science or in history or in society, has come mainly through the bold readiness of human beings not to confine themselves to seeking piecemeal improvements in the way things are done, but to present fundamental challenges in the name of reason to the current way of doing things and to the avowed or hidden assumptions on which it rests.”

In 1962, Isaiah Berlin, a contemporary and opponent of Carr, reviewed What is History? in the New Statesman and criticised the central issues raised. Berlin took issue with the theory that personal motivation did not account for action and disagreed with Carr on the key matter of objectivity, which Berlin argued was obtainable through the methods used by the historian.

Despite criticism, What is History? promotes the necessity of subjectivity in the study of history, arguing that we are all shaped by the society and the time that we live in. Ultimately, by understanding this, we are able to think critically about the evidence laid before us, before we begin to piece together the jigsaw puzzle of the past.

Shortly before his death, Carr had prepared material for a second edition of What is History? Only his preface was written, but in it he looks for “an optimistic, at any rate for a saner and more balanced outlook on the future”.

My grandfather, John Carr, describes how his father “would choose to sit in the main sitting-room, with us around, following our own pursuits, while he wrote his profound thoughts on pieces of paper accumulated around his chair”. It is this memory of the chaos of deep thought, the scraps of paper fluttering about his feet, that I would like to cherish, and in my mind, perhaps sit and watch as he conjures his next book. In reality, I am fortunate enough to observe the work he created take its place on the grand stage of history, and share with my grandfather the hope that it will “stimulate further study and understanding of the future way forward in the world”.