Sajia Yaqobi holds her son, Elias, in the hospital. He’s undergone several rounds of chemotherapy, robbing him of his jet black hair. (Submitted)

A mother from Afghanistan now living in St. John’s is facing an immigration nightmare, as her toddler needs cancer treatment in the United States — and she is prevented from accompanying him.

Sajia Yaqobi’s best option is to obtain Canadian citizenship on compassionate grounds and get a rushed passport so that she can travel in May to Boston with her 15-month-old son, Elias, for a rare form of radiation treatment.

“Even a second [without her son] is too much for her,” said Assadullah Faqiri, her husband. “And Elias without his mother, he cannot make it.”

Elias Faqiri was born the picture of health — a staggering 11 pounds with a head so full of hair the hospital staff called him “Baby Elvis.” 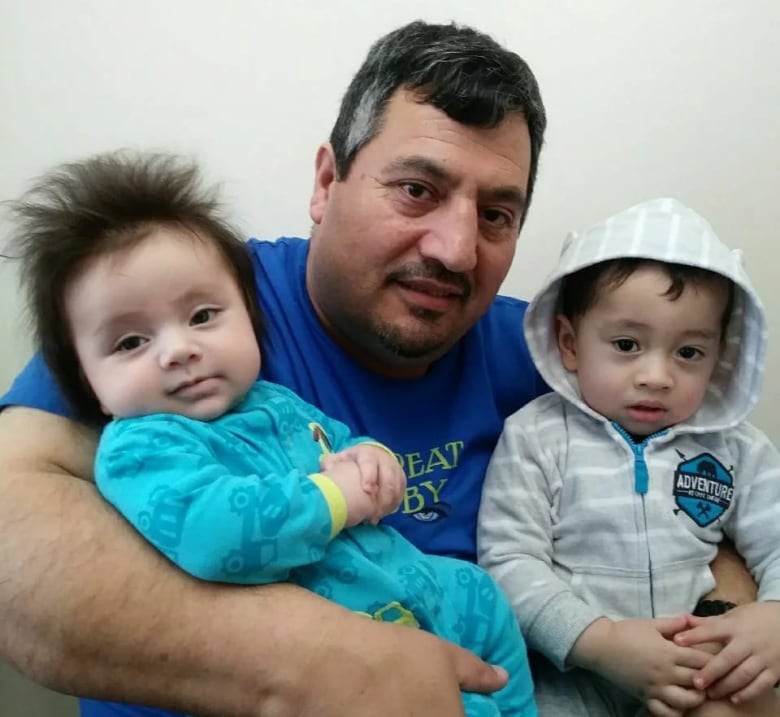 His parents thanked God for a second son born in the same year as their first. Their dreams were coming true as they started their family in St. John’s, a world away from the life they left in Afghanistan.

It wasn’t long until turmoil returned to their lives, and the tufts of that jet black hair began falling from his head.

“At the age of 10 months, he was diagnosed with cancer. Brain cancer.”

I don’t want to lose that baby.– Assadullah Faqiri

Through tears, the boy’s father does the talking. Faqiri is a taxi driver, keeping long hours to support his family. Yaqobi sits beside him and wipes rolling tears from her cheeks. She came to Canada in 2015, and has yet to learn English.

It’s been five months since the diagnosis of Ewing’s sarcoma, and the outlook is positive.

Elias is responding to the chemotherapy, but he needs a special kind treatment not offered in Newfoundland and Labrador. 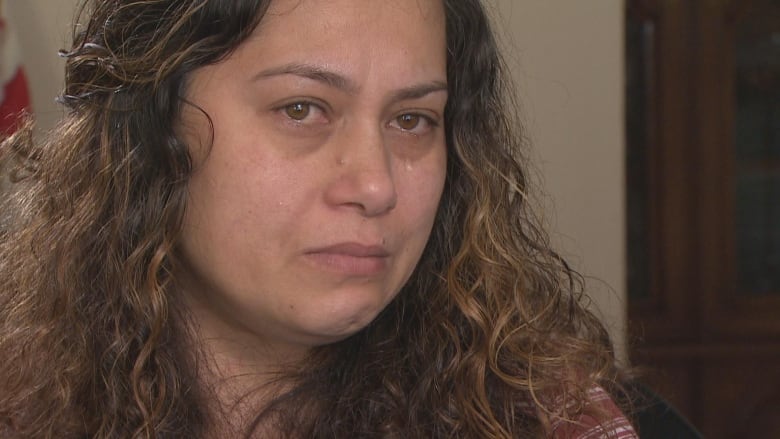 Sajia Yaqobi is facing a parent’s worst nightmare. Her son needs life-saving treatment in Boston, and she can’t go due to immigration issues. (Bruce Tilley/CBC)

The best option for his survival is to send him to Boston — first for some tests on April 9, and then for three weeks of proton radiation therapy in May.

Faqiri will make the five-day trip to Boston next month alongside his brother and sister, but worries what will happen if his wife can’t be with her son for the longer second trip.

Yaqobi is a permanent resident of Canada, but not yet a citizen.

Therefore, she qualifies for health coverage and pays taxes, but cannot obtain a passport to travel internationally.

Permanent residents can visit the United States if they have a valid passport from their home country and apply for a visitor visa. This process can take months, and Yaqobi’s Afghan passport has expired.

“I don’t know how long it’s going to be [to get a] visa,” Faqiri said. “But more important is my son because I don’t want to lose that baby.”

The family believes her best hope is to obtain Canadian citizenship and get an expedited passport so she can accompany her son in Boston.

She’s been in Canada long enough to qualify for citizenship and her husband and all his family are citizens. 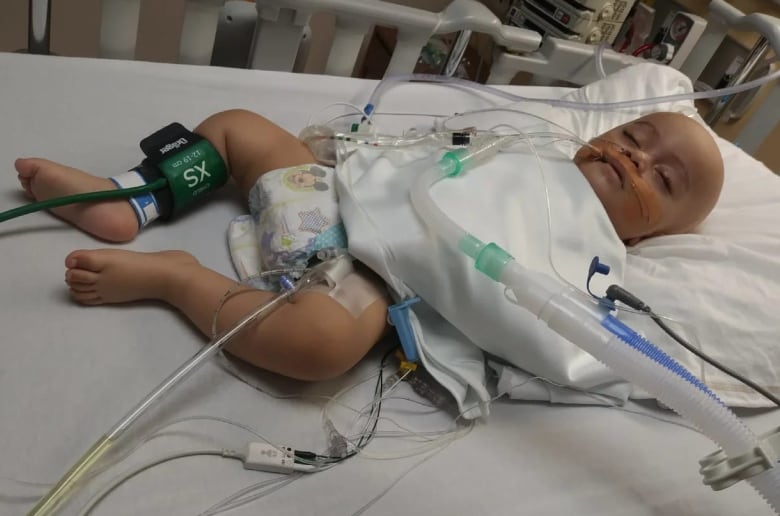 At 10 months old, Elias Faqiri was diagnosed with brain cancer. An operation removed most of the tumour inside his skull, but he needs proton radiation to continue treatment. (Submitted)

However, one of the requirements is an English proficiency test. Yaqobi has attended some English classes, but gave them up after her doctor ordered her to rest during her second pregnancy.

They’ve tried calling the same immigration and citizenship hotline they’ve dealt with before, but say nothing is moving quick enough to allow her to travel by May.

Medical exemptions can be granted under Canadian law to bypass certain parts of the citizenship process. They hope government will step in and expedite the process.

Yaqobi struggles to eat most days.

She doesn’t sleep through the night, either, waking up with dreams that someone is trying to take her son. 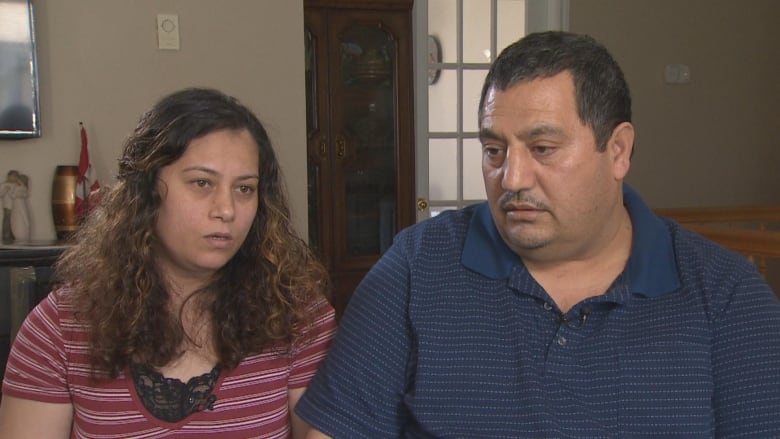 Sajia Yaqobi and Assadullah Faqiri are hoping she can get Canadian citizenship expedited on compassionate grounds. (Bruce Tilley/CBC)

Faqiri works hard, trying to make enough money to cover the cost of travel for treatment.

“I’ll work seven days a week, I don’t care about that. Non-stop, as long as my son will survive.” 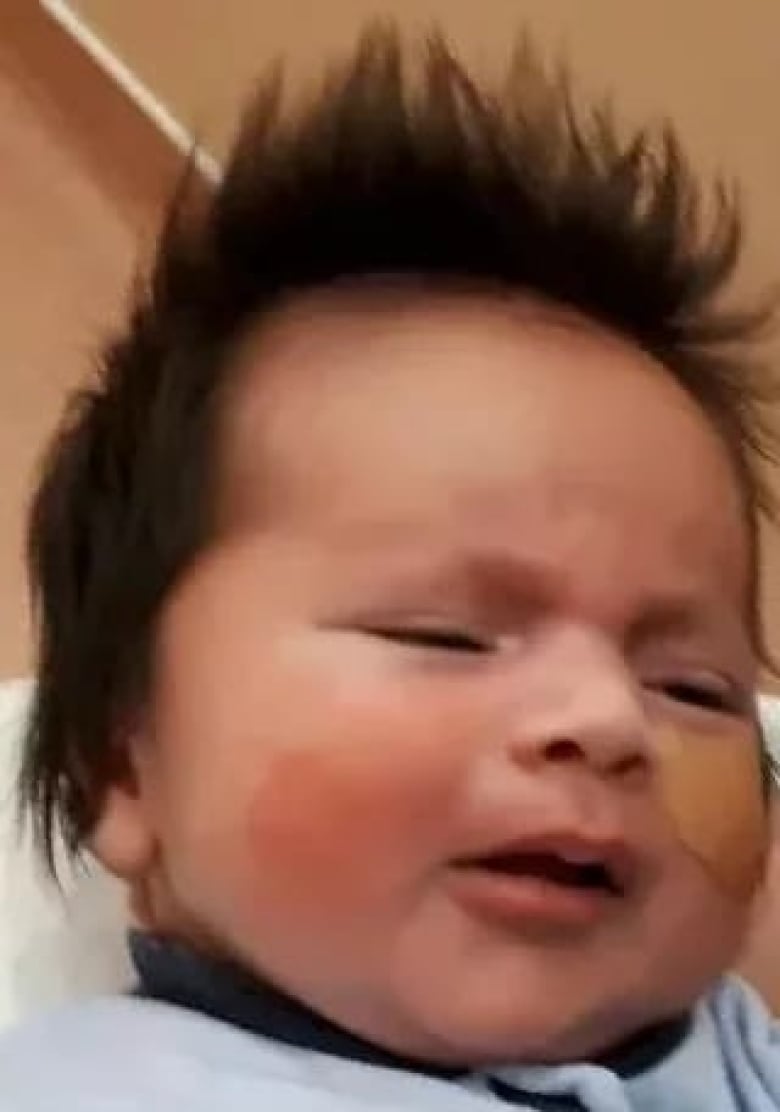 After he was born, hospital staff referred to Elias as “Baby Elvis” because of his abundance of hair. (Submitted)

Their other son, Abbas, spends his afternoons in daycare while the parents tend to Elias at the hospital.

The toddler has split the last five months between home and the Janeway children’s hospital, going back for chemotherapy and occasionally to deal with high fevers.

Faqiri said Elias cries for his mother, and is often only soothed by her presence.

“As soon as he can see his mother, he jumps right away,” he said.

Both parents are thankful for all the help they’ve received from the Janeway — the doctors, nurses and staff have been miracle workers, they said.

Whether it takes government intervention or some sort of divine intervention, Faqiri just wants his entire family to be together as they move forward with the next steps.

He dreams of a day they don’t have the anxiety of cancer looming over them, when his wife’s smile and the jet black hair of “Baby Elvis” will return.