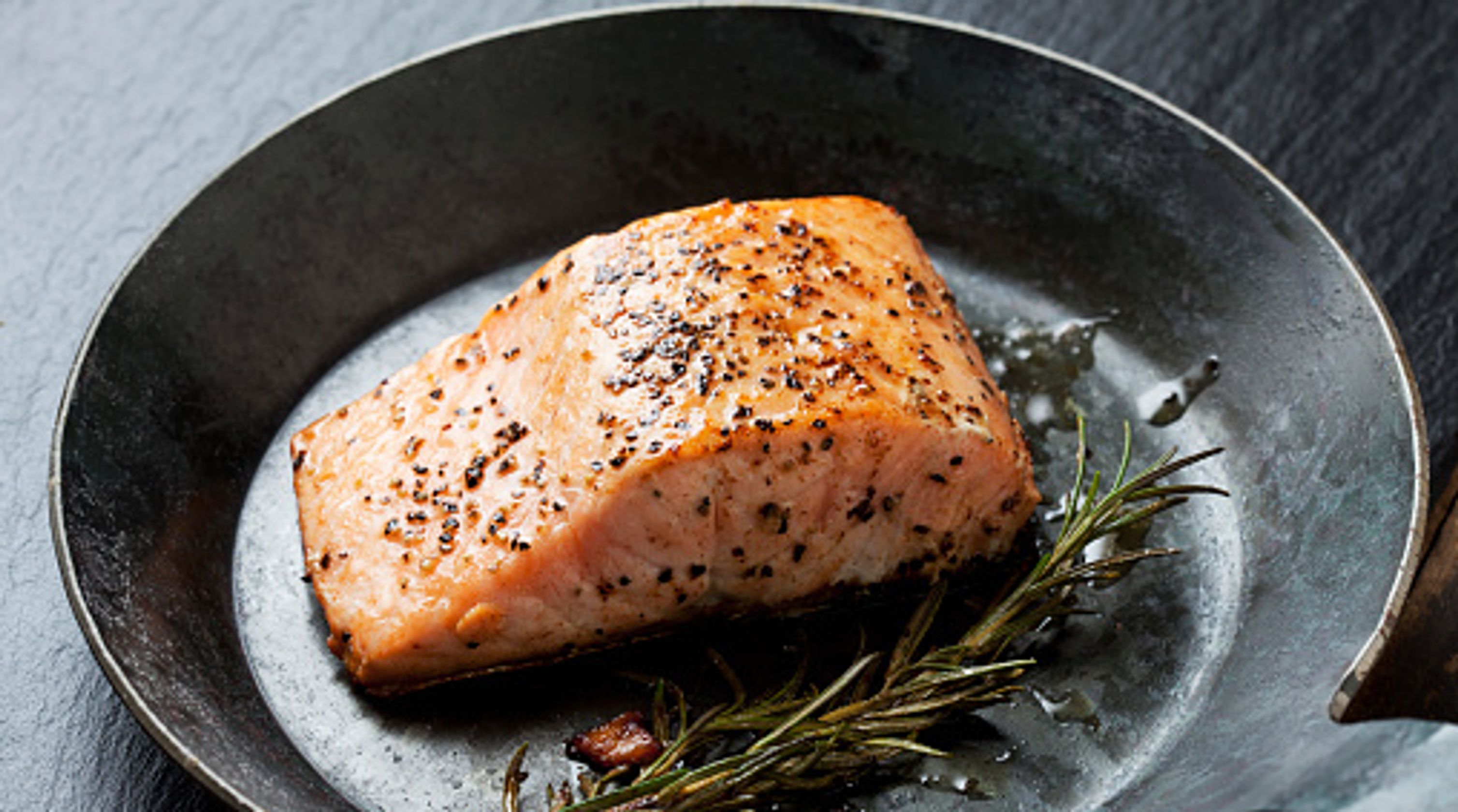 Next time you avoid getting salmon at a restaurant because you think it’s too fatty, just order it! It might make you age better. Susana Victoria Perez has more.
Buzz60

The U.S. Food and Drug Administration is now allowing this kind of fish, whose DNA has been altered to speed up growth, and its eggs into the U.S.

The announcement means that AquaBounty Technologies may import AquAdvantage Salmon eggs to its facility near Albany, Indiana, where the fish grow faster than traditional Atlantic salmon.

AquAdvantage Salmon could hit store shelves by 2020, said the company. It declined to discuss what the cost will be.

“We will sell our salmon at market prices, so it is too far away to know what that will be. We will not sell at a discount,” AquaBounty said.

Genetically engineered salmon is coming to stores as soon as next year. (Photo: Westend61, Getty Images/Westend61)

Oink, oink: There are now ‘low fat’ pigs, thanks to science

AquAdvantage Salmon, what critics deride as Frankenfish, is the only genetically-engineered animal for food use that has FDA approval, the agency said. The FDA first determined this fish was safe for human consumption in 2015.

“The FDA is committed to supporting innovation and ensuring safety in the biotechnology space, including the use of (intentional genomic alterations) in animals,” FDA Commissioner Scott Gottlieb said in a statement. “We’re interested in the promise that newer technologies can have for bringing innovative products, such as these, to market while also helping to ensure they are safe and effective.”

In its research four years ago, the FDA also determined that the genetic engineering is safe for the animal and that the product would have no significant impact on the environment.

Fueled by more availability due to fish farming and an increased focus on eating healthy, fish consumption overall worldwide is on the rise, experts say.

“Approximately 350,000 tons of Atlantic salmon are consumed in the United States with more than 95 percent of it imported,” AquaBounty said in a statement. “FDA’s actions will allow for production and sale to begin here in the U.S., bringing opportunity for investment in rural America, creating American jobs, while also reducing dependence on seafood imports.”

Salmon is big business in the U.S., according to the National Oceanic and Atmospheric Administration. It’s the country’s highest-value commercial species at $688 million, compared to $610 million for crabs, $594 million for lobsters and $531 million for shrimp.

AquAdvantage Salmon grows faster than traditional Atlantic salmon, using the growth hormone gene from Chinook salmon and some DNA from a fish called the ocean pout, according to the FDA. That enables the fish to reach sellable size more quickly than how Mother Nature does it.

How popular is your car? These car models from BMW to Mercedes to Toyota take forever to sell on dealers’ lots

A happy ending: Photo of sad dad trying to sell donuts goes viral, and a sweet Twitter moment is born

“I think the GMO salmon are safe to eat, but are they cheaper and do they taste better than other farmed salmon? Otherwise, why bother?,” said Marion Nestle, professor emerita of nutrition, food studies and public health at New York University. “I hope the GMO salmon are being raised inland with no possibility of their escaping into the oceans. It’s best to keep wild salmon populations away from them.”

The International Salmon Farmers Association said there’s “probably nothing” wrong with genetically engineered salmon, but fears how the public will perceive this type of fish — and what that will do to the industry as a whole.

“It will destroy the reputation of the salmon. This is not good PR for the salmon business. It’s considered Frankenstein fish,” said president Trond Davidsen. “If you’re being rational, that’s not the case, but that’s the image that’s already been produced.”

Maynard, Massachusetts-based AquaBounty Technologies was founded in 1991, according to its website.

The secret is that it’s actually super easy.
Buzz60