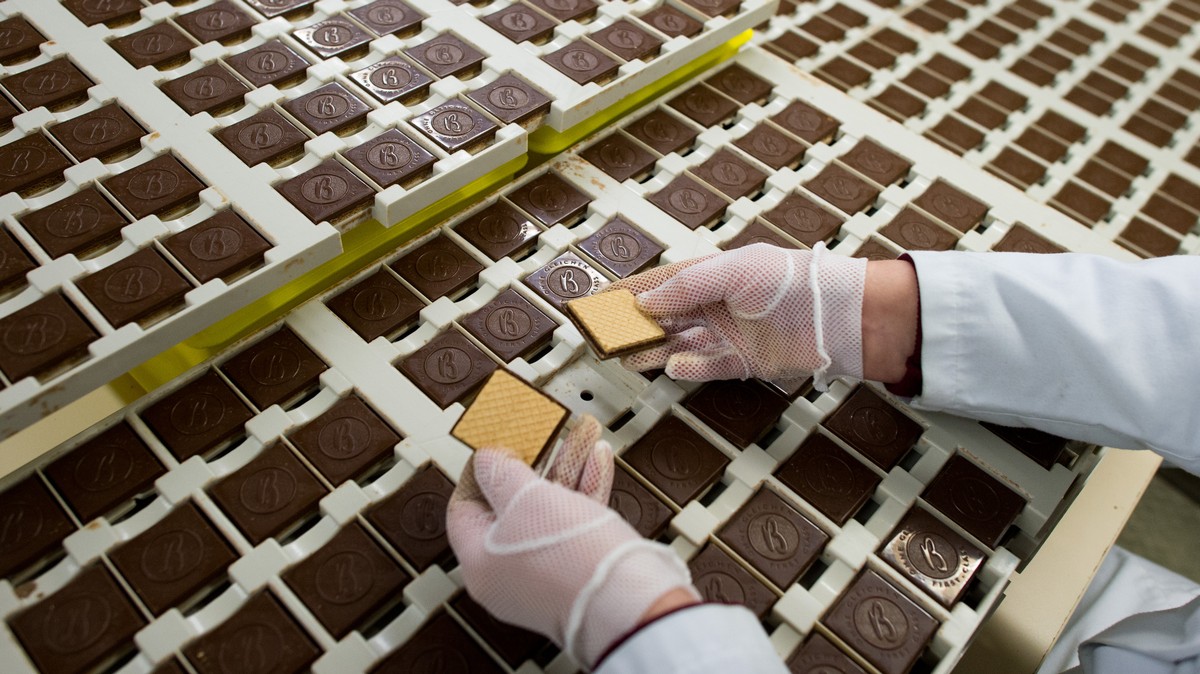 Last week, 25-year-old Verena Bahlsen took part in the OMR Festival in Hamburg, an acronym-ed annual conference that stands for and sells itself to “Online Marketing Rockstars.” During her presentation, Bahlsen—the heir to a German cookie fortune—introduced herself as an unapologetic capitalist. “I own a quarter of Bahlsen and I am also happy about it,” she said. “It should continue to belong to me. I want to make money and buy sailing yachts from my dividend and stuff. I just really believe that in the long run I can make more money by improving the world.”

OK, sure, fine. If she’d stopped there, she’d just sound like every ultra-hateable influencer’s Instagram account, minus the #blessed hashtags. But some critics pointed out that the Bahlsen company both used and benefited from forced labor during World War II, so maybe she should cool it with the “ I just want to buy yaaaachts” talk. Bahlsen may have illustrated what not to do when you’re confronted with human rights violations from your family’s Nazi-era past.

“That was before my time and we paid the forced laborers as well as the German [workers] and treated them well,” she told Bild. “Bahlsen was guilty of nothing.”

That… has not gone over well. The BBC reports that Felix Bohr, an author and historian, decried her “obliviousness to history.” Ulrich Herbert, a history professor at the University of Freiburg, told Zeit that her claim that those slave laborers were paid as much as German workers was “highly doubtful,” based on his knowledge of the Nazi laws about forced labor. (He says that it’s more likely that they got between one-third and one-half of what the Germans made.) And others have just called for a flat-out boycott of Bahlsen’s products, including Choco Leibniz, Hit sandwich cookies, and Leibniz Butter Biscuits.

On Wednesday, Bahlsen apologized in what seems like a very on-brand way. “I deeply regret that my speech on economic sustainability at the marketing congress in Hamburg has turned into a debate on German history and forced labor in the Third Reich and the role Bahlsen played,” she said in a statement posted to the Bahlsen Family website. “That was not my intention in any way. It was a mistake to amplify this debate with thoughtless responses. I apologize for that. Nothing could be further from my mind than to downplay national socialism or its consequences.”

On its website, Bahlsen acknowledges that approximately 200 forced laborers—mostly women, mostly eastern European—worked in its production facilities from 1943 to 1945. In 1999, some of those women sued for financial compensation, but the District Court of Hannover dismissed their lawsuit because the statute of limitations for those claims had expired.

Over the next two years, the company gave $1.5 million deutschmarks to Stiftung Erinnerung, Verantwortung und Zukunft (Foundation Remembrance, Responsibility and Future), a federal organization which distributed payments to Nazi-era forced laborers. And, until Bahlsen started talking at that so-called ‘Rockstar’ conference, that might’ve been that.

Verena Bahlsen isn’t the first heir to get a recent reminder of her relatives’ appalling pasts. A few months ago, some of the younger members of Germany’s Reimann family asked a University of Munich historian to investigate its family tree, even the shittiest parts of it. They already knew that Albert Reimann and his son, Albert Reimann, Jr. were literal Nazis who supported Adolf Hitler and made financial contributions to the Schutzstaffel, but the historian had to tell them that their late relatives had forced as many as 175 Russian citizens and French prisoners of war to work for their company in Nazi-era Germany.

On Wednesday, the Balsen family announced that they had retained Dr. Manfred Grieger, a historian who famously chronicled Volkswagen’s own Nazi connections, to put together a team of experts to “compose a scientifically founded company history,” including its use of forced labor.

Yeah, that yacht’s probably gonna have to wait.