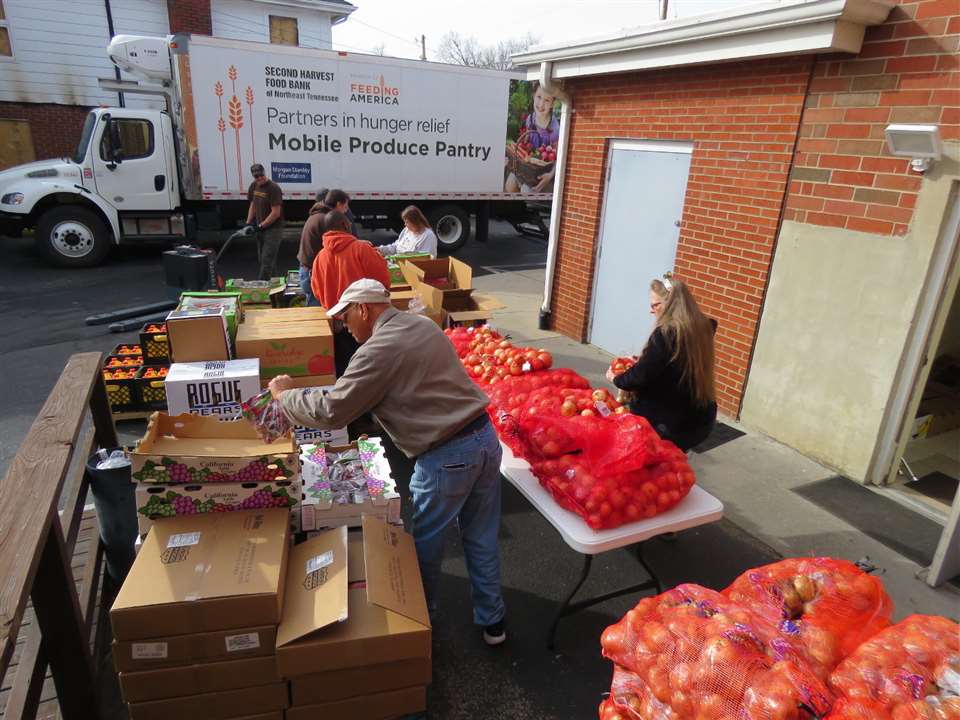 This issue was outlined in Feeding America’s “Map the Meal Gap 2019” study, which uses data from the Department of Agriculture, Census Bureau, Bureau of Labor Statistics and food price data and analysis from Nielsen.

The report reveals that children in both Northeast Tennessee and Southwest Virginia are more likely to face hunger than the overall U.S. population.

The data revealed that food insecurity exists in every county in the food bank’s service area, Chafin said. The regional child food insecurity rate is 21.9 percent, compared to 13.6 percent for the overall population of Northeast Tennessee.

“Food insecurity describes a household’s inability to provide enough food for every person to live an active, heathy life,” Chafin said. “Food insecurity is one way we can measure and assess risk of hunger. In the United States, currently one in eight people struggle with hunger. In Northeast Tennessee, that number is one in seven.”

The study also breaks down food insecurity rates by county. For example, 19,340 people are considered food insecure in Sullivan County, which equates to 12.4 percent of the population.

“This is the only study that provides food insecurity data at the local level currently, and we’re so pleased to have it so that we can identify how many people that we need to serve,” Chafin said. “This information shows how great the need is in our region and why we depend on large food drives and other support in our community.”

“Food insecurity remains a critical issue in Southwest Virginia, even as the country has seen positive movement in economic and other factors,” said Pamela Irvine, chief executive officer of Feeding America Southwest Virginia, in a press release. “It is especially serious when we consider the effects of food insecurity on our children. Without proper nutrition, we know that children’s physical, mental and emotional health suffer, and they cannot reach their potential.

“Feeding America Southwest Virginia is dedicated to supporting the health of children and families through a variety of programs and services provided by our dedicated supporters.”

Second Harvest and Feeding America Southwest Virginia are always in need of food and monetary assistance. Donations to Second Harvest Food Bank can be dropped off or mailed to 1020 Jericho Drive, Kingsport, TN 37663. To donate online, visit donatenow.networkforgood.org/netfoodbank.

Donations for Feeding America Southwest Virginia can be dropped off or mailed to its Abingdon Distribution Center, located at 21452 Gravel Lake Road, Abingdon, VA 24211. To donate online, visit www.faswva.org and click “Donate Now.”

More information, including an interactive map of the U.S, is available at map.feedingamerica.org.