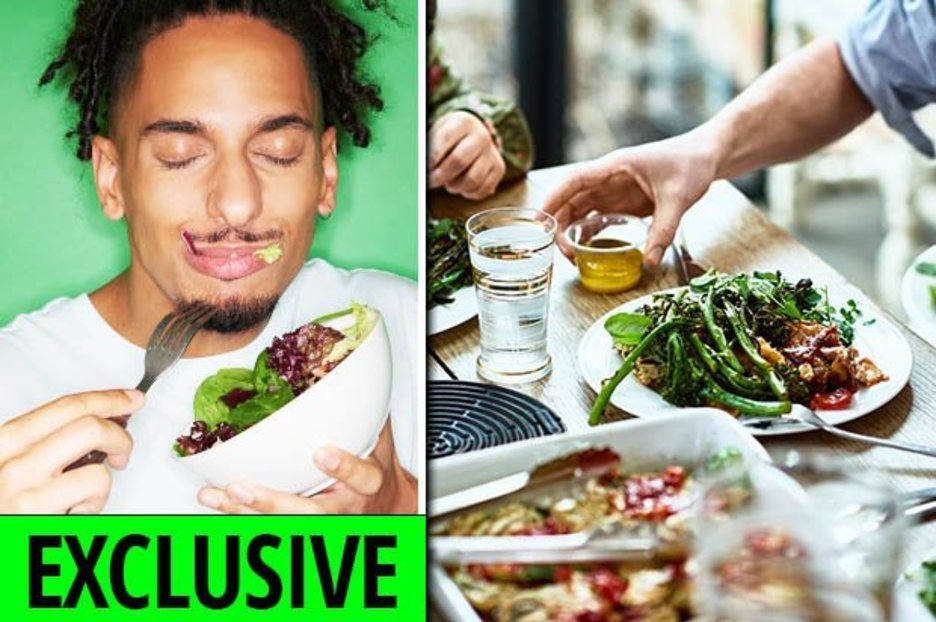 If you have considered eliminating meat from your diet now is as good a time as any.

National Vegetarian Week is running until May 19, aiming to raise awareness about how great a meat-free diet can be.

The event encourages vegetarians, flexitarians and carnivores to go meat-free for a whole week.

If you’re a meat-eater it can be difficult to know where to start.

And it can feel overwhelming if you have never cooked much vegetarian food before.

Richard Hobday, actor, environmentalist and director of London’s vegan film festival has shared his top tips on how to become vegetarian with Daily Star Online.

Rich told us it’s easier than ever now to “reduce the amount of meat and dairy you consume”.

“New vegetarian and vegan dishes being launched almost daily at many supermarkets and in most restaurants,” he added.

Rich said: “All of your favourite dishes can easily become veggie-friendly with a little imagination and some simple switches – by adapting the meals you already love, you’ll end up with nutritious, new versions of your favourite foods.

“As you already know how to cook these meals, veggie versions are straightforward to prepare and they’re just as tasty.”

Rich added vegetarian versions can often be quicker and cheaper to cook.

He continued: “The key is making sure you swap meat for other ingredients which provide important nutrients such as protein and iron.

“Add beans, nuts, tofu or meat substitutes like soya mince to your everyday, usual recipes for a well-balanced meal.

“After all, nutritionists say plant protein sources are leaner and a positive choice for you and the planet.”

NATIONAL VEGETARIAN WEEK: It can be overwhelming if you don’t know where to start (Pic: GETTY)

Below are Rich’s top 10 tips on how to make an easy transition to eating vegetarian.

1. Focus on what you are going to eat – not what you can’t eat

2. Do Vegetarian Week with friends and family – it’s easier in a group

3. Prepare and plan ahead

4. Cook at home and take dishes to work for lunch, reducing the temptation of sights and smells

5. Get your friends and family on board to support you

6. Use salads, nuts and beans as snacks and for cooking

8. Ask in restaurants if they can adapt your chosen meal

9. Look for vegetarian versions of your favourite dishes