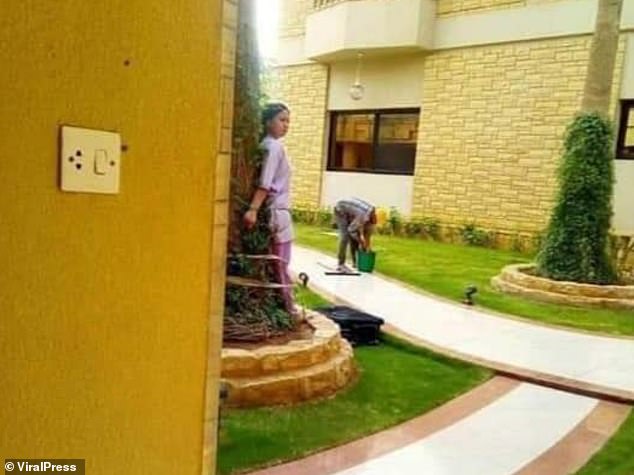 By George Martin For Mailonline

A Filipino maid was allegedly tied to a tree as punishment for leaving furniture outside in the sun.

The woman, named Lovely Acosta Baruelo, 26, had been working for a wealthy family in Riyadh, Saudi Arabia, for several months.

But she is said to have angered her employers after leaving a piece of expensive furniture outside in the heat, where it risked being faded by the sun.

Lovely Acosta Baruelo, 26, was reportedly tied to a tree in Saudi Arabia because she left an expensive piece of furniture out in the sun

A colleague, also from the Philippines, took pictures of the alleged punishment showing Lovely tied by her wrists and legs to a tree in the family’s garden on May 9.

The Middle Eastern family are understood to have carried out the act to show her the effects of staying outside in under the sun.

A spokesman said: ‘The Department of Foreign Affairs (DFA) reports that Overseas Filipino Worker (OFW) Lovely Acosta Baruelo from Saudi Arabia arrived in Manila at 8:55 p.m. on 9 May 2019. 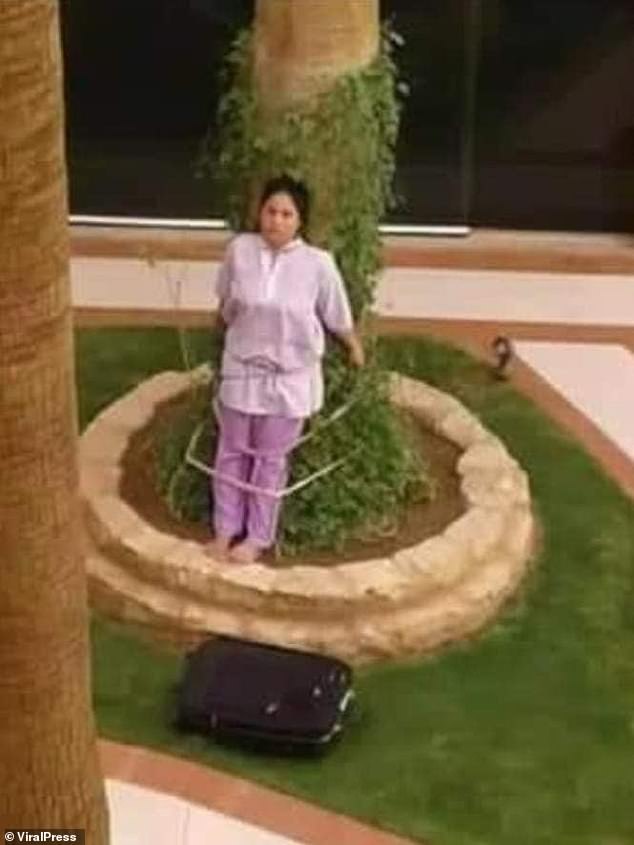 Speaking this week, the relieved worker said: ‘Thank you so much to all those who helped me. I want to also ask help for the other Filipinos left there. They are the ones who helped me and uploaded my pictures. I am afraid for their safety. I hope they get rescued too.