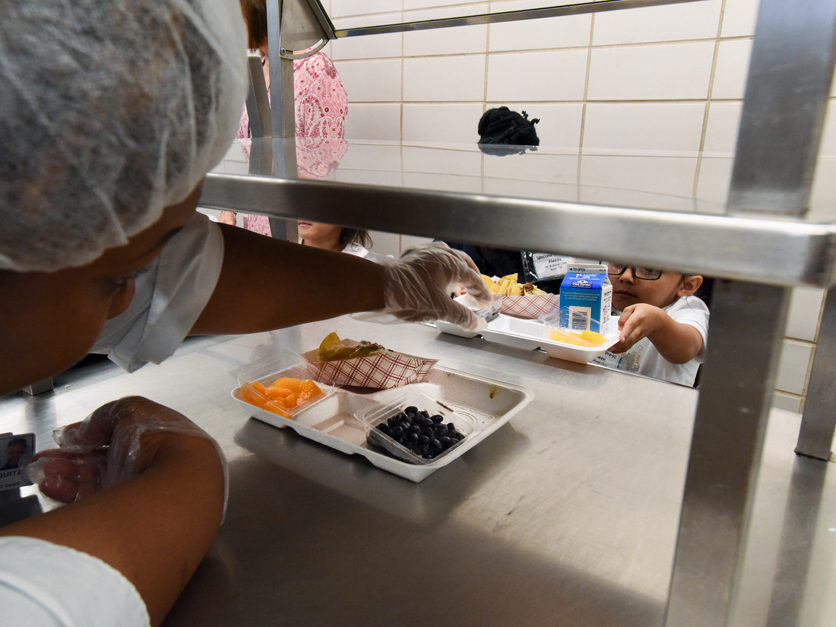 Congress is launching a debate this year over federal child nutrition programs, which haven’t been reauthorized since the Obama administration successfully pushed through sweeping changes in school meals more than eight years ago.

Leaders of the Senate Agriculture Committee, which plans to go ahead of the House in writing a new bill, say they’re optimistic about their chances of getting legislation enacted to replace the 2010 Healthy and Hunger-Free Kids Act.

However, any bill that passes is likely to make relatively modest changes in the nutrition programs, including the school lunch and breakfast programs, given the Democratic opposition to weakening nutrition standards. “It is vital that we keep moving forward, not backward,” the Senate committee’s top Democrat, Debbie Stabenow of Michigan, said at a hearing last week.

Even then, enacting a bill in the current political atmosphere, ahead of a presidential election, will be a heavy lift.

“It’s a tough path, especially considering the circumstances we have today with legislation in both houses” of Congress, said Senate Agriculture Chairman Pat Roberts, R-Kan.

But Stabenow and Roberts, for whom a child nutrition bill would cap a congressional career that started in 1981, both say they’re optimistic the legislation can get enacted. Roberts is retiring after he finishes his fourth term in the Senate next year. Roberts and Stabenow are pledging to draft the child nutrition bill with the same bipartisan approach they took to writing the 2018 farm bill.

Sen. John Boozman, R-Ark., who’s in line to replace Roberts at the top of the Ag committee in 2021, is also hopeful. “This is going to take all of us working together to get done … but it is something we can get done in this Congress,” he said.

Sarah Reinhardt, a food and nutrition policy analyst for the Union of Concerned Scientists, said “there’s clearly some interest in the Senate side (for passing a bill) and it’s not just for show.”

In addition to the school lunch and breakfast programs, the bill also would reauthorize several other USDA-operated food assistance programs that nutrition advocates would like to see expanded or reformed, including the summer feeding program for children, a nutrition assistance program for child and adult-care facilities and the Women, Infants and Children program, known as WIC. In recent years,WIC participation has declined sharply and in 2018 fell to the lowest level of participation since 1994.

Roberts hasn’t announced a timeline for the legislation except to say he wanted the committee to vote out a bill in the “not-too-distant future.”

“I think there’s a bipartisan will on the part of this committee to get it done,” he said. A bipartisan bill the committee approved in early 2016 will serve as a starting point, Roberts added.

That bill sought to preserve the broad increases in nutrition standards implemented as a result of the 2010 law while seeking to expand participation in the other programs. An expansion in the summer feeding programs includes a provision that would allow families to get food assistance via an electronic benefits transfer (EBT) card, similar to the way Supplemental Nutrition Assistance Program benefits are now provided. In other cases, meals could be provided for kids to take home.

The measure also would have eased WIC eligibility rules, including by allowing children who are five years old and not enrolled in full-day kindergarten to participate in WIC, which subsidizes the cost of foods needed by pregnant women, new mothers and young children.

The bill never got a floor vote and faced opposition in the House, which was then under GOP control. Leading House Republicans were seeking to turn control of school meals over to the states and pushed a bill through committee that would have tested that idea as a pilot program. The idea is a non-starter with Democrats, who now control the House, and can’t pass the Senate.

The lineup of witnesses at a hearing Roberts and Stabenow held last week suggested a new bill would largely leave the school meals programs alone while seeking many of the changes in other nutrition programs they tried to pass in 2016.

The lone school representative at the hearing, Josh Mathiasmeier, director of nutritional services for the Kansas City, Kan., school district, asked the senators to consider streamlining auditing requirements but didn’t propose any changes in nutrition standards.

The 2010 law “provided historic changes in child nutrition programs to give students healthier meal options. Implementation has resulted in increased consumption of fruits and vegetables and whole grains,” he said in his written testimony.

The Trump administration has largely addressed the concerns of the School Nutrition Association, which represents school food service directors, including Mathiasmeier, by finalizing a rule last year that reduced sodium standards and cut in half the amount of whole grains that need to be present in grain-based foods. Two lawsuits have been filed by USDA over those modifications, including one case brought by six states and the District of Columbia.

Mathiasmeier and Michael Halligan, CEO of God’s Panty Food Bank in Lexington, Ky., urged lawmakers to ease requirements for USDA summer feeding program so kids can get meals closer to home rather than having to travel to a site that may be far from where they live. That requirement limits the program’s reach, especially in rural areas, they said.

Halligan endorsed the expanded use of EBT cards, which was part of the 2016 bill. UDSA has been funding summer EBT programs as demonstration projects.

Brandon Lipps, USDA’s acting deputy undersecretary for food, nutrition and consumer services, told the committee the department was considering providing schools additional flexibility “around the edges” but didn’t say what those changes might be. 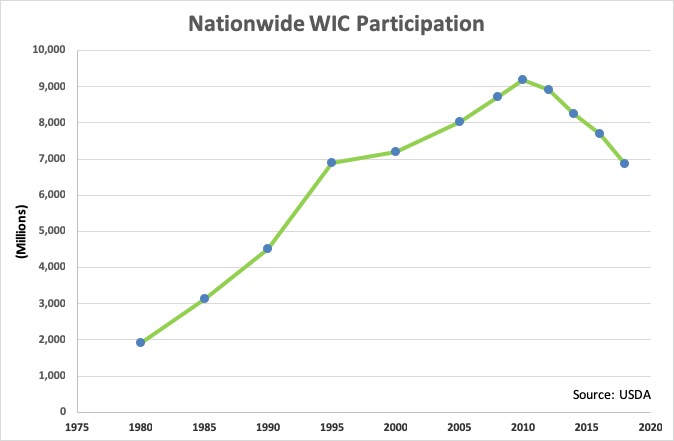 high-poverty schools to serve free meals to all their students regardless of individual family income, but Lipps didn’t bring up the idea.

There was significant concern at the Senate hearing about the drop in participation in WIC, which fell to 6.87 million last year, down from a peak of 9.2 million in 2010. Falling birthrates and economic improvement likely have something to do with the decline, but Lipps told the committee the department isn’t sure exactly what is causing it.

Lauren Waits of the Atlanta Community Food Bank and other witnesses proposed raising the WIC eligibility limit for children to 6 years of age.

The House Education and Labor Committee, which has jurisdiction over child nutrition programs in that chamber, held a hearing in March, but hasn’t announced plans for moving legislation.

House Democratic leaders may wait and see how the 2020 races are shaping up to gauge whether they are better off passing a bill in this Congress, when the GOP controls the Senate, or waiting until 2021, said Roger Szemraj, a former Democratic aide to the House Appropriations Committee who advises an association of organizations that distribute USDA-purchased commodities.

Among the factors Democrats may weigh is Roberts’ looming retirement. Roberts is “considered a decent man on food assistance programs,” and he will be gone in 2021, Szemraj said.