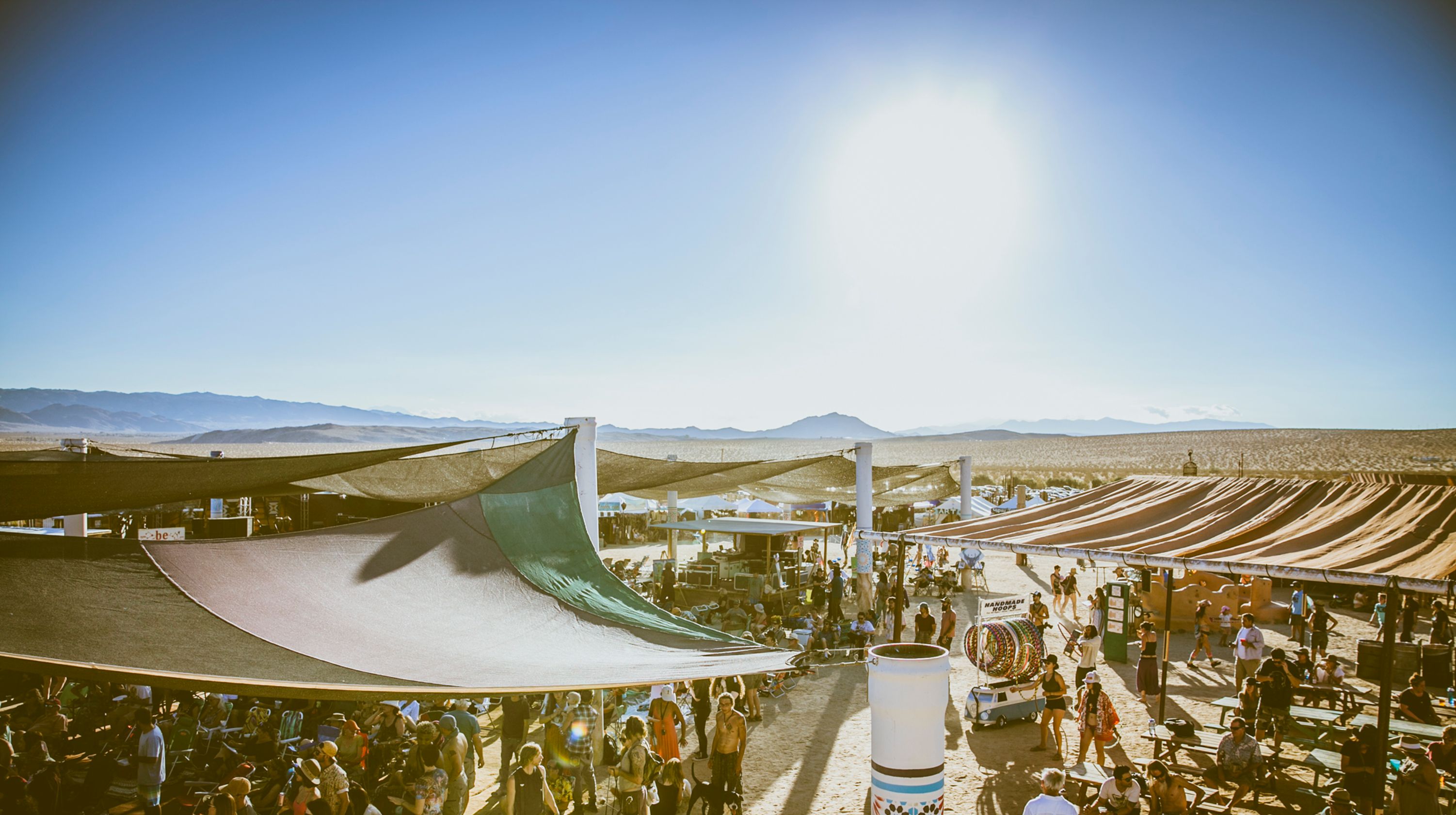 Barnett English has an eye for talent.

Since organizing the first Joshua Tree Music Festival in 2003, he has recruited a number of talented performing artists to play at his festival. Artists such as Deer Tick, Edward Sharpe & the Magnetic Zeros, the Avett Brothers, Trombone Shorty and more, have all gone on to become internationally renowned. For English, it’s a constant hunt for the next batch of up-and-coming stars.

“We aim to find artists that are hungry, giving it their all, playing and writing music as if their life depended on it,” he says. “We’re looking for that elusive ‘it,’ a combination of things that make an artist stand out and for you to really take notice. I go to over 20 festivals a year, so I see lots of bands that way.”

In an age of the mega-festival, such as Coachella and Bonnaroo, English takes pride in keeping the Joshua Tree Music Festival intimate and accessible, with a strong commitment to being family-friendly. In fact, kids are encouraged to attend.

“I believe many festivals say they are family-friendly, but really aren’t,” English says. “At the Joshua Tree Music Festival, kids 10 and under come in for free (tickets for kids aged 11-16 are half price) and we have a designated family camp packed with activities.”

English is passionate about the desert, too. The motto of his festival “The Desert is Freedom, Music is Power and Community is Crucial” fits his ethos that the desert fosters a unique sense of community between artist and attendee. Twenty-six years ago, English began visiting music festivals as an entrepreneur with his coffee company JavaGogo (he estimates that he’s attended more than 700 music festivals on the West Coast). In 2002, on a whim, he set up shop at the niche event Didgeridoo Festival at Joshua Tree Lake and fell in love with the area immediately.

“The beauty and open space of the desert is enchanting,” he says. “I loved it instantly. I suggested to the campground owner that she should have a real music festival here and she said, ‘Why don’t you do it, then?’ Six months later, I was hosting the inaugural Joshua Tree Music Festival.”

Now in its 17th year, the bi-annual festival has become a pilgrimage for those trying to escape the growth and commercialism of many corporate music festivals today. English believes his festival can be a kind of salve, an escape from our hyper-connected existence.

“The more digital we get, the more ritual we need,” he says. “The connections made at a small, 3,000 people festival are truly impactful. Camping out for four days and nights with family and friends leads to transformational, positive, life-changing interactions. It’s something you don’t get at larger festivals, or in our regular day-to-day living. It’s all about collective effervescence.”

Fatoumata Diawara at the Joshua Tree Music Festival in fall 2018

Joshua Tree native Gene Evaro Jr. is a virtuoso guitar player, combining roots and soul music, whose performances have been compared to spiritual experiences. Gene’s sister Gabriella Evaro, an accomplished singer and songwriter, combines blues and acoustic music with electronic looping and beats, creating a lush, trippy landscape over which her ethereal vocals soar. Both siblings will be performing their own sets at the festival. Don’t miss them.

A native of Iran, Sahba Motallebi is a virtuoso of the tar and setar, stringed instruments similar to the lute. As a former member of the Iranian National Orchestra, Motallebi now lives in Southern California and teaches students Persian music online around the world. She is a globally recognized innovator of Middle Eastern music.

An Amherst, Mass., resident by way of Senegal, West Africa, Youssoupha Sidibe is a Grammy-nominated Kora player (the Kora is a mix of lute and harp from West Africa). Trained at the National Music Conservatory of Senegal, Sidibe tells the story of his West African heritage in his percussive, passionate music.

Hailing from Ojai, this dream pop band combines folk and roots music to create a wall of sound that is both sonic and hypnotic. A high energy quintet, Radio Skies has been named-checked by Wilco and their new record “Double Life” is receiving critical acclaim.

Combining punk, blues and juke-joint rock ‘n’ roll, this Brooklyn quartet is bringing its gritty rhythms to the high desert. Loud and heavy, the band feeds off the energy of the crowd. “We bring it back closer to where the blues and rock really started out, but there’s a vibe you can’t put a name to,” they said.

Festivalgoers dance at the Joshua Tree Music Festival in fall 2018.