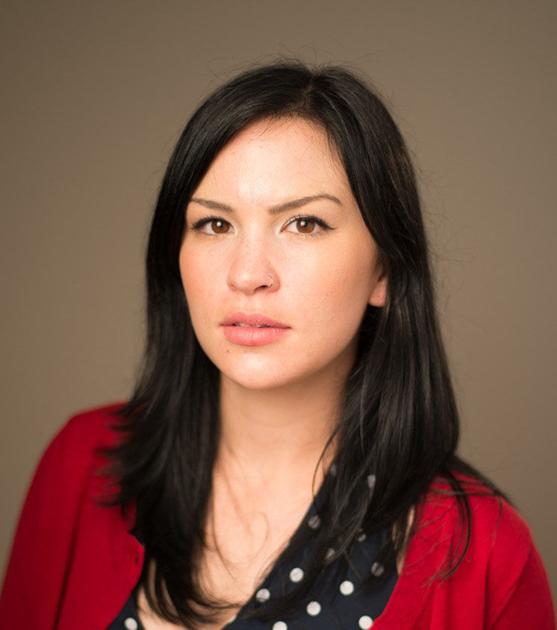 The homesickness Kali Fajardo-Anstine feels when she’s away from the Mountain West isn’t just a pang of nostalgia or a twang of the heartstrings.

It’s a “deep grieving,” a longing for both her family and something deeper. Something that traces her roots throughout the history of Colorado.

“There’s this eternal sense of home, and it’s not anywhere else in the world,” she said.

Though Fajardo-Anstine has returned home — she now lives in Denver, where she grew up — she is frequently on the road, touring to support her first book, “Sabrina and Corina.” As part of that tour the new author will visit Jackson this week to teach classes at Summit High School and lead a Saturday writers’ workshop for teens and adults. She will also host a book reading and signing at Jackson Hole Book Trader that afternoon.

But even though Fajardo-Anstine comes from a long line of storytellers, weaving narratives in the written word hasn’t been a part of her family’s literary tradition until now. She said she wasn’t sure if her great-grandmother, one of the best storytellers in her family, could “read a full book.”

Instead her Chicano and Pueblo ancestors, grandparents and parents passed down their stories — and the stories of their people — by word of mouth.

“My ancestors were novelists, but they didn’t chronicle the lives of our people through the written word,” Fajardo-Anstine said. “These stories were large and intricate; they were chronicling and keeping track of the family line.”

Those narratives have traveled through Fajardo-Anstine’s family tree since before 1848, when the Treaty of Guadalupe Hidalgo ceded her family’s ancestral home in southwestern Colorado to the United States. Now they have found a home in the author’s short stories, sharing space with characters and places inspired by her upbringing in the eastern Rocky Mountains.

Fajardo-Anstine wasn’t always so connected to her roots, though. She was never exposed to literature that depicted realistic Latino or indigenous characters, and she struggled academically throughout high school. It wasn’t until she enrolled in the Metropolitan State University of Denver that she began to excel, taking a number of classes in the school’s Chicano Studies program.

“I really felt like I was being seen for the first time,” Fajardo-Anstine said. “I started to see my own history and my own community in a way that I had never seen in textbooks.”

With “Sabrina and Corina” Fajardo-Anstine seems to have hit a nerve. On tour she has attracted large Latino audiences across the country, whether in Brooklyn, New York, or Santa Fe, New Mexico. She said her book also seems to be “living its life” on Instagram, where young women have been tagging it many times a day.

Fajardo-Anstine’s stories share her Chicano and Pueblo roots. In “Sugar Babies” she retells a story about a devil at a dance that’s a common folktale in communities ranging from southwestern Colorado to Latin America. In others, like “Any Further West” and the titular “Sabrina and Corina,” the places her characters inhabit — an invented town in Colorado and Denver — live and breathe lives of their own.

But just because the history of place and people is tangible in Fajardo-Anstine’s work doesn’t mean her short stories are historical manuscripts.

Instead her work is hypermodern and ultrarealistic. It scenes are also intensley visceral: the blinding of a woman in “Sisters,” the strangulation of another in “Sabrina and Corina” and the cycle of abuse perpetrated against yet another in “Any Further West.”

And even though acts of violence against women form a core of many of the plotlines in “Sabrina and Corina,” the book’s stories also tell of relationships among sisters, friends, daughters, mothers and grandmothers.

In short they’re unabashedly real, documenting the complexity and reality of the lived experiences of Chicana and indigenous women, including her own.

A reporter once asked Fajardo-Anstine if she interviewed other women before writing her stories. Her answer? No.

“I am a woman in this body, and I go out and I’ve lived these lives,” she said.

Fajardo-Anstine’s writing workshop will take place from 9 a.m. to noon Saturday at the Center for the Arts. The reading and signing will follow from 2 to 3 p.m. at Jackson Hole Book Trader.