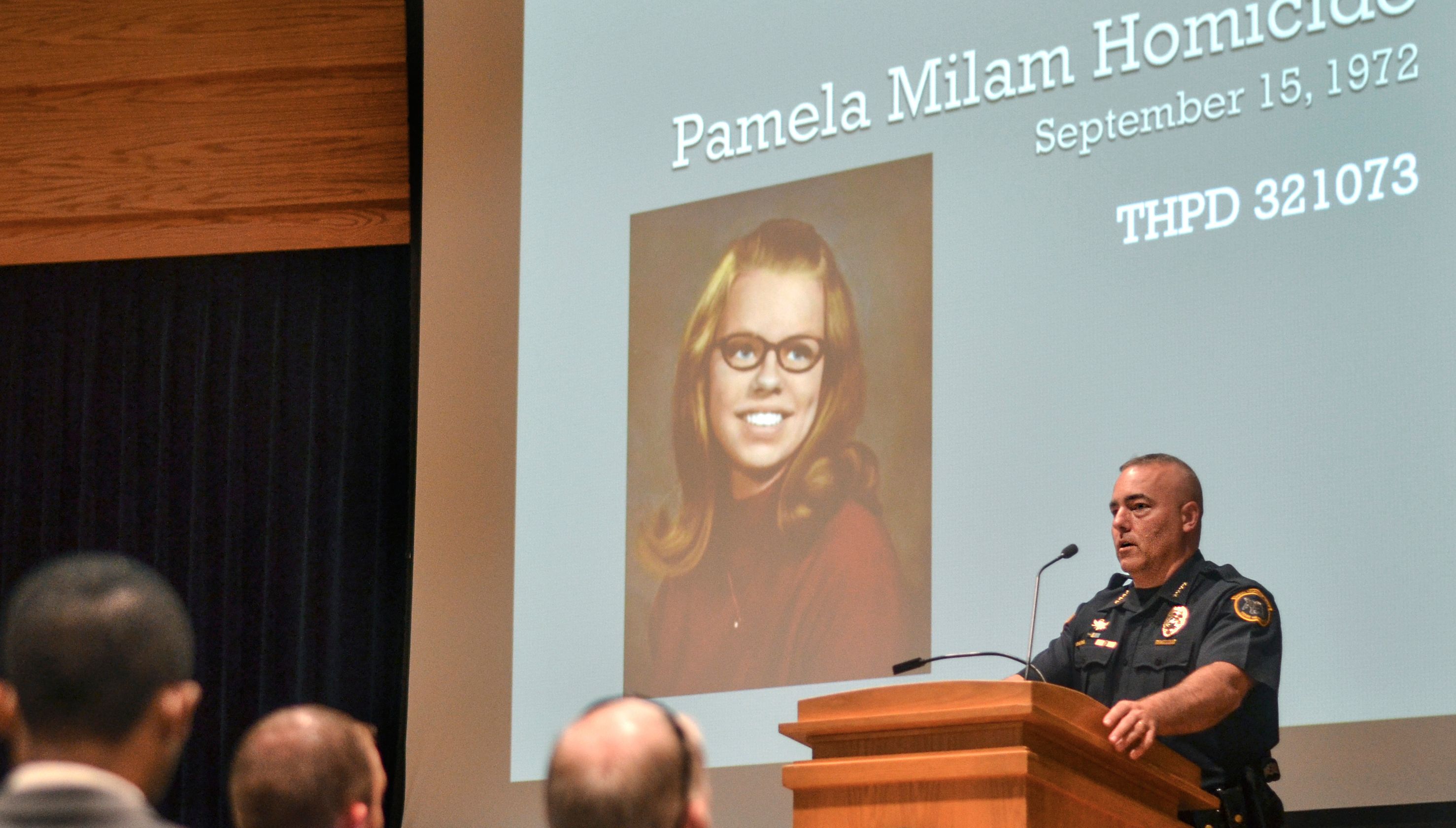 Jeffrey Lynn Hand, now deceased, has been identified as the likely killer of Indiana State University student Pam Milam, Terre Haute Police Chief Shawn Keen said at a press conference Monday. Milam was last seen after a sorority event on Sept. 15, 1972, and her body was found the next day, bound and gagged in the trunk of her car.

“It’s been a long 46 years, seven months and 20 days,” Milam’s sister, Charlene Sanford, said Monday. “Many of us, as we got older, thought we would die before we ever learned who killed our sister.”

At the time of the murder, investigators suspected Milam was killed by Robert Wayne Austin, who had been arrested for a series of kidnappings and sexual assaults near campus, Keen said. In 2001, DNA evidence, including a stain on Milam’s blouse and fingerprints from her glasses and car door, helped generate a profile which did not match Austin.

In 2017, Keen began working with Parabon NanoLabs, a Virginia-based company that specializes in genetic genealogy. The company created a composite sketch of the suspect and found a potential relative with family an hour outside of Terre Haute.

‘Rapid DNA’: Kentucky says it will be first to use ‘rapid DNA’ to identify rape suspects within hours

With that information, Keen was able to identify Hand as the likely killer and use DNA collected from his sons to conduct a “reverse paternity test.” The results found with 99.9% certainty that the killer was the children’s father, he said.

Keen said he’d initially been skeptical of the composite sketch and was surprised at its accuracy.

“Even the part in his hair is right, and that’s just a guess,” he said.

Hand was killed in a shootout with police in 1978 after he’d kidnapped a woman at a mall. He’d previously been arrested for kidnapping two hitchhikers and killing one, but was found not guilty of murder by reason of insanity.

Keen presented the case to the prosecutor, who found probable cause existed to apply for an arrest warrant.

“Based on genetic genealogy, he’s in the only position in the family tree to be my suspect,” Keen said. “He has a history of not only of stalking and selecting his victims from Terre Haute, but also killing them.”