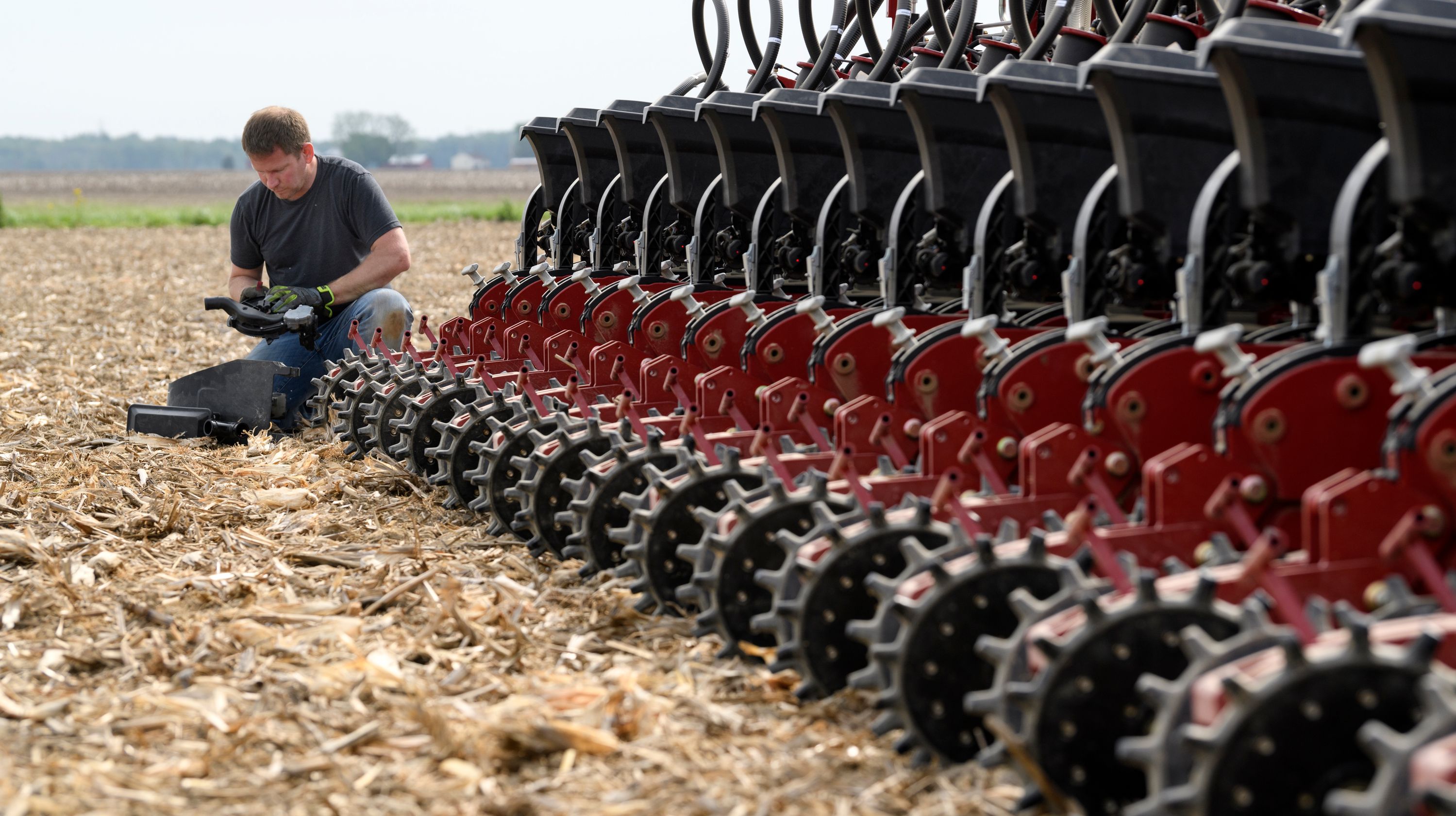 Whether the Davos on the Delta conference leads to a revolution in food or nothing at all, it has made Memphis an intellectual center for now in the conversation about the future of food in America.

Tennessee Gov. Bill Lee speaks at a forum during the Davos on the Delta agricultural tech conference May 14, 2019, at The Peabody. With him are panel moderator Paul Noglows, executive producer of the conference, and Nancy Roman, CEO of Partnership for Healthier America. (Photo: Daniel Connolly / The Commercial Appeal)

Idaho organic beverage entrepreneur Travis Potter arrived in Memphis, strolled into The Peabody ballroom, looked over the crowd — which included a few billionaires, more than a few venture capitalists and a lot of academic researchers — and began reading the name cards on the green identity necklaces.

“The majority of the best food scientists in the world are in this room right now,” Potter declared.

He said this the other day with the brash confidence of a 43-year-old dreamer from straight-and-narrow Idaho who figures, finally, he is standing in the right place at the right time.

Where he stood was inside a future-of-food conference named Davos on the Delta, a three-day affair put on by a St. Louis investment firm, iSelect, trying to bring together ideas, know-how and money. The purpose: Shake up American agriculture the same way Amazon shook up retailing.

All this could take a fair load of money. But investors across the nation — The Peabody crowd included Cargill heir Lucy Stitzer — would rather cash in on new tech like Amazon or ride-hailer Uber. It’s pretty clear a $12 Uber ride undercuts a $40 taxicab, so investing in Uber growth makes financial sense, while American agribusiness produces the cheapest and most convenient-to-eat food in history. What is there to shake up?

Officials at iSelect, which has staged Davos in The Peabody hotel for the conference’s three straight years, say the answer is quite a bit. They want to bring a tide of investment to the farm region by rearranging the food industry. Exactly how isn’t clear, but finding the answer starts with putting in one room farmers, scientists, investors, farm tech entrepreneurs and food experts.

Eric Crews of Stahl Farms checks to make sure the farm’s new Case IH Early Riser planting machine is working before continuing to plant soybeans on a field along Old Boonville Highway in Evansville, Ind., on May 1, 2019. (Photo: Sam Owens/ Courier & Press)

If there is such a thing as true believers in the future change coming in American eating habits, they were in Memphis. The conference, which wound up Thursday, drew about 300 people paying as much as $1,500 each for admission.

“The first couple of years we held Davos people had to learn what it was we were trying to do,” said iSelect Senior Vice President Michael Kime. “They had to learn to trust us and realize we weren’t trying to sell them something. I think they trust us now. I think they are really talking to each other. We’ve laid the groundwork.”

He means groundwork for a food revolution. Only this one isn’t meant to drive farmers off the land the way Amazon cleared cities of bookstores. It’s meant to get around the thin profits farmers earn on commodities such as corn and soybeans, and carve out acres for high-value meats, fruits and vegetables, and in that way shake out the gridlock among the packers, food brokers and grocers.

Americans spend $1.6 trillion on food every year. Much of it flows through a food industry centered around a handful of major companies better able to deal with, say, 10,000 tons of bred-for-transportation tomatoes shipped from a few farms rather than 1,000 pounds of tasteful heirloom tomatoes coming every day from 100 farms. Davos on the Delta isn’t so much a strategy as an idea that smart people can find a way to break through the gridlock and get the heirlooms and other arguably better foods flowing to American homes at affordable prices.

Potter, founder of Tractor Beverage Co., sounded much like Davos attendee Bruce German, a University of California at Davis scientist. Knowing what we know, German said of science today, “We should be the healthiest people in human history.’’

Vine-ripened tomatoes are a favorite at Jones Orchard in Millington, Tenn. The orchard has been in operation since 1940, growing and processing farm-fresh produce, selling jams, jellies and preserves, and selling relishes made with its own fruit. (Photo: Stan Carroll/For The Commercial Appeal)

Instead of a food policy that insists people can beat chronic illness if they cut back unwholesome meals and eat more fruit and vegetables, German said, America depends on huge food brands set up to deliver inexpensive calories.

Speaking on a Davos panel, German said a focus on nutrition would put more information before Americans so “food will become a knowledge industry.” Which drew a cynical comment later from a person in the audience: East Arkansas residents know meth and tobacco are harmful but spend heavily on them because habits are hard to break.

The same thought motivated a woman in the audience who identified herself as an organic farmer “wiggling in her seat” with a question. Why won’t the person who spends $700 for a smartphone buy healthy food? Addressed to an expert panel, her question drew varied opinions.

One scientist said the key is to find small but interested groups, like selling muscle-building whey to weightlifters. Panel member Stitzer disagreed. The Cargill heir said “there has to be scale’’ — meaning lots of customers willing to pay for the product and the mechanism to deliver ample supplies in traditional ways such as supermarkets. To reach scale, she said, takes the realignment of producers, processors and marketers.

In the crowd there was more than a whiff of the true believers who intend to push ahead and lead that realignment. One was Potter. He said he plans to raise about $40 million and build three geothermal-heated greenhouse complexes in the East, North and South, including 2,000 acres of greenhouses in either Kentucky, Ohio or Tennessee.

Pouring $40 million into Potter’s dream would be a windfall. Yet a true ag realignment would cost billions. Once a tech startup like Memphis seed specialist Indigo Ag gets large enough to sell stock to the public, and the next sizable startup goes public, Wall Street banks will notice the Farm Belt and actively look for farm deals to invest in, said Kime, a Davos founder. When that happens, investor money will flood the region and back good ideas, he said, though that flooding is probably a few years off.

Whether the Davos conference leads to a revolution in food or merely niche products, or nothing at all, it has made Memphis an intellectual center for now in the conversation about the future of food. Los Angeles investor James Somes, on hand to discuss investments in cattle ranges, said Davos differs from other ag conferences in part because of its widely diverse crowd of tech entrepreneurs, farmers and venture capitalists.

“There’s a fair number of (farm) operators here and young tech firms seeking investors,”  Somes said. “One of the things I like about it is it’s not in New York or Chicago. It’s in the South. Memphis is making its own identity in food and agriculture.”

Ted Evanoff, business columnist of The Commercial Appeal, can be reached at evanoff@commercialappeal.com and (901) 529-2292. 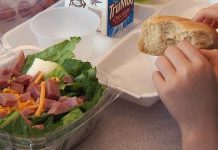