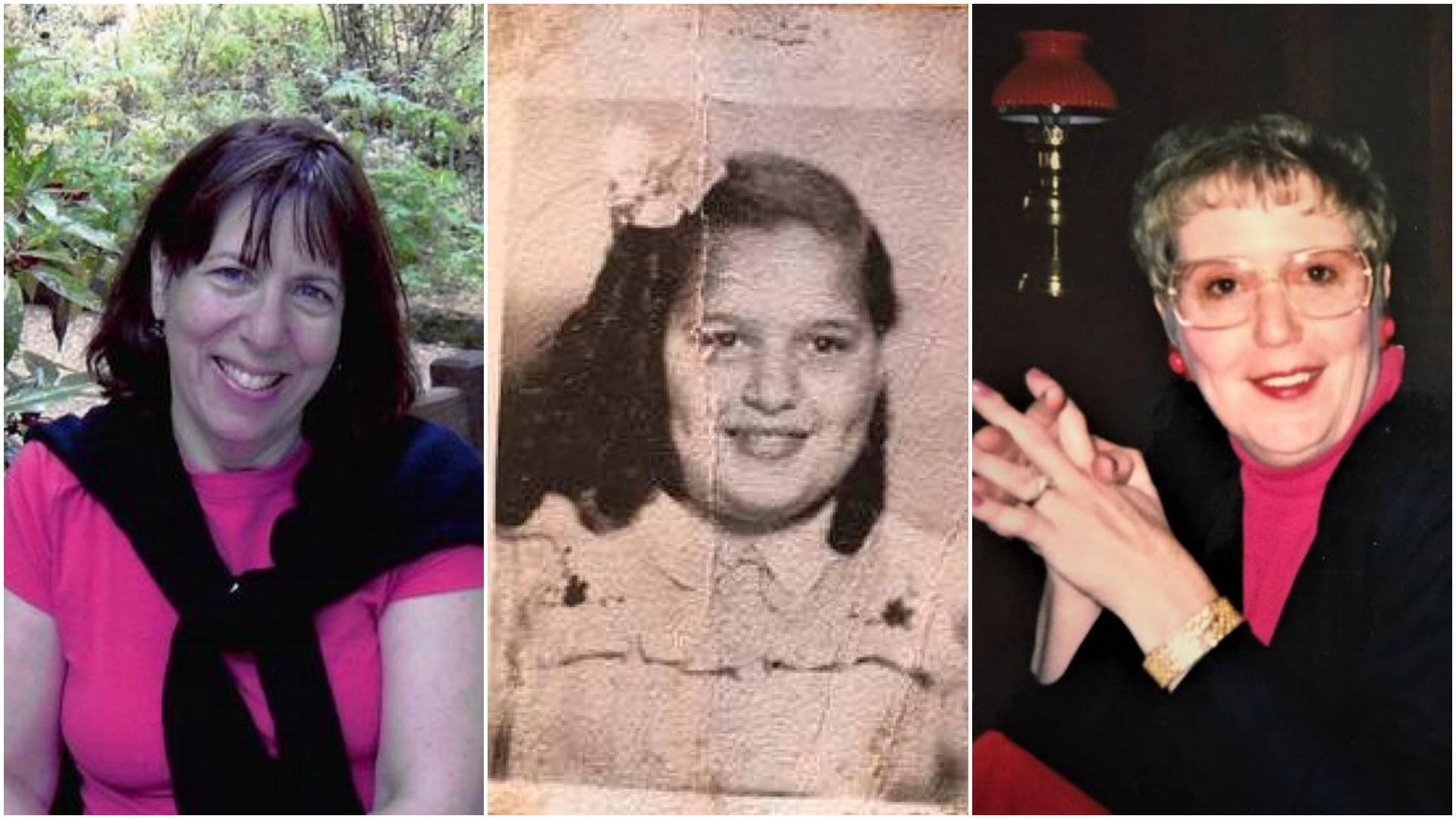 As children across the nation ponder what to give their moms on Mother’s Day, I thought it would be interesting to ask readers about the lasting gifts their moms have given them.

From recipes and heirlooms to family history and setting the example on how to love unconditionally, here are just some of the many treasures moms have bestowed upon their children.

The gift of history

In the year between her diagnosis and her passing, she put some things together, said Thornton Greear, of Homewood.

Years before her mother had fallen ill, Thornton Greear gave the woman a guide to writing her own autobiography.

During her illness, her mother completed the life story and placed it in a box along with an autograph book from her years at McCosh Elementary School in Chicago.

Before she died in 2006, Barbara Doty Thornton completed “The Book of Myself,” an autobiography of herself. Today, it as well as a yearbook from McCosh Elementary School continue to be keepsakes for her daughters, Paula Thornton Greear and Sherri Thornton.

Before she died in 2006, Barbara Doty Thornton completed “The Book of Myself,” an autobiography of herself. Today, it as well as a yearbook from McCosh Elementary School continue to be keepsakes for her daughters, Paula Thornton Greear and Sherri Thornton. (Paula Thornton Greear)

“It moved me so because she was sharing with me her story from the time she was a child growing up in Chicago to becoming a young woman to becoming a wife, mother and grandparent,” Thornton Greear said.

“I cherish these books more than anything. When I’m down, having a tough time, or when I’m talking with my kids about their grandmother, which we do almost every day, I now have stories to share and pass on. It’s more than a family tree, it’s a family story,” she said.

“To be able to document it all in her own handwriting — I can’t even explain how that makes me feel,” she said.

Now, as her own daughter readies to graduate college, Thornton Greear said, “I’m going to box up my mom’s recipes as a gift to her. The gift of history, the gift of knowing from where you came, the gift of legacy — that’s the best gift of all. I think she’ll really appreciate it.”

Courtney Remezas said, “I have been lucky enough to have a great mom but even luckier to have another woman who was like a second mom to me.”

She credits her mother, Cathy Remezas, with instilling ambition and work ethic. She thanks her aunt, Mary Baddona, who died in October, with teaching her compassion and empathy.

Both women, she said, have empowered her to follow her dream of becoming a nurse, a job that requires hard work and a soft heart.

Courtney Remezas works at Advocate Christ Medical Center in Oak Lawn and will graduate this month with an advanced nurse practitioner degree from Lewis University in Romeoville.

“My mom and her sister were really, really close. They were the best of friends,” Courtney Remezas said. “They were great sisters to each other but also very different. My mom is tell-it-like-it-is, with a strong personality. My aunt was sweet as pie, compassionate and thoughtful.

“I have qualities of both,” she said.

“My mom taught me that there’s nothing you can’t do. It doesn’t matter who you are or where you come from. You can do anything. She was top saleswoman for the Chicago area, sold Coca-Cola for 30 years. She won a car and a lot of trips,” Courtney Remezas said.

“Because my mom taught herself how to get where she got, I’ve never expected or felt entitled to anything. You work hard and show up and good things will happen,” she said.

“I wasn’t bad at all but I was lost at times,” the Shorewood resident said.

When she was 16, she moved in her with father and stepmother.

One day after a typical teen moment, she said, her stepmom sat her down for a talk.

“She told me that no matter where I go in life, if I am 200 miles away or 2,000, no matter the distance, she would be there to pick up the pieces in a heartbeat,” Bermudez, who is now a stepmom, recalled. “No questions asked and no judging — no matter what.”

The promise of unconditional love and support has stayed fresh in her heart, she said. And today she passes it down to her own children and stepchildren.

“I know probably most parents feel that way about their kids. But for me,” she said, “I didn’t know that until then.”

The gift of each other

“She was very young. Our whole family was with her on Mother’s Day while she was in hospice care. I know she held on and died the next day because she didn’t want to do that to us,” Jury said.

That last holiday together, she said, adults and children planted things in her mother’s backyard.

“My mom was a gardener. We wanted to be with her and we wanted to do something special. She passed along this gift for gardening that is beautiful and keeps growing,” she said.

It was there, in her mother’s backyard, that she realized the matriarch’s legacy: “the gift of nurturing.”

“She would find special ways to treat each of her children, maybe stopping by our house with a cup of coffee or tea, or some bath products, or offering to take our kids so we could have some time for ourselves,” she said.

In addition, her parents took in foster children. Fourteen kids came to live with the family over the years.

“Two of them I consider my sisters,” she said.

Recently, she texted her siblings, asking each what had been their mother’s greatest gift.

Is there anything more heart-wrenching than watching someone you love lose their memories?

“Growing up, my mother’s signature dish were these stuffed mushrooms,” said Mary Jane Maharry, of Homewood.

The recipe, which her mom had originally clipped from a newspaper in the 1950s, became a family heirloom, with everyone sharing it and tweaking it over the years, she said.

In recent years, Maharry said, “I’ve not been able to perfect it the way she did. It wasn’t crisping up the right way.”

She’d mix the three sticks of butter with the mushroom stems, parsley, Parmesan cheese and bread crumbs, and then stuff and broil them, but, she said, “they just weren’t the same.”

Her mom, Mary Wolski, now struggles with memory issues. Conversations can be challenging. During a recent visit, Maharry said, she brought up the recipe.

Food can be nostalgic, she said, and perhaps a gateway to the past.

“I mentioned that I made the mushrooms and they don’t taste the same,” Maharry said. She told her about the ingredients she was using.

Suddenly, she said, her mom “blurted out, ‘Well it was the brown bread that I used that made it so different.’

“My husband and I looked at each other and our jaws dropped,” she said.

That was the secret ingredient that nobody had written down.

“It was in her head,” Maharry said. Thinking back, she recalled how the family only ate brown bread.

“We didn’t have white bread. And she made her own bread crumbs,” Maharry said.

“It was so wonderful that her memory opened for that moment,” she said.

It was if they shared a secret second, like they cheated the disease and were able to enjoy a moment “the way it used to be.”

Maharry said, “And now I have the complete recipe and can pass that on to my daughter.”

A legacy of selflessness

“My mother, Sally Owens, died in 2015. And while she left my sisters and me precious family heirlooms, the life lessons that she passed on are far more valuable,’ said Maura Kownacki, of Tinley Park.

Owens was a nurse, Kownacki said. “And, as my sister shared in her eulogy at my mother’s funeral mass, she was ‘immediate care’ before there was such a thing.”

Whenever someone got hurt in the neighborhood, they’d come to the Owens’ door, and her mother would pull out her shoe box full of first aid supplies, tending to the wounded at the family’s kitchen table.

Not only was Sally Owens the “neighborhood nurse,” she insisted no one spend a holiday alone or die alone, said her daughter, Maura Kownacki.

Not only was Sally Owens the “neighborhood nurse,” she insisted no one spend a holiday alone or die alone, said her daughter, Maura Kownacki. (Maura Kownacki)

Owens also insisted that no one spend a holiday alone or die alone, her daughter said.

“My mother would learn of people having no place to go and invite them to spend the holiday with our family,” Kownacki said. “This is something that we continue ourselves today. Our kids and grandkids know that family holidays will always include someone new celebrating with us.”

When someone close to the family was dying, Kownacki said it was was always her mother who created a schedule of loved ones to be there to give the immediate family a break.

Even as her mother was dying, she said, caregivers came to say good-bye to their patient, who had also become a confidante and dear friend.

Despite being bedridden, my mother remained a caregiver, listening to and giving emotional support to the women who were tending to her needs,” Kownacki said. “My sisters and I were with our mom when she died — the woman who spent most of her life caring for others and making sure that no one was alone when it mattered the most.”