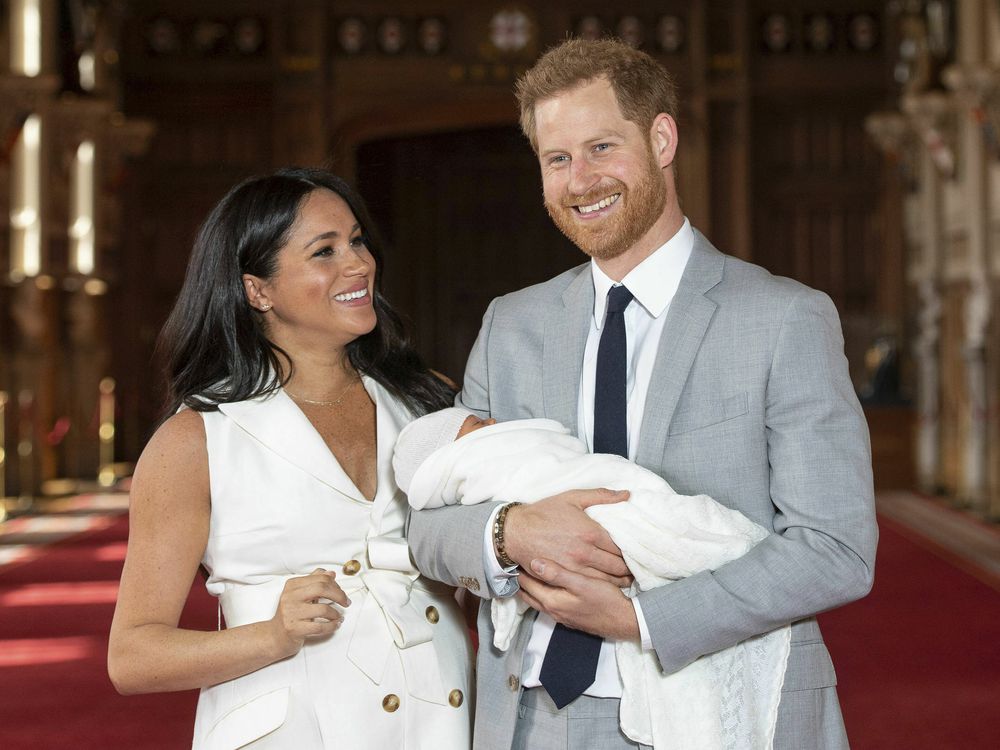 Everybody has been in a tizzy this week about the name of the new royal infant, Archie Mountbatten-Windsor, but most of the attention seems to be on the “Archie” part. Archie is a slightly eccentric choice, perhaps, but the important thing was probably to give the kid a name that would have been recognizable in the year 1900. On the whole it was a little more shocking to tender traditionalist sensibilities when a grandchild of the Queen was named Zara.

But to scholars of the deep waters of the British constitution, Baby Archie is not interesting because he’s an Archie. He is interesting because, in a very real sense, he is the precise person for whom the double-barrelled name “Mountbatten-Windsor” was invented. When the name was devised and introduced in 1960, the royal court and the government of the day knew that Elizabeth II, who was about to have a second son, might end up with great-grandchildren who were in the male line of descent, but who were not technically born princes or princesses with the style of Royal Highness.

Princes don’t typically need or use actual surnames. (We all know how Harry went by “Wales” in military service, but as we see now, that was never meant to be a permanent family name that his own kids would inherit.) As the Queen’s family tree fanned out, however, there would eventually be direct descendants who would need a surname of their own, one that the males among them could hand down to their own descendants to wear.

Archie is not the first person to use “Mountbatten-Windsor,” because the Queen’s youngest son, Prince Edward, made a deliberate choice to not have his own kids be Royal Highnesses. Edward’s charming teenaged daughter Louise does not go by Princess Louise, but is Louise Mountbatten-Windsor, or Lady Louise Windsor in everyday life. But nobody imagined such a spirit of bourgeois humility in 1960. The Home Office records show that the surname was explicitly adopted, not for grandchildren of the Queen, but for male-line great-grandchildren — the ones not starting life as Royal Highnesses. It was made for little Archie.

It is a good moment to remember Edward Iwi (1904-66), the curious and learned English lawyer who was responsible for this. Iwi was an important person in his time: he authored textbooks and fought for liberal causes like bringing women into the House of Lords. But he was better known for his hobby of writing troublemaking letters to the Times of London about constitutional minutiae — letters that would sometimes fling the establishment into minor fits of chaos, because Iwi really knew his stuff, and they knew he knew it, and he wasn’t always easy to keep quiet.

In 1952 the new Queen had announced that the royal family would continue to be known as the “House and Family of Windsor” even though she was married to a Mr. Mountbatten. As you probably know, the Mountbattens were Battenberg princes who had anglicized their family name during the First World War. Viewers of Netflix’s The Crown will remember that Prince Philip didn’t like this — he grumbled about being “an amoeba,” the only person in the kingdom who couldn’t pass his name to legitimate descendants.

Philip’s uncle, the 1st Earl Mountbatten of Burma, liked it even less. He actually printed a book for private circulation called “The Mountbatten Lineage,” and it contained a short, sarcastic passage mourning the ultra-brief reign of the “House of Mountbatten.” But while Philip was respected, the Mountbattens were not necessarily popular, and their potential influence was feared by Winston Churchill and his cabinet.

A few people noticed that the Queen’s 1952 Letters Patent about the “House and Family of Windsor” had not really resolved the question of what surname her non-royal descendants might have. To conservatives, it looked bad for children to take their mother’s maiden name, if that had been the sovereign’s intention. This seems old-fashioned and stupid to most of us, but they thought of it as a rights issue — a father has the right to pass on his own name, and his descendants have the right to receive it.

In 1959 Iwi wrote to the prime minister, Harold Macmillan, and pointed out the problem. He observed that in law, Prince Charles and Princess Anne, born before the 1952 directive, were still Mountbattens. Was the next child, already on the way, supposed to be a Windsor? Iwi even flirted with lèse-majesté by noting that having one’s mother’s maiden name had traditionally been “the badge of bastardy” in the courts and in society. Macmillan was disgusted, and tried to discourage Iwi — but other public figures were also starting to speculate.

The Queen had never been thrilled about the treatment of her husband and his kin, and Churchill was, by that time, out of the way. The “Mountbatten-Windsor” solution was adopted with remarkable speed. Governors-general in the dominions were politely informed. And Iwi was recruited to explain triumphantly in The Law Journal that Mountbatten-Windsor was a “latent” or even “hidden” surname which would go unused for generations, but would appear when the time came. As if by magic.