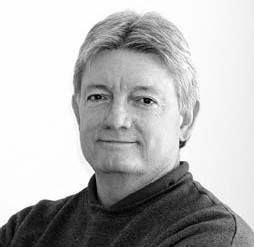 It’s not a criticism; It’s an observation

During the annual Cox Boys get together in April, we were trading barbs about every conceivable near weakness any of us possess. My oldest son is renowned for his need for order. He picks up everything in sight, refuses to keep food for any length of time, and cleans incessantly, to an irritating level.

Grandson Zack described his father as “Serial Killer Clean” while we were sitting around the Daytona Beach patio. Zack’s kinda quiet but able to hold his own in this crowd. His words are infrequent but usually worth hearing.

The Cox family tree is filled with excessive clean freaks. My sister’s never allowed a fireplace fire in any home she’s lived in. She once owned a broom with a soft rubber grip; like a baseball bat.

My father’s sister Mary Ann was equally fussy about cleaning. I remember her following guests through the back door into her home with a waving broom, insinuating they weren’t very good at wiping their feet.

I’ve never been excessive about cleaning but do like to keep things in their proper place. I always replace tools after any chore, and start each recipe by running a sink of dishwater. Doesn’t make me serial killer obsessive. And then there are those among us who take cleanliness a bit too far.

A work friend from Chattanooga, named Lillie, was the first germaphobe I ever encountered, back in 1989. She was wonderful in all other ways, ranked in the vicinity of my Sainted Aunt Dana as a Great Human Being.

But I saw her, on more than one occasion, wipe down hotel rooms, shopping carts, even door handles. I’d never seen that behavior before but now it’s not only pervasive, companies that make various germ killers and disinfectants are marketing to us as if we’re all threatened by germs. The ads are working. And its getting worse.

Ironic since bacteria are finally being identified as one of the building blocks of consistent health. While the studies continue to be controversial, and the numbers vary greatly from person to person, average bacteria content in humans mean out at around 39 trillion per person with an average ration of 1.3 bacteria to one human cell.

Scientists, numerologists, serial killers, and Lillie might argue over the details but the reality is bacteria is a large part of our existence and trying to eradicate germs is futile and unnecessary. Its also detrimental.

For anyone who hasn’t been to an American high school, or can’t remember that far back, the primary reason the existing occupants of this continent were obliterated so easily back in the 1500s was their lack of defense against strains of disease brought over by Europeans, we assume by accident.

Being able to resist disease is the primary reason so many germs are present in our intricately adapted bodies. Massive quantities of antibiotics in our food, our water supplies, even being taken for illness not associated with bacteria, have stripped a lot of that bacteria away, leaving us progressively more defenseless against diseases that should be minor. Add to this the anti-vaxxer movement and we are stumbling blindly toward eventual obliteration.