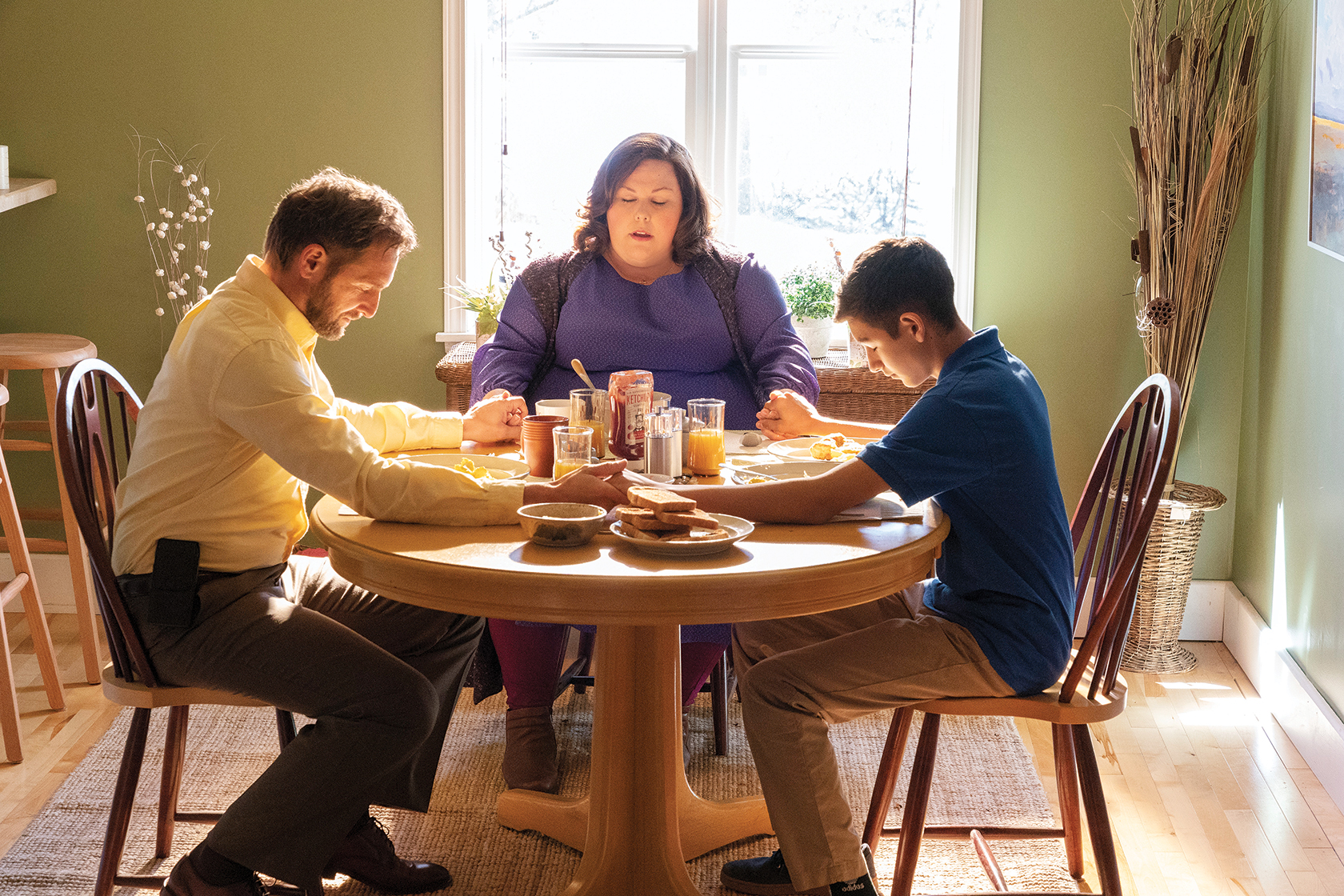 Despite being saddled with a couple of generic American names, John Smith’s (Marcel Ruiz) life story had been anything but boring. It’s just too bad that the shy 14-year-old was too embarrassed to share it.

You see, he was born in Guatemala, but raised in Missouri by Brian (Josh Lucas) and Joyce Smith (Chrissy Metz), the missionary couple that adopted him as an infant. But even the terrific childhood they provided couldn’t supply answers to nagging questions that still burdened the boy in junior high, like, why didn’t his birth mom love him enough to keep him? John was so traumatized, that the day he was supposed to make a class presentation about his family tree, he gave his teacher a lame excuse.

To see a trailer for “Breakthrough,” visit:

Luckily, he did have a couple of BFFs to hang out with in Josh (Isaac Kragten) and Reiger (Nikolas Dukic). However, the three could be a little rebellious, like on the afternoon of January 15, 2015 when they were warned by a stranger not to tempt fate by wandering out onto seemingly-frozen Lake St. Louis.

But they did, and fell through the ice, one after another. Rescue teams arrived soon enough to save two of the kids within minutes, but John had slipped so far beneath the surface that it took the extraordinary effort of one very determined firefighter (Mike Colter) to belatedly find his body by poking around in the 12-foot deep waters with a stick.

John had no pulse, since he’d been submerged over 15 minutes. Yet that didn’t discourage first responders, then the ER physician (Sam Trammell) on duty at nearby St. Joseph’s Hospital, from trying repeatedly to revitalize him. Miraculously, John did come around after about an hour, which prompted an airlift to the top doctor in the field (Dennis Haysbert) in the St. Louis area.

Thus unfolds “Breakthrough,” a true tale of survival based on a moving memoir by Joyce Smith. Since each step of the unprecedented feat recounted here had been accompanied by prayer, the question triggered again and again was whether the operation had succeeded because of state-of-the-art medical care, divine intervention, or a combination of both.

The film is an edge-of-your-seat, faith-oriented medical drama, equally riveting in terms of spiritual and worldly concerns.