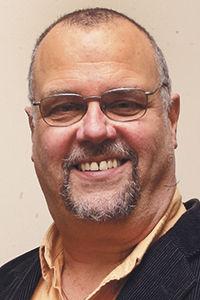 America celebrated “School Nurse’s Day” last week. It has been recognized on the Wednesday of National Nurse’s Week since 1972 and originated as a way to “foster a better understanding in the important role of school nurses in the educational setting.”

Why is it that some of us, maybe those on the older side, cannot remember who our third-grade teacher or who our first gym teacher was, but we can vividly recall our school nurse?

But first I will acknowledge that I am an empty nester and haven’t been inside a school nurse’s office in many years. But I remember the last time I had to go up and retrieve one of our kids at Oneonta High School because he was feeling poorly and needed to go home.

This “modern day” school nurse’s office was a veritable hurly-burly of activity. Young students came in and out of the office in a steady stream. Most of them were there to visit the nurse or a fellow student. The school nurse was an efficient, effervescent professional, dressed in casual “civilian clothes,” who seemed to juggle many roles in her office with deftness and skill.

The office was cluttered with papers, forms, charts and notices papered the walls. Medical accoutrements of all sizes and shapes were readily at hand, and I believe a couple of young students were assisting in some clerking chores in the office. Although it was probably more than a decade ago, and I’ll admit her name escapes me, I remember this impressive woman clearly. I picked up our green-faced youngster and brought him home where he headed directly to the couch for a spell.

I recall thinking what a friendly and welcoming place the school nurse’s office seemed to be and thought that if I was still a student in this school I’d probably have spent a good deal of time in that office as well.

Funny, but I remember my elementary school nurse from 60 years ago even more clearly than the one I visited only 10 years ago. In 1959, the school nurse at Pearl Street Elementary School in Sidney was Charlotte Lansing. She was a large woman with a friendly disposition and rosy cheeks. Her nurse’s office was way off the beaten path, near the end of a seldom-used hallway. Mrs. Lansing was from the old school of doing things and dressed the part. She wore white Red Cross shoes, white stockings, a starched white dress and a stiff nurse’s cap perched atop of her head. For some reason, I also remember that she wore a lapel pen, which she pulled out on a thin wire to write down our weights, heights and health records with, before letting it go and it snapping back up to her lapel.

The office itself was dark and kind of cold. It was also spare, outfitted with just a scale, some growth charts on the wall and a hospital bed, which was ringed by a sheer white curtain for privacy. Mrs. Lansing was no less a professional than today’s “modern” school nurse and she was a key part of school life. She lived in my neighborhood, and I saw her frequently in her yard. She had a ready smile and was always quick with a hello.

The only real time her office got busy was during the annual school physical week. Each student had a scheduled appointment in her office that week. On those days she was assisted by Dr. Hust or Dr. Danforth, who came and spent hours sitting in front of students, prodding, pushing, making us open wide and saying “ahhh” while assuring us that it was perfectly reasonable to tell each boy it was OK to “turn our heads and cough.”

Oh, and they both did a bit of poking to. I, like millions of others, still carry that little indented circle on my upper arm where the earliest polio vaccine shots were administered. Kind of like a “baby boomer badge of honor.”

You didn’t have to be a teacher to be a part of the school in my day. Custodians, lunch ladies, bus drivers, office personnel and administrators all filled out the family tree at school, each one fulfilling an important and memorable role in making our day the best it could be.

And that goes for the school nurses as well. I thank you all of you, past and present, and hope you were honored on “your day” last week.

“Big Chuck” D’Imperio’s morning radio show can be heard weekdays from 6 to 10 a.m. on WDOS-AM 730 in Otsego County, WDLA-AM 1270 in Delaware County and WCHN-AM 970 in Chenango County. He welcomes emails at wdosbigchuck@aol.com. All of his columns can be found at www.thedailystar.com/opinion/columns.