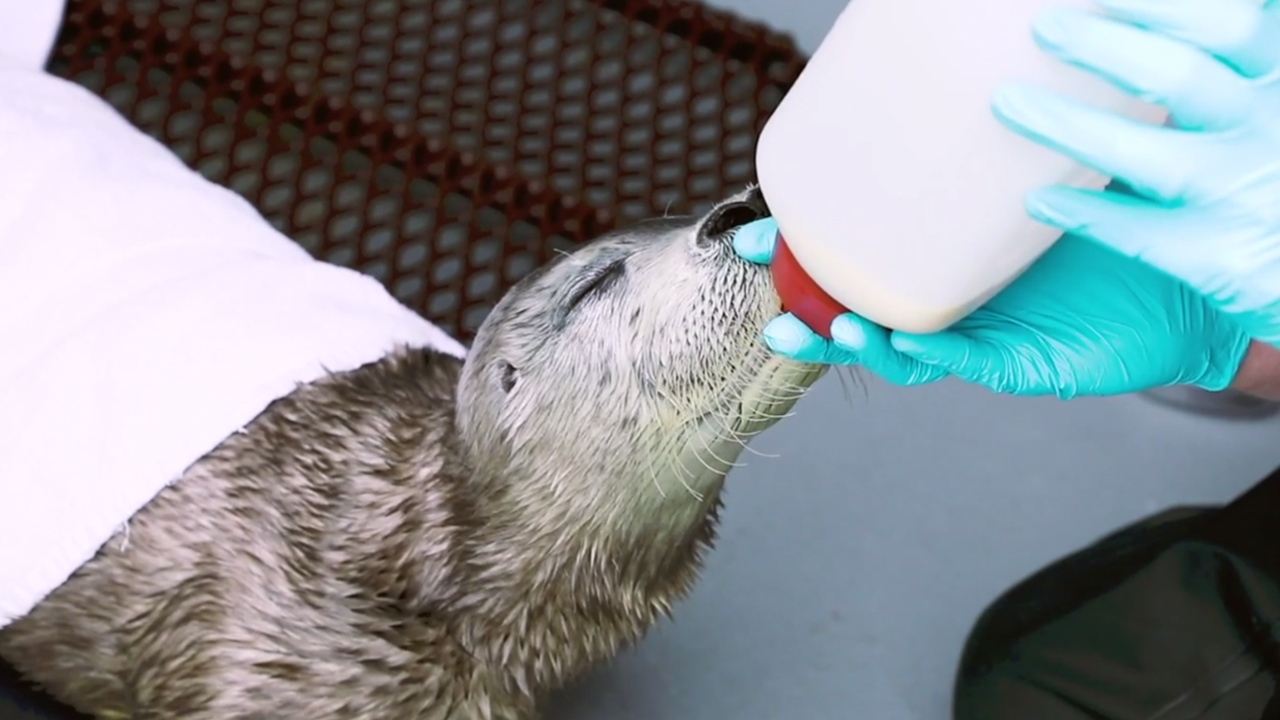 A seal pup has a new lease on life thanks to some wildlife caretakers in Alaska.

The baby bearded seal was recently found on the shore of Shaktoolik, the Alaska SeaLife Center said. It was extremely underweight.

The center said some school children protected the seal from other animals and humans. While ice seals are hunted by some villages in Alaska, locals decided to call the SeaLife Center for help because of the kids’ attachment to their new friend.

The center’s mission was to nurse the seal back to health. A bearded pup gains three times its weight after birth from eating its mother’s high-fat milk. But the center said helping a malnourished bearded pup gain weight isn’t so easy.

“If you feed too much fat to a starving animal too quickly it can be harmful. We have to take her weight gain slow to make sure her body can process the nutrients,” Wildlife Response Curator Jane Belovarac said in a statement.

Her weight wasn’t the only challenge for the staff. Because of her low weight, the seal had trouble regulating her body temperature, especially when swimming. So workers are helping the little girl build up her blubber layer with feedings every few hours.

“When she first started swimming, staff had to assist her out of the water to ensure she didn’t get too cold,” said Husbandry Director Lisa Hartman.

The National Oceanic and Atmospheric Administration gave the center permission to take in the animal, and she will stay in captivity for the rest of her life. Bearded seals, as well as ribbon, spotted and ringed seals, cannot be released back into the wild because of the National Marine Fisheries Service policy on the four Alaskan ice seal species.

The last time the SeaLife Center cared for a bearded seal was in 2002.

Rescuers Save Adorable Baby Seal Abandoned by Her Mom