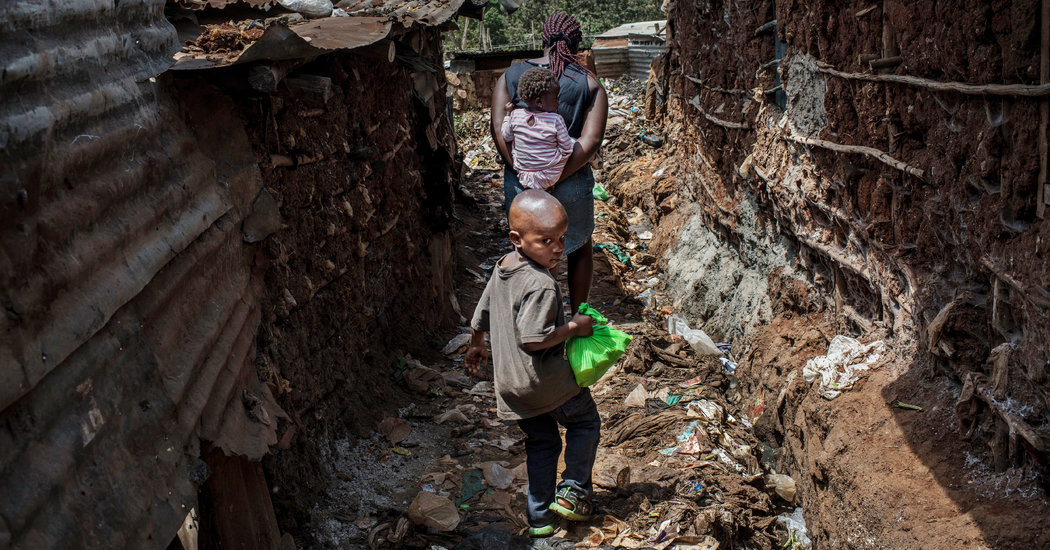 Nestled in a verdant valley just outside Nairobi, it boasts top-notch equipment and a mix of Kenyan and foreign doctors that draw patients from across the country. But being a referral hospital has a downside: Many people arrive quite sick and have already cycled through a plethora of antibiotics. “Oftentimes they have taken every drug that is commonly available,” said Dr. Evelyn Mbugua, an internist.

Mr. Thade was one of several patients that day struggling to overcome resistant bugs. In the pediatric ward, a one-month-old baby, Blessing Karanja, was fighting a worrisome blood infection, and elsewhere in the hospital, Grace Mutiga, 65, a retired nurse, was back again with a tenacious respiratory infection.

Having taken five different antibiotics over the previous few weeks — drugs purchased at the local pharmacy — Ms. Mutiga was running out of options. “We’ll have to see if we can get an antibiotic from Nairobi,” a doctor said as Ms. Mutiga struggled to catch her breath.

In Kenya and other emerging economies, the most effective antibiotics are not always available, or affordable. Loice Achieng, an infectious disease doctor at Kenyatta National Hospital, shook her head when recalling one recent patient, a 65-year-old kidney transplant recipient infected with Pseudomonas aeruginosa, a bacterial illness that is often acquired in hospitals.

After the patient had taken every appropriate antibiotic available in Kenya, Dr. Achieng told the family their only hope was Avycaz, a four-year-old, American-made drug. There were hurdles, however, including red tape from Kenyan customs officials and a $10,000 price tag for a 10-day course. After several days, his children managed to gather the necessary funds, but it was too late. The man died.