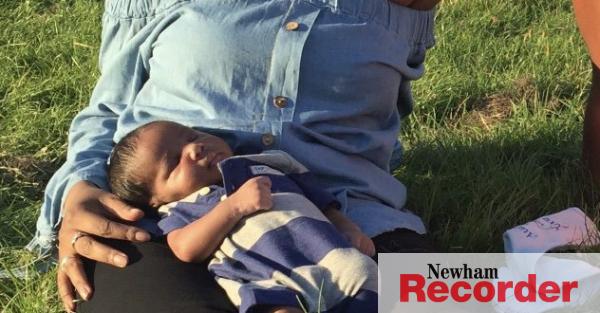 A mother whose baby died after medical failings has said it is vital no one else suffers what she has been through.

Following an inquest and investigation, Barts Health NHS Trust which runs the Royal London, has admitted liability for Caliel Smith-Kwami’s death and offered its ‘sincere apologies’ to his mum, Sabreena Smith.

Caliel spent several days in the Royal London Hospital’s intensive care unit because of low blood sugar levels before being discharged on August 2, 2017 – before the results of key insulin tests were known.

On the day Sabreena registered his birth, he died after a cardiac arrest caused by a condition linked to low blood sugar.

Sabreena, from Canning Town, said: “Caliel was taken from us far too soon but the three weeks I had with him were the best time of my life.

“It is still very hard to think about what happened and how, if things had been different, he could have still been here.

“It is absolutely vital that everything I have been through never happens again and I hope that the investigation, inquest and now this admission of liability are signs that lessons are being learned.

“Caliel’s name means ‘guardian angel’ and I hope that what has happened ensures other children are protected and get the standard of care that they deserve.”

The inquest into Caliel’s death heard that insulin test results were delayed because of a broken machine and that medical experts should have chased the results which would have made sure Caliel got the right care.

Midwives were also not told he had been discharged meaning they couldn’t chase the results either.

Irwin Mitchell lawyer, Georgie Cushing, said: “This is a truly devastating case which is made even more tragic by the fact that Caliel’s death could and should have been avoided.”

Barts’s own investigation has recommended all neonatal test results are now followed up before babies are discharged and its labs will inform medics sooner about any abnormalities. Maternity services must also now ensure new mums’ correct addresses are recorded.

The trust agreed to pay Sabreena an undisclosed sum to fund her specialist support while Alwen Williams CBE, its chief executive, wrote to her saying lessons had been learned.