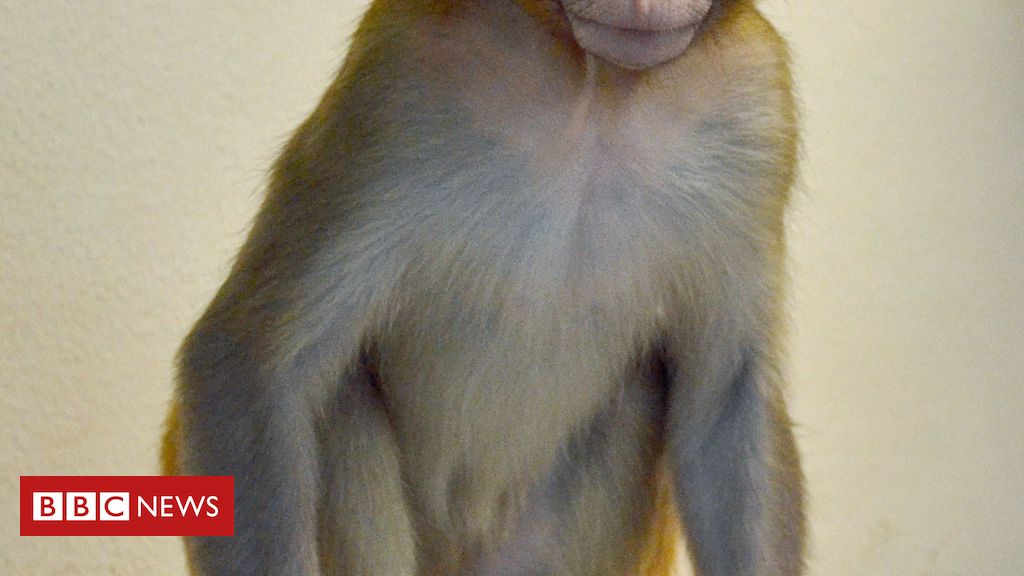 Scientists say they have made a significant leap towards helping boys with cancer stay fertile, thanks to a baby monkey called Grady.

Cancer treatment can damage a boy’s undeveloped testes and leaves a third of survivors infertile in adulthood.

Experts said the technique, detailed in the journal Science, could soon be used in the clinic.

Chemotherapy and radiotherapy can destroy someone’s ability to have children.

Women and girls can have eggs or ovaries frozen in order to have children after their cancer therapy is over.

Adult men can have a sperm sample frozen, but this is not an option for boys who have not gone through puberty.

So how was Grady born?

Scientists at the University of Pittsburgh and the National Institute of Child Health and Human Development started with five male rhesus macaques.

The animals had not started puberty so their testes were not yet sperm-making factories.

Then the researchers removed a testicle from each monkey, cut it up into small pieces and put the fragments on ice to cryopreserve them.

Around half a year later the monkeys were made infertile.

Then fragments of their preserved testes were thawed and were grafted underneath the monkey’s skin.

As the animals went through puberty, the testicular tissue matured and grew; when scientists looked inside “we found that there were sperm”, said Prof Kyle Orwig, from the University of Pittsburgh School of Medicine.

This sperm was used to fertilise an egg and baby girl Grady was the result.

How effective was it?

Just over eight out of every 10 testicular tissue grafts started producing sperm after the macaques went through puberty.

Around four in 10 fertilised eggs developed into early stage embryos.

A total of 11 embryos were implanted into female macaques, which resulted in one pregnancy and one healthy baby.

Is this ready for human use?

The scientists think it is close.

Prof Orwig said: “Having succeeded to produce a live-born and healthy baby, we feel that this is a technology that is ready for the human clinic.”

But other researchers say they would like to see more evidence before it is tried on humans for the first time.

Some boys have already had testicular tissue frozen in the hope that science would one day give them the option of having children.

Would this be safe?

The biggest risk would be giving the child cancer again.

If any cancerous material was hidden inside the testes, then it too would be frozen and reintroduced to the child’s body along with the graft.

Cancers of the blood – like leukaemia and lymphoma – as well as testicular cancer, would be problematic.

Doctors would also want to be sure that the process did not affect the genetic material packaged up inside the sperm.

What do the experts think?

Dr Susan Taymans, from the National Institute of Child Health and Human Development, told the BBC: “I think it is very significant.

“It is a very exciting proof of principle that this really can work, but there’s a few more things I’d like to see.

“This is one live healthy baby, which is fantastic, but I think we’d like to see a couple more.”

She also said: “I’m hopeful boys whose tissue has been frozen will be able to use it in their lifetime.”

Allan Pacey, professor of andrology at the University of Sheffield, said: “This is a really excellent study, which is a great step forward, but it is important to remember that before we could attempt to use it in humans, further research would be needed to show that it is safe and that it works in the same kind of way.

“This, I think, is still a number of years away.”