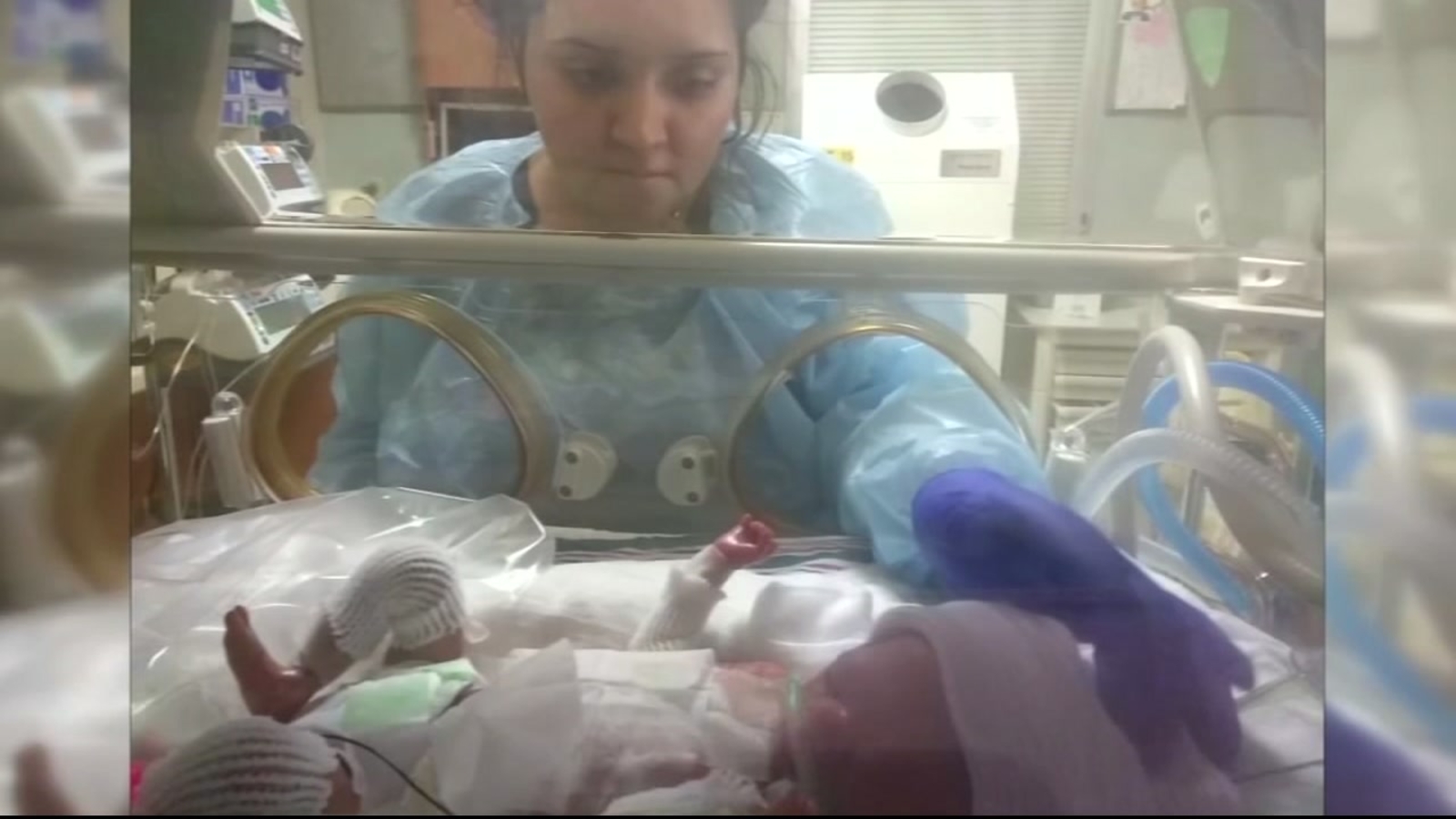 “He literally from the neck down, from the front and back nothing, there was no skin and even parts of his legs he had no skin,” said his mother Priscilla Maldonado.

Maldonado says doctors told her only two other babies like Ja’bari have been born in the U.S., neither of them survived.

After spending the first three months of his life in a San Antonio NICU doctors told the family to prepare for the worst.

“If it wasn’t his purpose to be here, he would have been gone from birth or even before birth, so he does have a purpose in this world and we never know what it is until the future,” Maldonado said.

Ja’bari does have complications from the disease, his eyes are fused shut and even though his skin has started to grow on his own, his fingers, toes and neck became fused while in the NICU.

“It’s just now, that his neck is fused together, now he has another challenge to conquer which is his breathing because it is completely bent in half, his airway, just because it’s fused together,” Maldonado said.

Ja’bari is in stable condition after the medical flight from San Antonio.

His mother and father drove down together and are staying in a nearby hotel indefinitely. They hope his treatment will begin soon.

“The first thing that we need to conquer is his breathing, so hopefully they’re able to remove that scar tissue on his neck and reposition his neck so that way it does grow again perfectly normal,” Maldonado said.

Maldonado says there was no sign of the disease during her pregnancy, and they only discovered it after he was born and aptly named. Ja’bari she says means ‘fighter.’

“It actually means fighter and warrior, and that name was given to him by his grandfather, which we didn’t even know what his condition was, and come to find out it fits exactly what he’s going through,” Maldonado told Eyewitness News.

Ja’bari’s family has set up a GoFundMe page in order to help with medical bills and expenses.