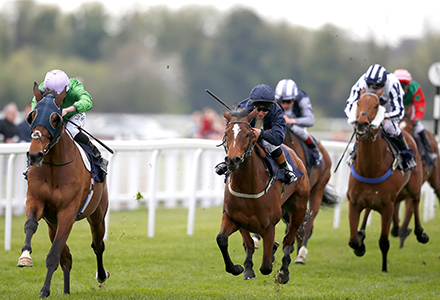 TELECASTER (NAP) (best price 5-4) shaped with plenty of promise in a hot maiden at Doncaster on his debut 16 days ago and hailing from a yard that had a notable winner at Newbury on Saturday, Hughie Morrison’s inmate looks to have bright prospects of getting off the mark at the second time of asking. In a well-run race on town Moor, the son of New Approach impressed by the way he went through the race and although he couldn’t quite go with the well-fancied Bangkok from a bang-in-form yard, he kept in willingly all the way to the line.

With the pair pulling well clear of the rest, there’s every reason to believe the front two are well above-average and even though today’s assignment won’t be a pushover up against the potentially smart Deal A Dollar, the three-year-old colt will hopefully press home his fitness advantage.