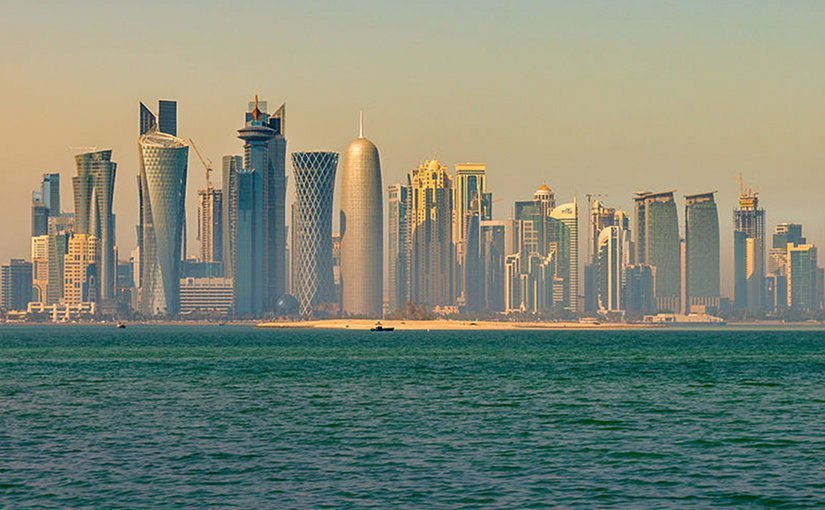 I am a German national who is married to a Qatari royal, Sheikh Talal Bin Abdul Aziz Al Thani. This particular al-Thani is not part of the “in favor” crown of the Al Thani family tree, and myself and my children are suffering from lack of care and while in Qatar, received no assistance due to local prejudices. I am a victim of the Qatari social strata but more importantly an example of an individual who falls through the cracks of the Qatari welfare system and is not able to pursue any legal recourse in the country itself. Such a case raises issues exactly about priorities of Doha to its own inhabitants over supporting its international foreign policy.

My story starts off with a quote: “God, thou seest my torments, and wilt end them!” This infamous quote from Johann Wolfgang von Goethe’s infamous novel, “The Sorrows of Young Werther”, communicates a sense of profound injustice. However, it does not even begin to capture the sense of injustice that has befallen me and my family.

My story is replete with the worst possible incarnations of cruelty, vengeance and inhumanity. Qatari law for myself and my chidren has been stripped bare of any justice, bowing only to those who have absolute power. “The courts have become a den of corruption and conspiracy, where the rule of law is held prisoner by judges who serve power-hungry tyrants, and money is used as a tool of suppression and murder” are powerful words.

This personal tragedy started in 2007, when I married Sheikh Talal Bin Abdul Aziz Al Thani, the son of one of the founding fathers of Qatar. Sheikh Talal conspired against by the father of the current emir of Qatar, Sheikh Hamad Bin Khalifa Al Thani. In turn, Sheikh Hamad’s son, Sheikh Tamim bin Hamad Al Thani, conspired against his own father to overthrow his rule. Ever since assuming control of Qatar, Sheikh Tamim has been in the process of deceiving the world through his media empire mainly via al-Jazeera Arabic, which employs thousands to conceal his legacy of fraud, lies, injustice and revenge by broadcasting simply misleading stories about what is ongoing in Qatar.

To be sure, Qatar is a country that advertises itself as a beacon of human civility, bathing the international community with false, insincere claims of support for the world’s efforts to protect human rights, and has forcefully and unjustly punished a German woman and her children in a act of vengeance against her and her husband, Qatari royal who is out of favor. My husband is currently in one of Qatar’s prisons, and happens to be the son of a potential successor from the al-Thani family who is out of favor. This part of the al-Thani family, who are increasingly outcast in their country, is creating victims like Arian and her children. This fact begs the question of other wives and children suffering because of political family infighting in Qatar.

I am adamant about my situation and I want to voice loudly my situation. The current Emir of Qatar, his father, and all the other Qatari state institutions have violated my rights, the rights of my children, and the rights of my husband. I have been subjected to nothing but constant deceit and vacuous promises from Qatari officials, eventually dragging me and my children from London to Doha under the false impression that the government would grant them all of their rights. Flying from Europe to get Doha in 2007, Sheikh Talal Bin Abdul Aziz Al Thani immediately signed papers with Qatari officials offering my husband a good business opportunity. The opportunity turned into a set-up and a sham executed by Qatar judiciary who are heavily biased against royals who are out of favor. My husband Sheikh Talal Bin Abdul Aziz Al Thani received 22 years in prison.

In an instant, me and my children went from being a relatively stable family to a homeless family that had fallen victim to this internal dispute. Overnight, the Qatari government became their opponents, as me and my children were chased and hunted down, and harassed. We were forced to live in abject filth and squalor in one of Doha’s industrial areas. This period proved the most trying and challenging for me and the children, as they began to suffer from one disease after another. The children were denied any access to medical care while in Qatar.

I am a proud, traditional German lady with four children. We are paying a heavy price for an old, petty grievance towards the father of my husband, Sheikh Abdul Aziz bin Hamad. This spitefulness is coming from the former emir of Qatar, Hamad bin Khalifa, and his son, the current Emir of Qatar, Tamim, are hurting families like mine and countless others. For Arian, the Qatari government is committed to the worst forms of injustice and torment that they could possibly inflict upon a human being.

My story and its message reflects very poorly on Qatar as the country tries to stay afloat while funding and support nefarious groups throughout the region. Qatar needs to contend with its own human rights issues first and especially when intra Qatar infighting complicates the lives of those who fall thru the cracks of the Arabian Gulf country.

Did you enjoy this article? Then please consider donating today to ensure that Eurasia Review can continue to be able to provide similar content.